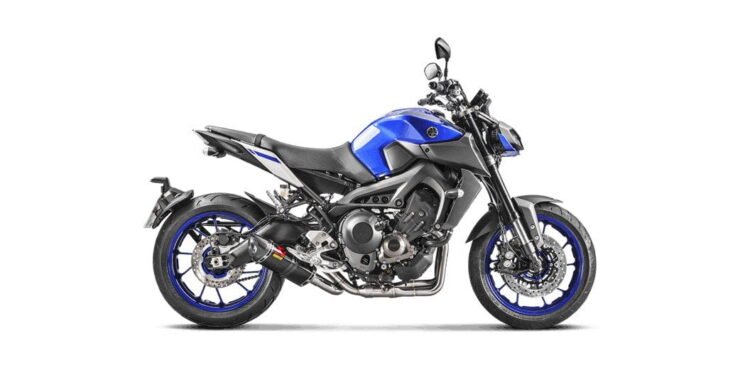 Yamaha’s MT-09 was introduced back in 2014 and is also known in North America as the Yamaha FZ-09.

The Yamaha MT-09  primarily competes (but is not limited to) against the Triumph Street Triple, Speed Triple the Z900 Brutale/Dragster 800, and KTM Duke 790/890, etc.

Though there is a wide range of other machines in its purview including Yamaha’s own smaller MT-07 and larger MT-10.

The naked motorcycle class has become extremely popular in recent years and there are a huge number of machines across multiple classes.

Many many punters have turned their backs on Superbike and Supersports machines and instead opted for more practical alternatives.

These machines might not provide the ultimate performance of a Superbike they definitely hit a sound ratio of comfort, practicality, and performance. 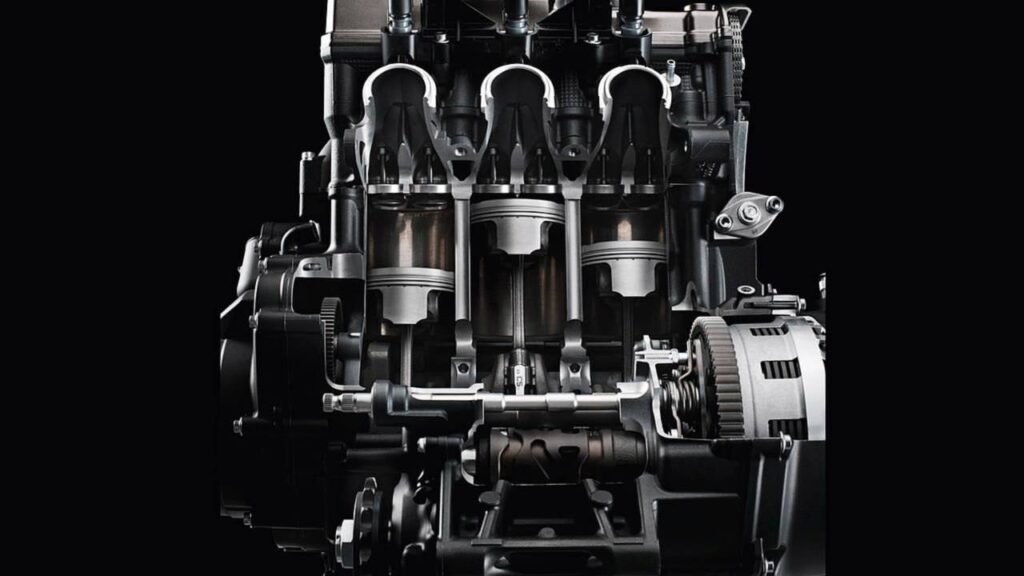 The MT-09 was part of an array of new and appealing naked motorcycles intended to restore Yamaha’s fortunes!

Yamaha as a brand had in recent years prior in the eyes of some lost its reputation for innovation. Some models such as the FZ6, FZ6R, FZ8 and  FZ1 became a little long in the tooth

The MT-09’s product manager, Shun Miyazawa, said Yamaha had considered parallel twins, inline-threes, inline-fours, and V-twins, but that the inline-three gave the “best solution” of power, torque, and low weight.

Comparing the MT-09 to the Street Triple, he said the Triumph was a streetfighter, but the Yamaha was a “roadster motard”.

Despite the above statement, Yamaha may have gone for the inline-three to power the MT-09, but they went for a parallel two and inline-four for the MT-07 and MT-10. 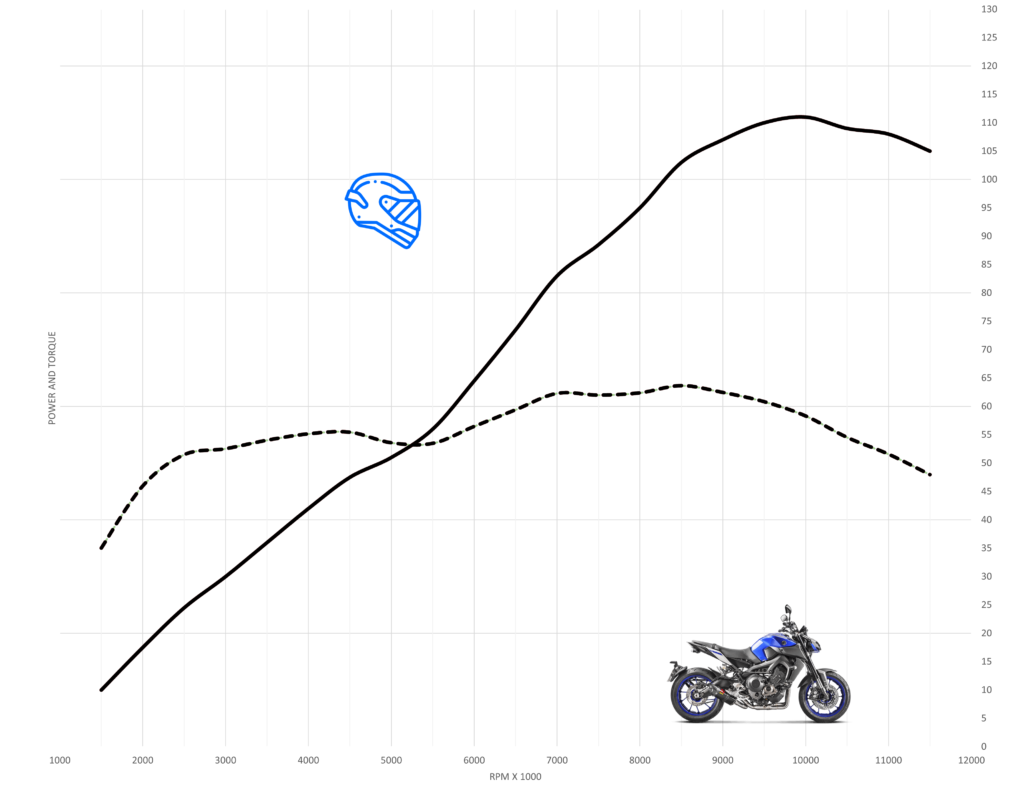 The MT-09 is the first Yamaha motorcycle since 1981 to feature a triple cylinder 4-stroke engine,!

This is an engine configuration that has been made popular in recent years by Triumph and MV Agusta.

The motor powering the Yamaha MT-09 is a compact 847 cc inline-three engine. Yamaha claims a power output of 115 hp at the crank delivered at 10,000 rpm.

That is a pretty good number considering that Yamaha claims 115 horsepower for the MT-09.

Typically, we often see at least 10% transmission losses when power makes its way from the crank to the rear wheel.

The power the Yamaha MT-09 kicks out is not earth-shattering by today’s standards, but for a light-heavyweight naked but it is more than respectable and is in line with other class competitors.

While the numbers are not huge, it doesn’t tell the whole story.

That 110 horsepower is well spread across the entire rpm range, meaning that you do not need to scream the engine to make decent haste and can easily short-shift it through its gears and make rapid progress.

The engine produces more than 50 ft/lb of torque from as little as 2,500 rpm.

Torque builds gradually but does suffer a slight dip between 5,000 and 5,500 rpm. This dip is very likely due to emissions and noise restrictions.

The torque curve quickly recovers with a nice surge where it breaks the 60 ft/lb figure a little after 6,600 rpm where it goes onto its peak of 64 ft/lb at 8,500 rpm. 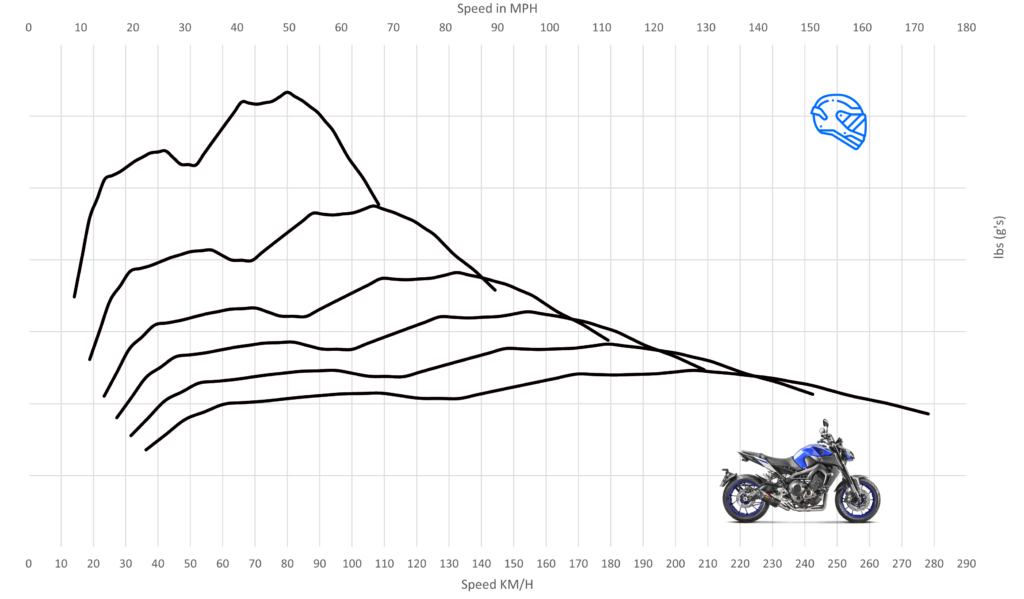 The Yamaha MT-09 has fantastic In-gear acceleration due to a good spread of torque and sensible gearing.

Both together ensure that the Yamaha MT-09 feels a whole lot more rapid when driving it from lower rpm and at sensible speeds.

Describing the MT-09s engine as ‘punchy’ would almost be a disservice to the motor.

In gear, it accelerates more like a 1000 cc naked bike rather than a sub-liter engine at 847 cc and has a top end that punches almost as hard too.

In pretty much all riding situations on roads that throw up variety, the MT-09 engine is pretty much perfect.

You can ride the MT-09 in any of the first four gears on the above roads and you’ll always have more than enough drive to blast from corner to corner.

You can use the gearbox and change up and down like a lunatic just to hear that beautiful inline-three.

You can also just stick it in third gear or even fourth gear and you’re covered.

Even on super slow and tight bends, you can run the Yamaha MT-09 down to a little over 20 mph in fourth gear and the MT-09 engine will dig deep and fire you out of the corner.

As the triple-cylinder engine sounds so good, it is much easier to use that gearbox and wind it right out to 11,500 rpm just for the noise alone.

It is an amazingly effective engine and feels very quick sub 100 mph and on tight and twisty roads when blasting from one corner to the next.

MT Series speed at 500 rpm in each gear 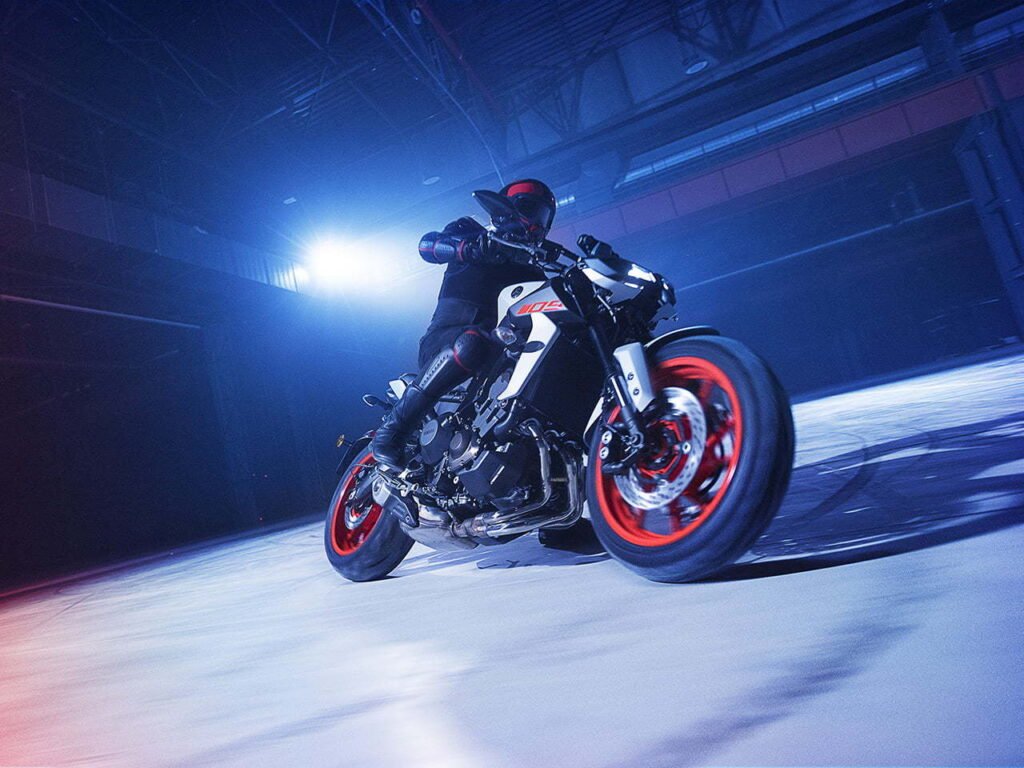 If you invite it to, The Yamaha MT-09 will almost literally power wheelie from tick-over in first gear and will come up nicely on the power if accelerating through 40 mph in second gear too without hesitation.

The Yamaha MT-09 is incredibly fun to launch from a dig!.

But its liveliness does make the Yamaha MT09 pretty hard to get the perfect start when launching it hard.

To have the best chance of getting those optimum times, electronic aids should be left off.

This is because the TCS equipped on the Yamaha MT-09 is pretty basic and is way too intrusive and cuts power that hurts acceleration in the first two gears.

With the nanny interventions off the Yamaha MT-09 will accelerate from  0-60 mph in only 2.95 which is an amazing time.

Those two above acceleration times are somewhat class-leading and are up there with many of the litrebikes that produce almost double the power of the Yamaha MT-09.

Keep feeding the Yamaha MT-09 gears and it will nudge under the eleven-second mark at the drag strip with a quarter mile time of 10.69 @ 129 mph.

A more realistic time from a light and competent rider would be very high tens or low or flat elevens.

Mid-ten-second runs are certainly doable for the best out there though must be accompanied by a perfect launch, conditions, and jockey-weight rider.

Their fairings and better aerodynamics would eventually give them the edge over the Yamaha MT-09 has speed gets very high.

The Yamaha MT-09 as an extremely effective point-and-squirt urban weapon.

The urban environment is where this bike is most effective and where not much will touch it. The same can be said for twisty country roads too. 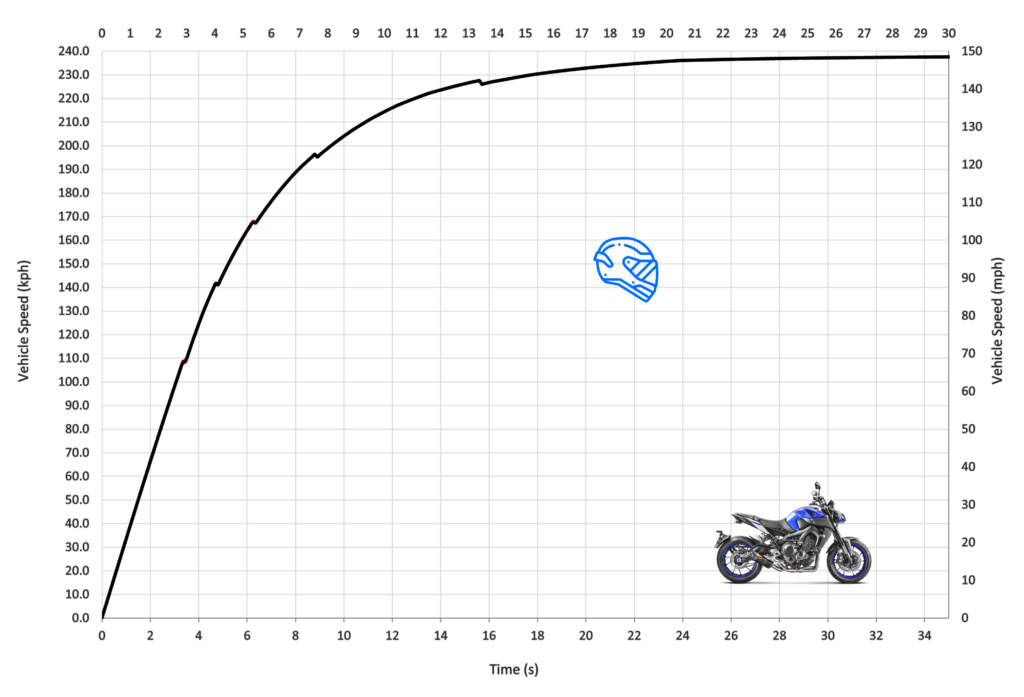 In top gear, the Yamaha MT-09  stops dead though as at the very least, in some markets YamahaMT-09s as stock have various ECU restrictions and will barely top out at 130 mph.

There is plenty to go in terms of rpm, but the Yamaha MT-09 hits a wall due to having very poor aerodynamics and protection for the rider.

Motorcycles with 110 horsepower can normally net you 160 plus mph if you have full faring and decent protection from the elements so even a small screen might help the Yamaha MT-09 get to 150 plus.

But top speed is not what this motorcycle is about seeing as it is a Naked bike but it still achieves a great top speed which will be more than enough for most riders.

The Yamaha MT-09 performs very well and makes good use of its power for highly effective acceleration both from a stop and in-gear.

Sure there are other larger-capacity naked bikes that offer the same and more but very few are as fun or as hooligan orientated.

The Yamaha MT-09 is more accurately compared against the  Kawasaki Z900, KTM 790 Duke / 890s, and Brutale and Dragster 800s and it very much can hold its own against those motorcycles.