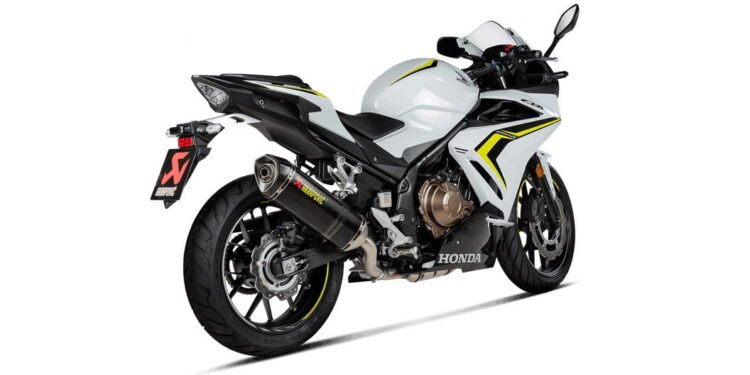 The Honda HondaCBR500R was introduced in 2013 as an entry-level commuter sportsbike that was aimed at new riders.

It currently sits above Honda’s own CBR250R and CBR300R bikes but below the bigger and more powerful four-cylinder CBR650R from which in its current guise the CBR500R takes its styling inspiration.

There is also a naked version called the CB500F.

The Honda CBR500R competes with many other bikes at various engine sizes in what is a hugely varied and competitive class.

Though. the Honda CBR500R is often considered a more sensible option not favoured by riders who want something a little more focused and exciting.

One of the Honda CBR500R’s main rivals would be the Kawasaki’s sportier Ninja 400, a bike giving away 73 cc though making similar power.

Both bikes are closely matched but the Ninja is a fair bit lighter giving it the edge in a straight line. 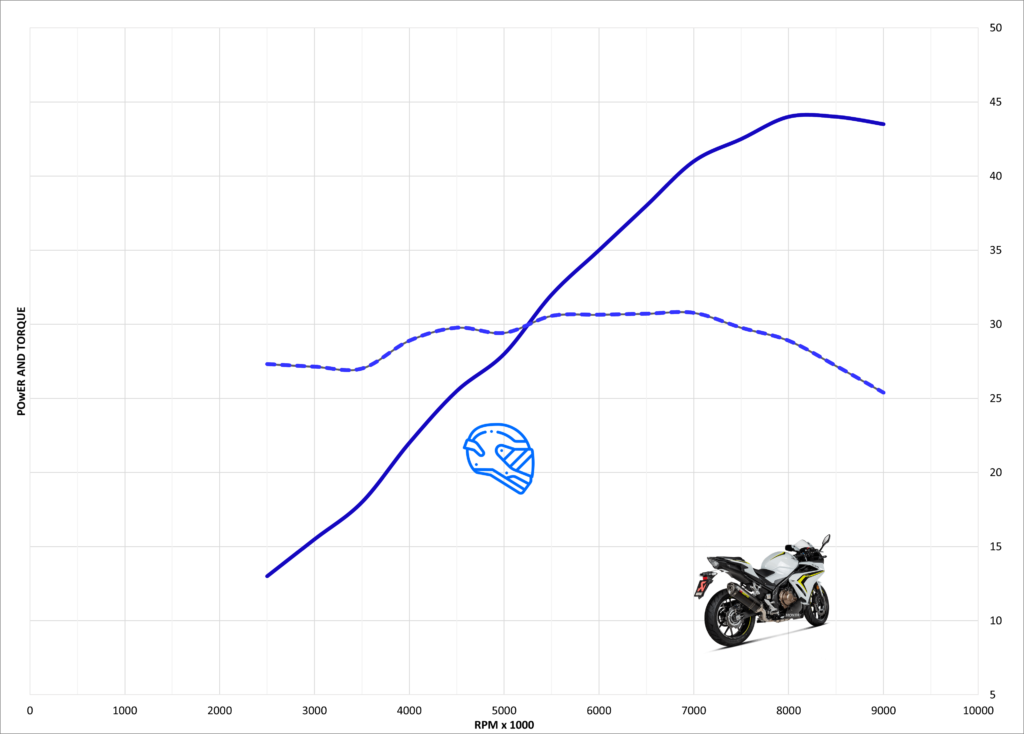 The CBR500R produces 44 horsepower at the rear wheels and is very close to Honda’s claim of 47.6 hp.

Typically we see 10-12% transmission losses from crank to rear wheel but less in this instance, so well-done Honda.

For its class the engine makes a decent amount of power and torque throughout the rev range, so you don’t need to necessarily work the gearbox frantically like on some of the smaller capacity rivals such as the Ninja 300 and YZF-R3.

Though, in saying that you still do benefit from being in the right gear for that concise overtake, as a sub 500 cc sub 50 hp bike is only so fast.

Power is delivered in a very linear way and I’m afraid it is not hugely exciting. 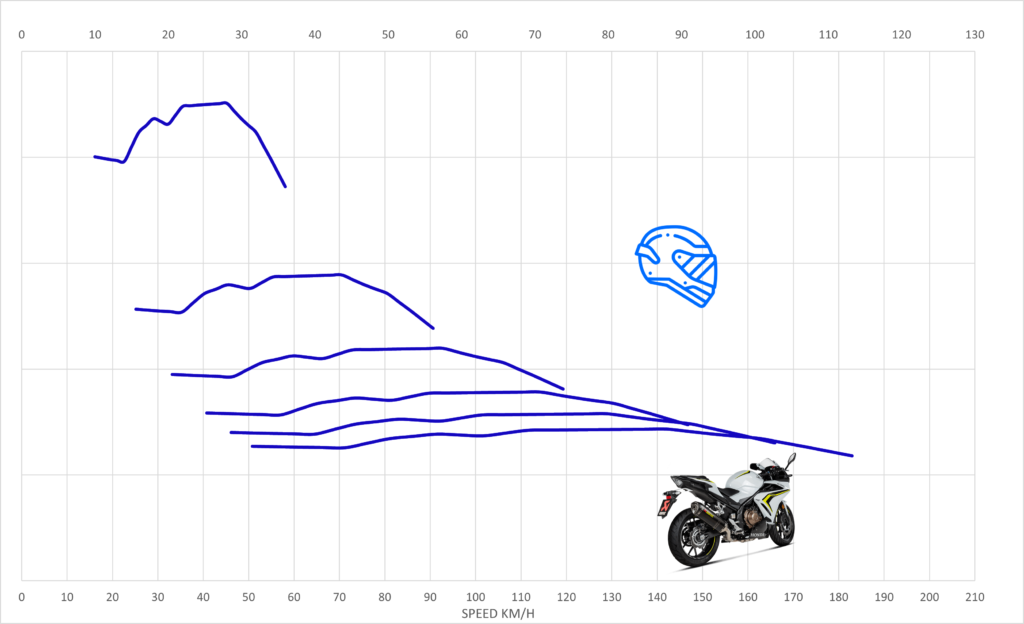 You will have heaps more satisfaction screaming the Yamaha R3, Ninja 300, and 400 to their higher respective redlines of 11000 rpm plus.

This is because the Honda CBR500R revs to only a little over 9000 rpm which is pretty low for a sporty small-capacity motorcycle.

In fairness to the Honda CBR500R, it’s not meant to deliver its engine performance in a frantic way that requires the rider to work hard, instead the contrary.

The Honda CBR500R Rather delivering easily accessible and dependable smooth power that is not intimidating to new riders who are this motorcycle’s target demographic. 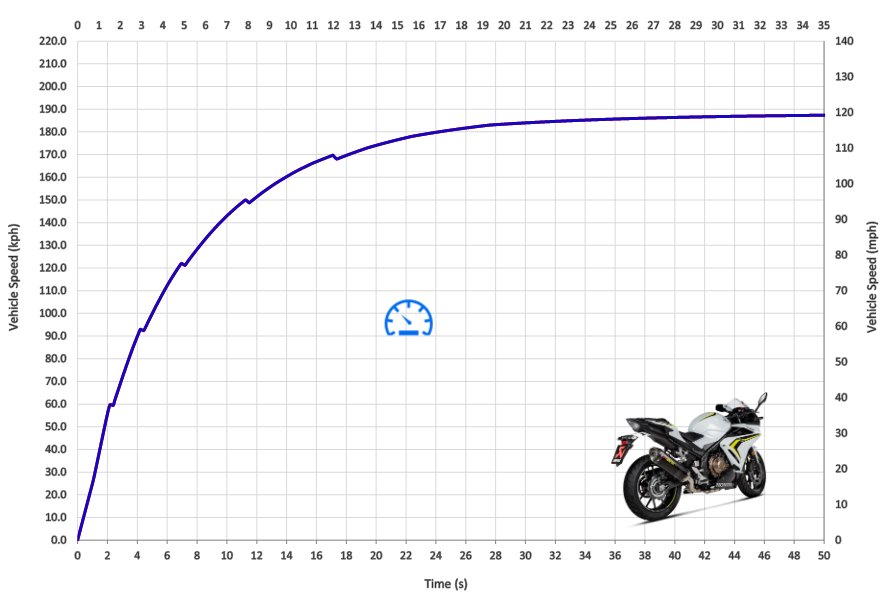 While not the most exciting in class the Honda CBR500R is not the slowest.

The YZF-R3, Ninja 300, and Honda’s own CBR300R are dispatched though we would have to see how it fares against the RC 390 which we have recently tested.

We have tested YZF-R3 and the CBR500R has the edge. Though the Ninja 400 has it beat if push comes to shove.

Already touched upon, the engine delivery is very linear and uneventful and as a result, the Honda CBR500R does feel a little slower than it objectively is.

But with a jockey rider and a perfect launch in perfect conditions, the Honda CBR500R can still accelerate from 0-60 mph in only 4.74 seconds.

And then in 4th and fifth gear you should shift at approx 8800 rpm. Anything else and your elapsed time and terminal speed will suffer.

Equally, there is more than enough acceleration for swift and safe overtakes at highway speeds, but you’d certainly need to use 4th or 5th for the best effect when accelerating from 70 mph.

The Honda CBR500R’s top speed, with chin on the tank, is right at the rev limiter in top gear and is a very respectable 116.8 mph.

You may have come across slower times in your research of this motorcycle, such as 14-15 second quarter mile times. Smaller capacity lower power bikes are greatly affected in poor conditions or with heavier riders.

Also, many Honda CBR500R riders tend to be new and inexperienced. Regardless, as mentioned, this bike can dip in the 13s if the stars align.

It is an unassuming bike that can surprise many sporty cars at the traffic light GP if that is your thing. 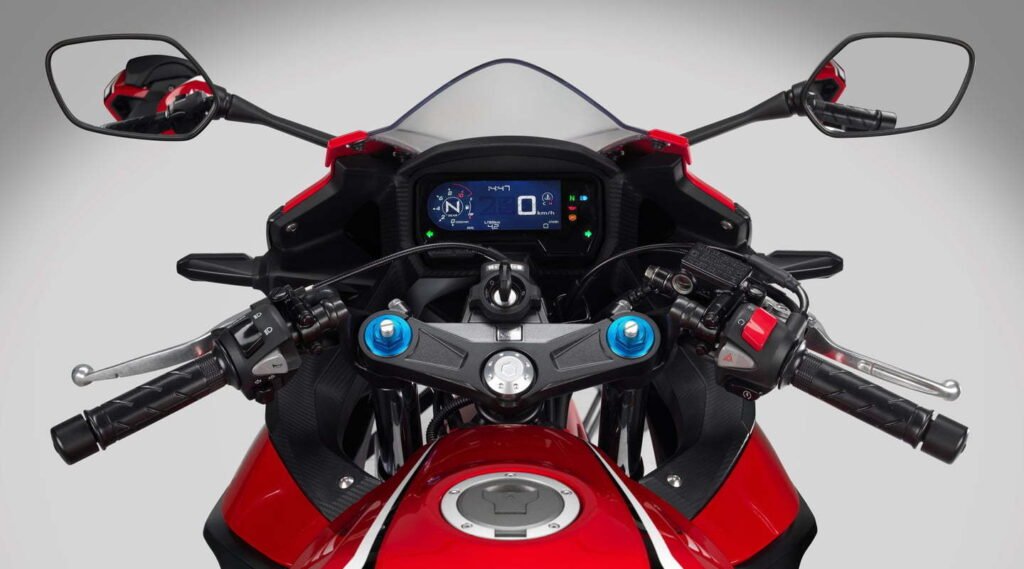