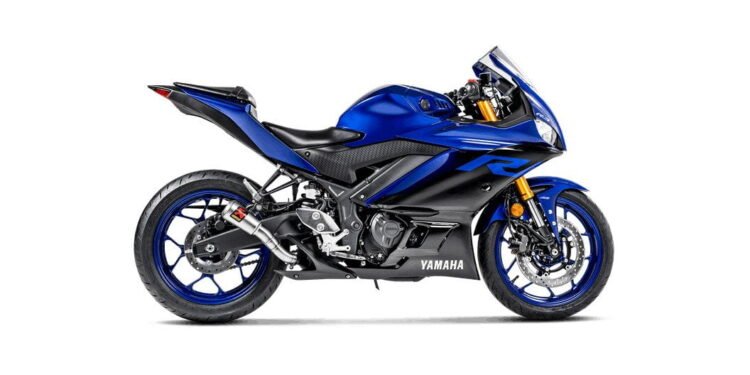 Yamaha was a little late to the low-capacity entry-level sportbike market that saw several new bikes introduced by competitors in the last decade.

Yamaha probably saw the success that Kawasaki was having with their Ninja 250 and Ninja 300 bikes and saw an opportunity to cash in by leveraging the name of the very popular and somewhat legendary ‘R’ series of bikes such as the R1 and R6  and introduced an entry-level machine that at the time sat neatly at the bottom of the R series family but resembled the larger motorcycles in the series.

2015 was the year that Yamaha unleashed the YZF-R3 unto the world! The small and lightweight two-cylinder bike firmly focused on toppling what was at the time one of the most popular entry-level sportsbikes. Which was the Ninja 300.

Power was only up a claimed 3 hp while torque was 1.8 lb/ft more than the Ninja 300.  Despite the larger engine, Yamaha managed to undercut its main rival in the weight department, coming in at 167 kg dry and thus making it 7 kg lighter than the Ninja.

When you only have 42 hp even small weight savings can have a profound effect on straight-line performance. 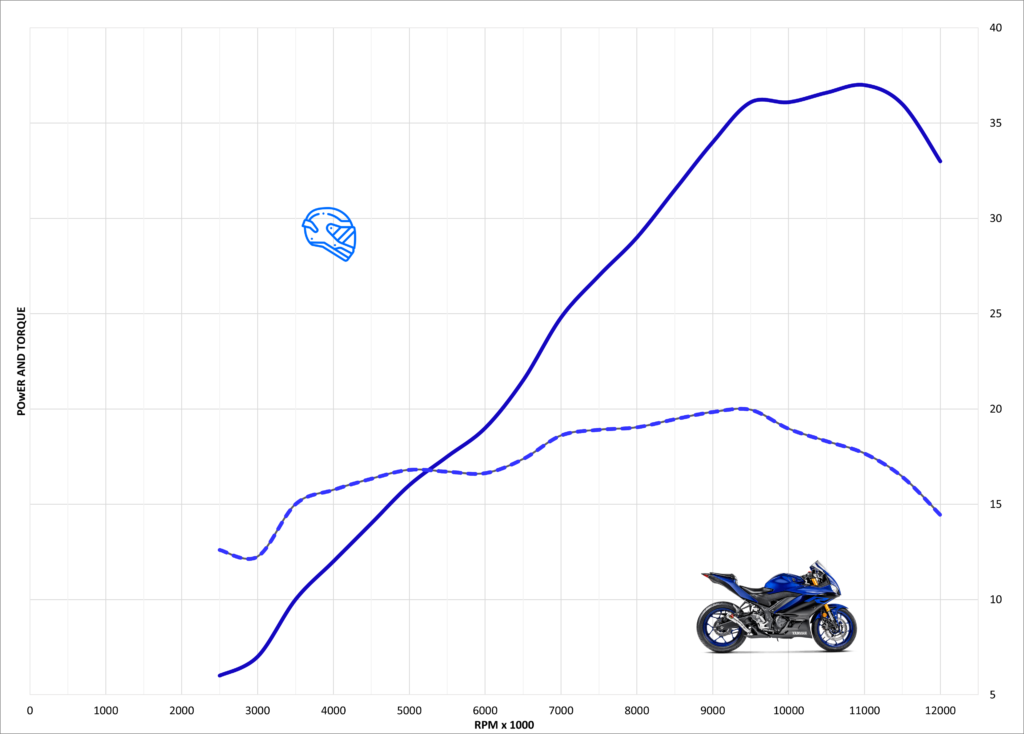 The R3 does produce its peak torque quite close to its peak power at only 1500 rpm apart but there is a good drive available from 7000 rpm, which is the sweet spot in the power curve and exactly where you’d want to keep the motor buzzing if getting a move on or chasing down your friends through your roads of choice. 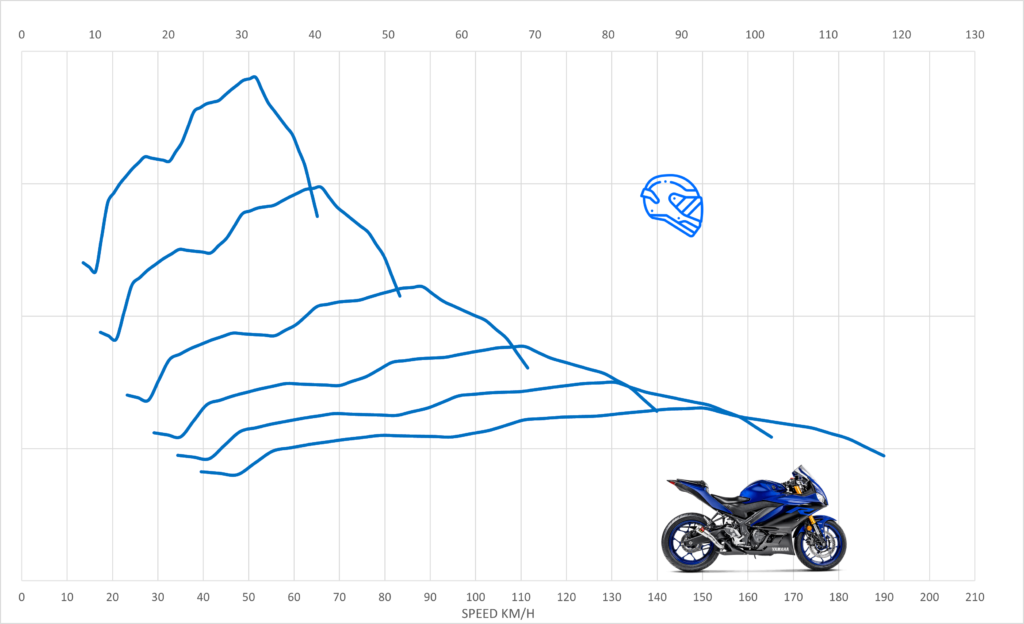 If we were to compare it to Kawasaki’s Ninja 300, the R3 engine is generally more flexible in almost all scenarios and especially so in second and third gear, and from 6000 rpm upwards in the remaining gears.

But the R3 does run with longer gearing than the Ninja 300, so its power and torque advantage does not really show as evidently as you’d expect. 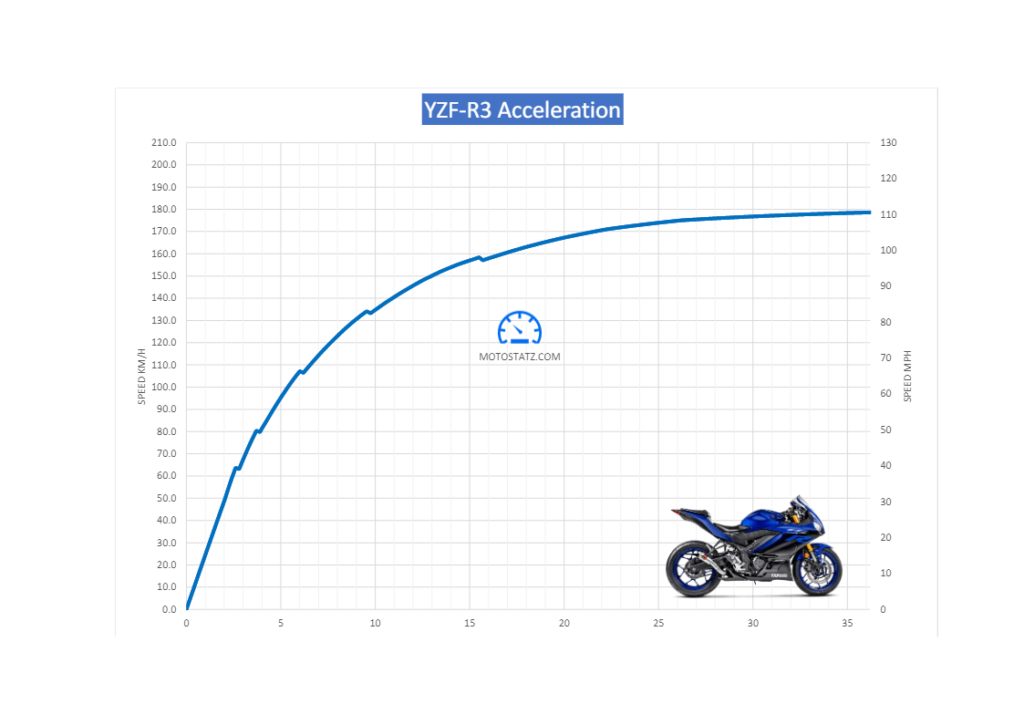 Like its engine performance, the Yamaha R3’s straight-line ability falls somewhere in the middle of the entry-level sportbike class that it occupies.  It’s not the fastest but holds its own quite respectively.

What’s most impressive of almost all of the 300 cc plus motorcycles in the category is that they all do sub six seconds 0-60 mph times, which is a whole lot more performance than a typically entry-level car such as a Yaris or similar.

The quarter-mile benchmark arrives in 14 seconds flat with a terminal speed of 95 mph.

This is a time that beats out one of its main rivals the – Ninja 300, a bike which we tested earlier but does not quite have the legs of its bigger brother the – Ninja 400 which is a bike that leads the class, and almost bites on the heels of the bikes next up in class such as the MT-07. 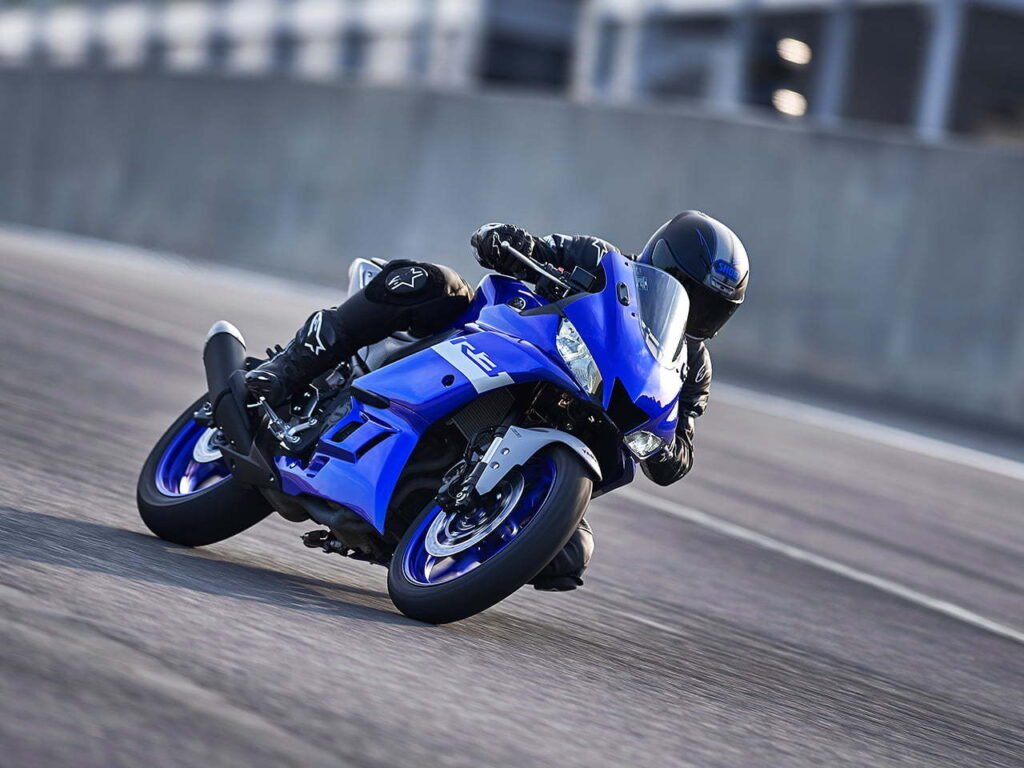 If you hold on tight and tuck real tightly the Yamaha R3 is good for a top speed of 112 mph.

Our bike does not hold onto its power as well as some other R3’s from 11,000 rpm so your mileage may vary. With a tailwind or decline, you can hit a real 120 mph just as you kiss the limiter in 6th.

For best acceleration progress the R3 is not too fussy, so you can flick the next gear anywhere between 10500 rpm and 12,000 rpm and you will still achieve consistent timed runs.

Again, I’ll emphasize, like all low cc low power bikes, their acceleration figures can vary greatly between riders and tests, with a light rider versus a heavy rider, or if you are accelerating into a headwind or aided by a tailwind.

If you have your eye on an R3 as your first sportbike, while it may not be the fastest option out there, it will certainly put a smile on your face as it offers up more than enough straight-line performance to get the blood flowing.