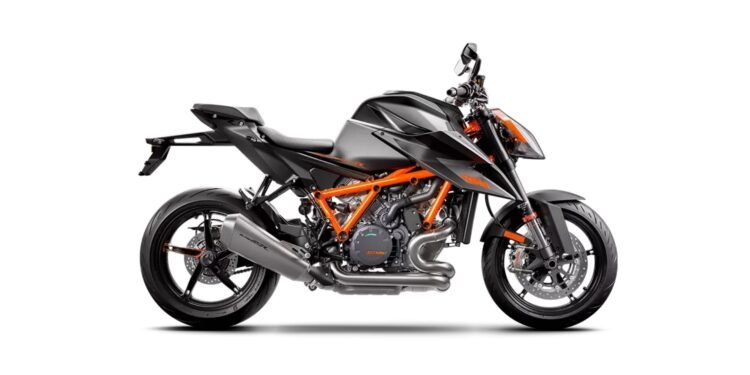 The KTM 1290 Super Duke R is the top model of the Duke range of motorcycles from popular Austrian brand KTM.

Currently the 1290 Super Duke R is one of the most powerful ‘Super Naked’ motorcycle on the market. Below we have top speed and acceleration data through the gears accompanied with Dyno Curve and Thrust Curve graphs. 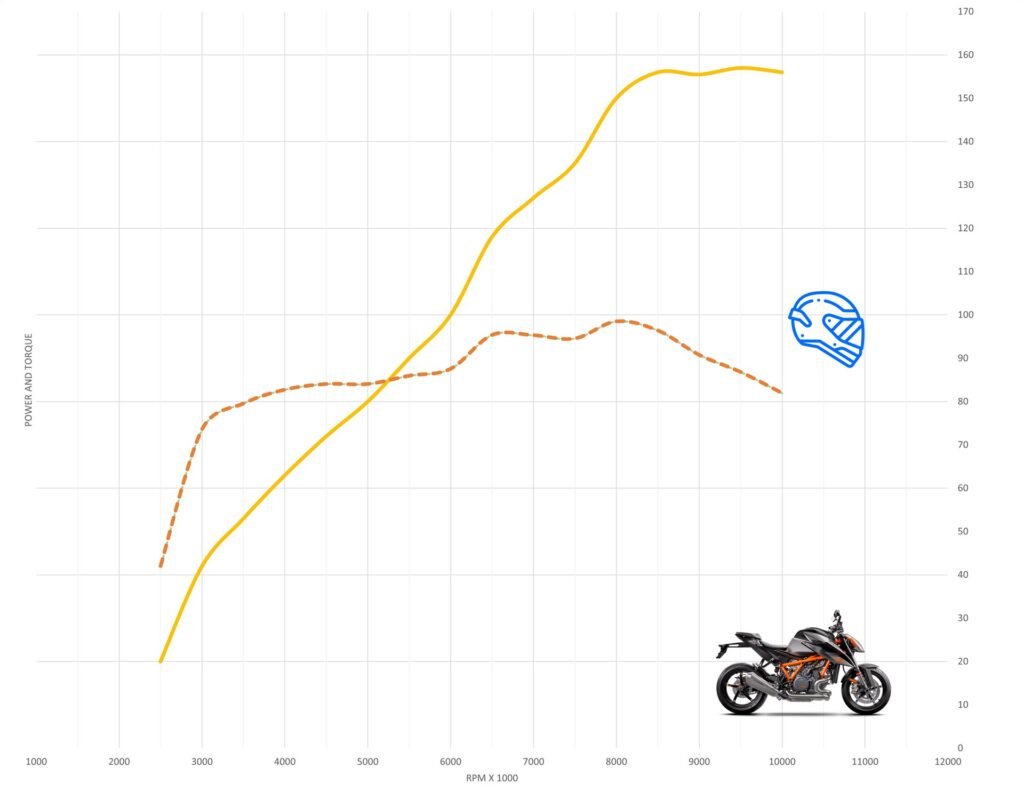 Powered by a monstrous 1301 cc 75° V-twin engine making a claimed 177 horsepower, the Super Duke 1290 is one of the most capable engines on the street.

The peak output at the rear wheel of 157 horsepower at 9550 rpm may be a little down on some other models in the class such as the V4 Streetfighter and the Z H2 but this does not describe the whole picture of what kind of real-word experience the KTM 1290 Super Duke R engine provides.

Thanks to an abundance of torque with a peak of 99 ft/lb at 8000 rpm and spread generously throughout the range with more than 80 ft/lb of torque from 3500 rpm onward equates to a very strong and flexible engine.

Ask for more rpm and the engine does not disappoint with a healthy burst of acceleration as you cross the 6000 rpm threshold.

While the 1290 Duke engine will welcome you revving it to 10k rpm you do not need to. It is possible to short-shift and absolutely fly on this motorcycle as is the exceptional in-gear acceleration on offer. 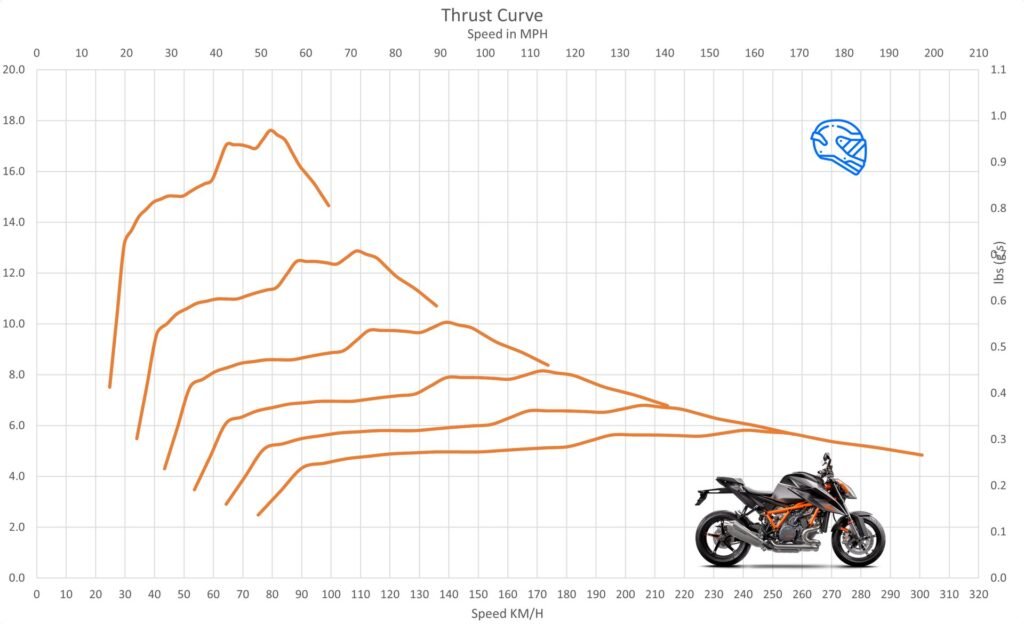 Pairing this hugely grunty engine with comparatively low gear ratios ensures that the KTM 1290 Super Duke R has an extremely explosive engine that requires little rpm on the dial to be shown to deliver incredible in-gear acceleration.

In terms of in-gear acceleration, the 1290 Super Duke R can dominate pretty much any motorcycle when it comes to roll-on acceleration in the first four gears from any speed under 120 mph providing that you can keep the front wheel down. That initial opening of the throttle will have it jump ahead of almost anything but the very fastest motorcycles. 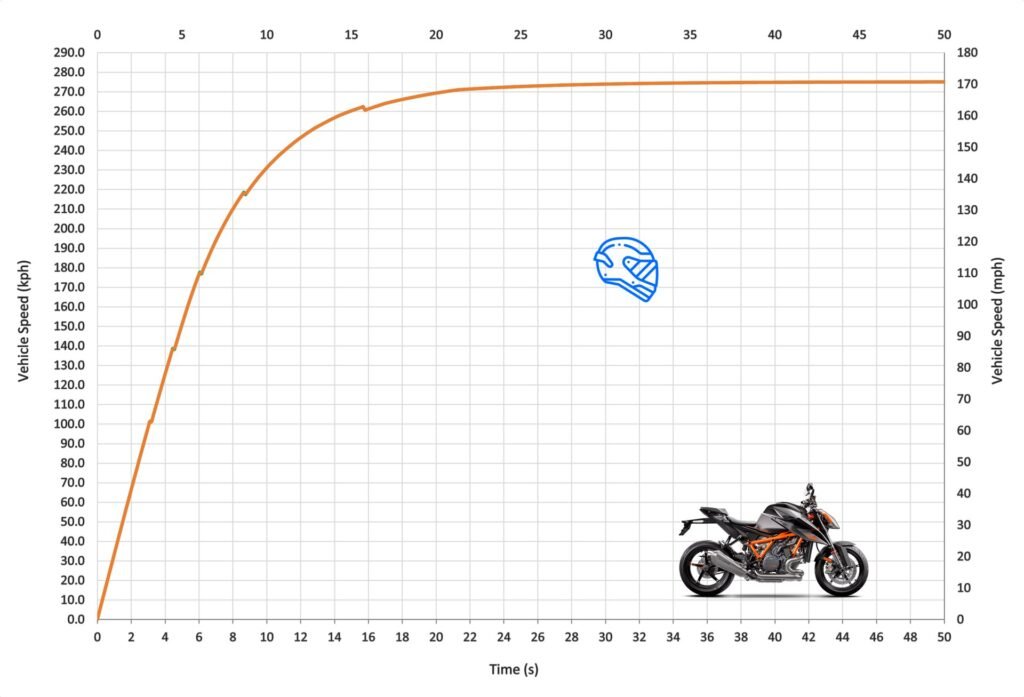 In terms of outright acceleration, the KTM 1290 Super Duke R really does not disappoint. Do not let the fact that this motorcycle is naked allude you to false assumptions about its straight-line ability.

As for top speed, if you hold it open long enough and feed the big KTM fifth and sixth gear the Super Naked KTM 1290 will hit a real 170 mph which is a brilliant top speed for a naked bike.