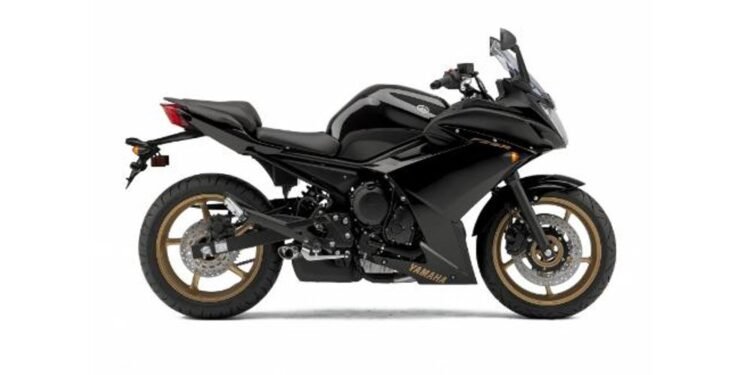 Yamaha’s FZ6R is an entry-level sports motorcycle that caters for new riders or commuters. It competes with many motorcycles including Honda’s CBR650F and R as well as the Ninja 650. 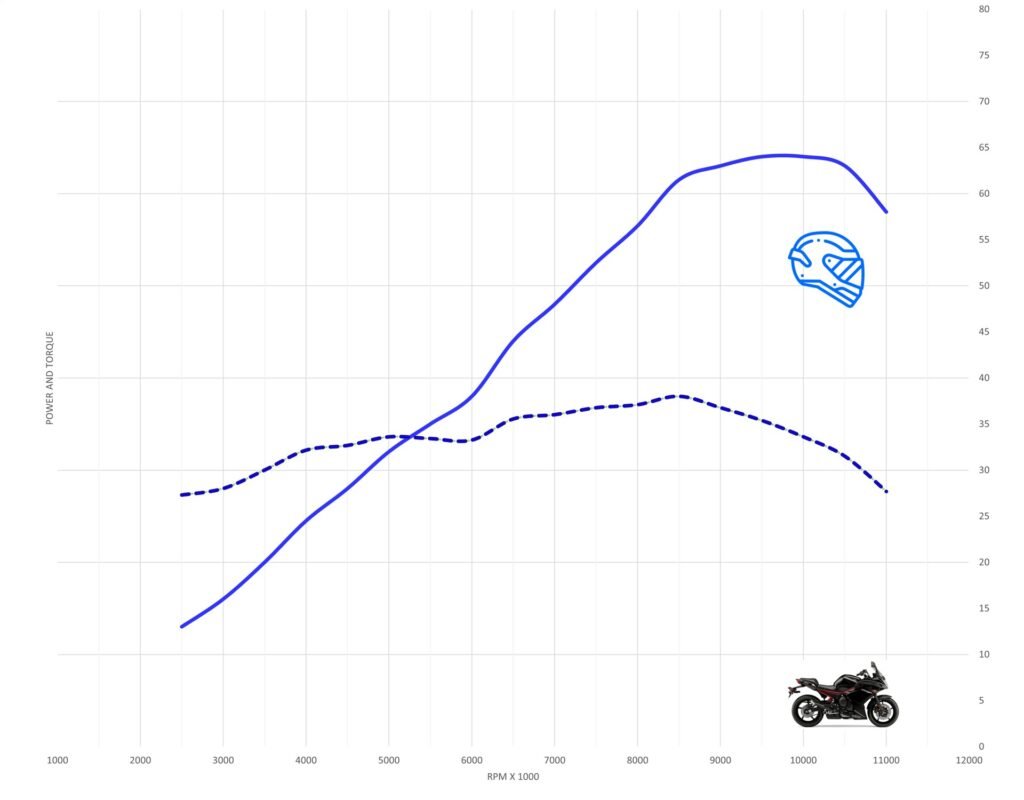 The Yamaha FZ6R’s engine is poached from an earlier Yamaha YZF-R6 though it has had some substantial changes made to it to improve the bottom and midrange at the sacrifice of peak power.

The FZ6R though has around 20 horsepower less due to the aggressive cam profile which is what makes the most difference to its output.

Unlike the naked FZ6 that ran from 04-09 or the R6, the engine of the FZ6R could not be further removed from both in its power delivery and peak output.

Claimed power for the FZ6R is 74 horsepower and at the rear wheel, this equates to 64 horsepower produced at around 9500 rpm give-and-take.

Gone is the howling top-end punch of both the FZ6 and R6 replaced with a little more oomph where you most need it on the road and under normal riding circumstances.

The FZ6R’s power delivery is learner smooth and Linea but does show a little of its heritage as it becomes a little livelier as you breach the 6000 rpm mark.

You expect it to build upon that initial surge and take-off as you approach 8000 rpm, but it never happens. instead, power flattens and levels off until around 10500 rpm which is about where you should be changing for the next gear. 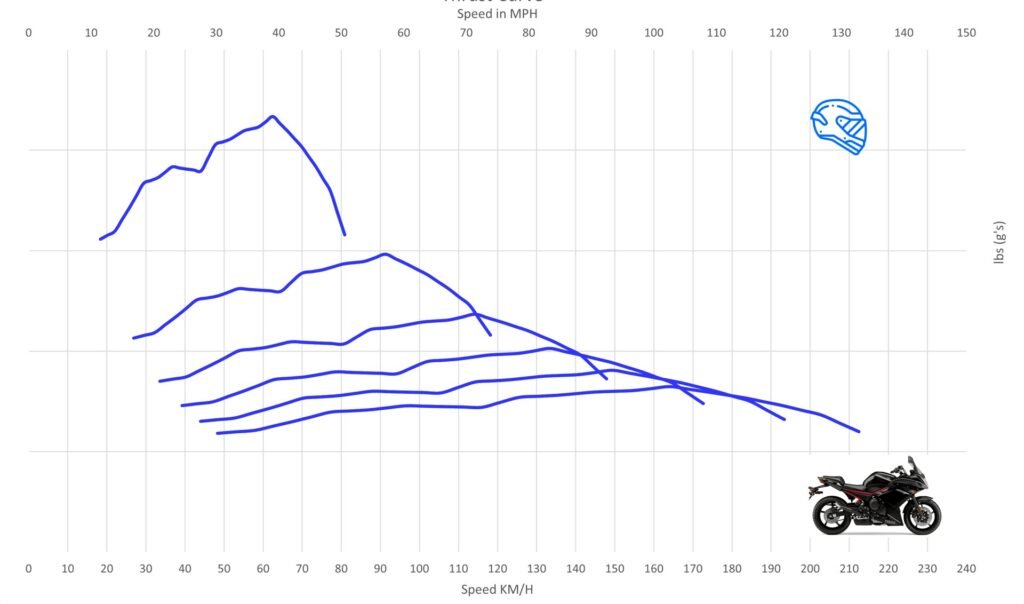 It is not all bad as there is more push sub 6000 rpm than the majority of 599 cc Supersport bikes though the FZ6R is right at the bottom if compared to the CBR650R and F or the Ninja 650 in terms of engine flexibility.

It is fine in isolation and will get the job done but if you are trying to keep up with your mates riding any of its rivals, you’ll have to work that gearbox.

To be fair to the FZ6R it does give away 50 cc to its rivals, so it makes you wonder why Yamaha neutered to the degree that they did, instead leaving a little more top end perhaps like the naked FZ6.

The FZ6R’s weight does not help either as competitors are a little lighter too so this does hurt in-gear and outright performance. 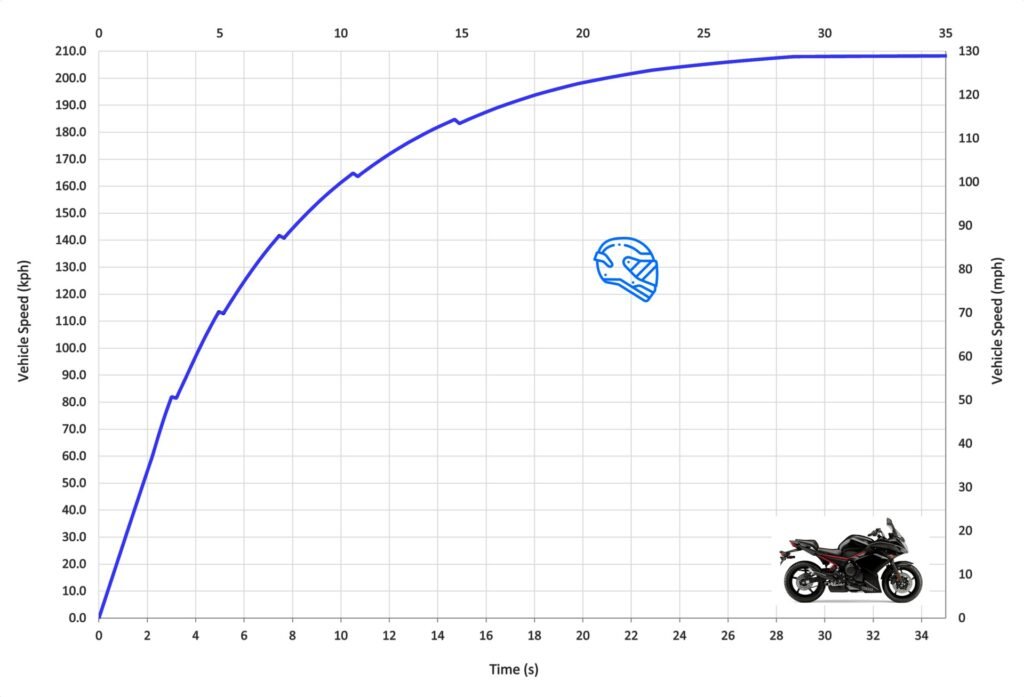 Despite the FZ6R’s engine performance being lower down the list versus competitors it still goes quite alright in a straight line and more or less matches the Ninja 650 as the FZ6R produces a little more power up top and runs lower gearing courtesy of its reviver inline-4 engine.

The clutch is light and very progressive so launching the FZ6R is a breeze, and you don’t have to worry about wheelies unless you are aggressive from a dig with the clutch.

Just like the R6 where the engine is from the gearbox is very clunky with the FZ6R needing a gear change to blast from 0-60 mph which it manages to crack in 3.97 seconds.  0-100km/h is a little over four with a time of 4.16 seconds.

For an entry-level sports bike that almost produces half the power of the motorcycle, it gets its engine from, 0-60 mph in under four seconds is still extremely impressive and objectively quick however you look at it.

For best results to 60 mph, you should take first gear right to the redline, then from second onward changing up at around 10500 rpm is the sweet spot.

Keep feeding them clunky gears and the FZ6R will get from 0-100 mph in a fraction under 10 seconds with a time of 9.94 seconds, and though the standing start quarter mile in 12.54 seconds at a terminal speed of 108 mph.

The above are close to optimal times, most regular folk that have a little talent would be high 12s and even low 13s at around 105 mph as all starts must align to be hitting mid-twelves.

Even with only 64 horsepower to the wheels, the FZ6R will go on to a top speed of 129.7 mph if you have a long enough road. The FZ6R will take around a mile to achieve its top speed if you are doing it from a standing start.

Unlike some competitors, the FZ6R is pretty roomie and offers decent cover from the wind with its high screen so while an aggressive racer tuck is helpful to get up to speed it’s not imperative.

The Yamaha FZ6R does have a few more rpm to go so might have a little more in it to crack the 130 plus mph milestone though if you must then a pipe and tune should do the trick to consistently break the 130 mph barrier.