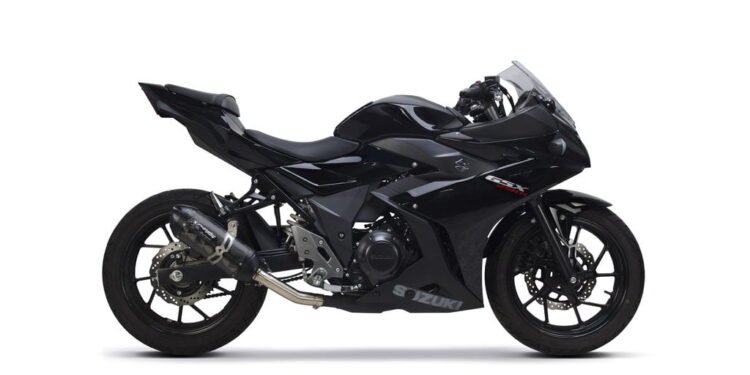 The Suzuki GSX250R was released in 2017 and set to compete in the ultra-competitive smaller-capacity sportbike learner category.

Just like its rivals, Suzuki was looking to release a small sports bike that shared some DNA with the GSX-R series of motorcycles, even if that shared DNA was only skin deep.

Many young and new riders alike dream of owning one of the flagship sports motorcycles such as the GSX-R1000, or even the GSX-R750 and GSX-R600.

It only makes sense for Suzuki to offer a smaller capacity variant that resembles these bigger machines.

Suzuki was a little slow to introduce a new sportbike to the 250 cc class providing competitors with a big advantage.

Competitors such as Honda with their CBR250R and Kawasaki’s Ninja 250 were released to market long before! In  2011 and 2014 respectively.

Well, Suzuki did have the naked Inazuma 250 but that was never really a competitor to any of the full fairing offerings from Honda and Kawasaki.

By the time Suzuki got around to launching a sporty learner-friendly 250, other manufacturers were moving on to larger-capacity motorcycles with more power. 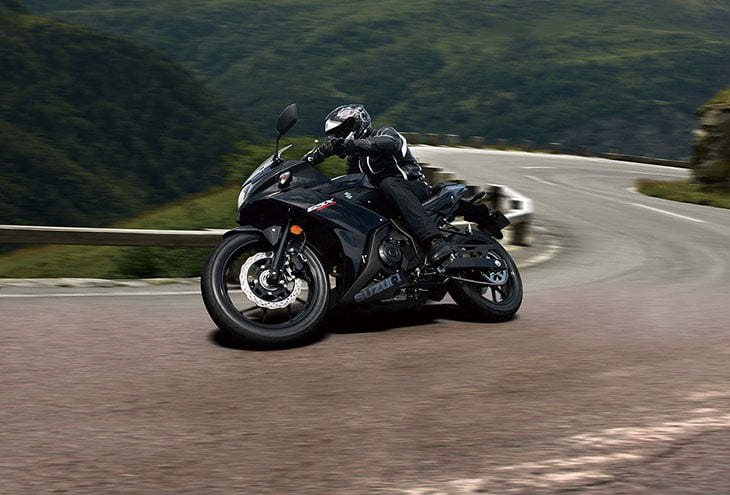 The Suzuki GSX250R is primarily focused on Asian markets but has been sold all around the world as it makes a great sporty commuter and learner bike for new riders.

It’s a great-looking motorcycle powered by a parallel two displacing  248cc that is based on the naked Inazuma mentioned earlier.

Suzuki claimed that they designed the engine for low and mid-range and I’ll take their word for it, as engine poke does seem to fizzle out past 8000 rpm unlike other 250 cc parallel twins but does offer reasonable zip below.

It is a smooth engine though, and definitely smooth for a parallel twin, which Suzuki claim is down to their cam profile design.

The little Suzuki GSX250R does have its work cut out. though!

The 250 cc plus entry-level small capacity class is remarkably diverse with many motorcycles that compete from engine sizes up to 500 cc.

Suzuki’s engine is at the lower end size-wise means that it will likely be one of the slowest in class, and perhaps even slower than the Ninja 250 and CBR250R.

Both of these motorcycles are the Suzuki GSX250R’s direct competitors at the same engine size. 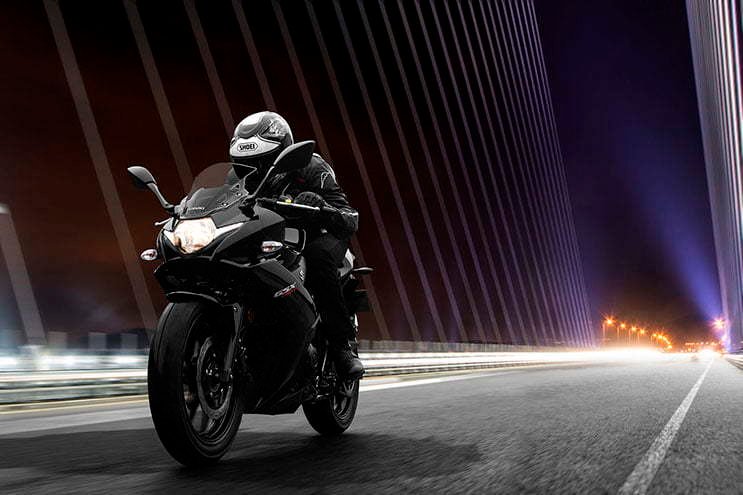 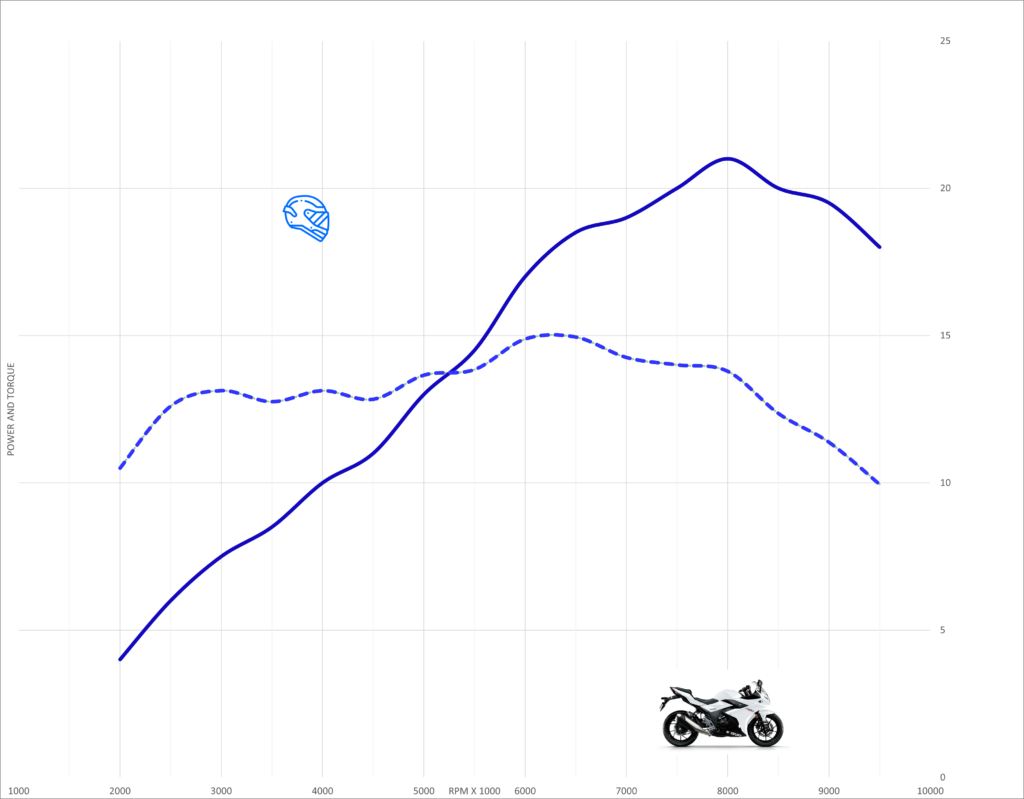 The little Suzuki only makes 21 horsepower at the wheels.  This figure is at the bottom end of the Japanese 250 class and is eclipsed by some of the slightly larger capacity bikes such as the Ninja 300 and CBR300R.

They have more cc so you may think that it is nt fair to compare them with our 248 cc Suzuki GSX250R.

Unfortunately for the Suzuki GSX250R these larger-capacity competitors will be considered by prospective buyers looking for an entry-level sports bike.

Back to the Dyno graph…

If we look at the little Suzuki in isolation it has a respectable amount of low-end power and torque that pulls smoothly from 2000 rpm.

The engine offers a little and slightly noticeable kick at 4,500 rpm where it builds power up to around 8000 rpm, and then starts to tail-off approaching 9000 rpm,  and falls off of a cliff after that.

There is really not much point revving beyond 8,000-8,500 rpm unless in first gear only.

For the remaining gears, you will make slower progress revving beyond this point. You can see this as the thrust curves for each gear overlap.

You still have to work the engine and use those gears though to make anything resembling rapid progress.

It seems that Suzuki did not capitalise on the multi-cylinder engines’ potential to rev higher and make more power. 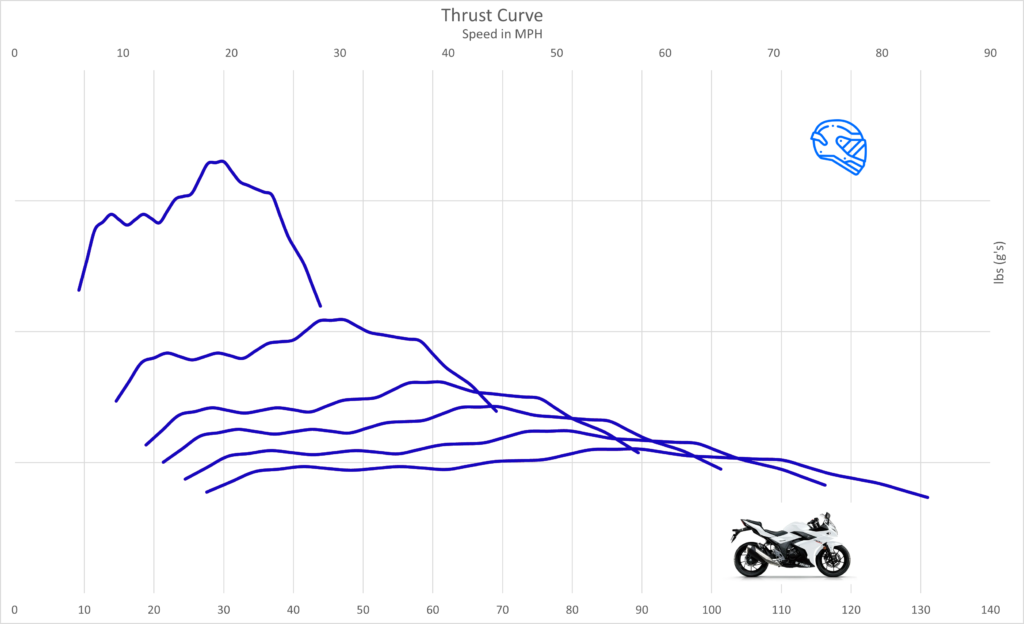 Out on the road, the little GSX250R is more suited to commuter work than it is going fast. After all, there is only so much that 250 cc and 21 horsepower can do.

250 cc engines don’t really have bottom or midrange power to speak of. It is normally a case of revving them as hard as you can and to the point where they make their peak power.

The GSX250R has less power than both the Honda CBR250R and Kawasaki Ninja  250R.

It’s geared a little higher than the Kawasaki Ninja 250R and slightly lower than the Honda CBR250R.

It is weaker than the Ninja 250R at almost every speed in any gear. Up against the Honda CBR250 it is dominated in the first three gears but does have the edge at certain speeds in fourth, fifth and sixth gear.

This is down to the Honda CBR250R running much longer gearing in the remaining three gears versus the GSX250R.

For the most part, the engine does a reasonable job on the road providing your speeds are below 60 mph you can get past traffic easy enough.

if you are out on faster roads or at highway speeds the little Suzuki GSX250R will struggle.

You only have a choice between fifth and sixth gear for highway overtaking. Fifth gear is actually pretty pointless to use as from 70 mph there is less acceleration available than in sixth gear.

Using sixth gear is all you have, and even then thrust is falling away the faster you go.

Still though the little GSX250R manages to dig deep will eventually get you past that annoying slow moving car. 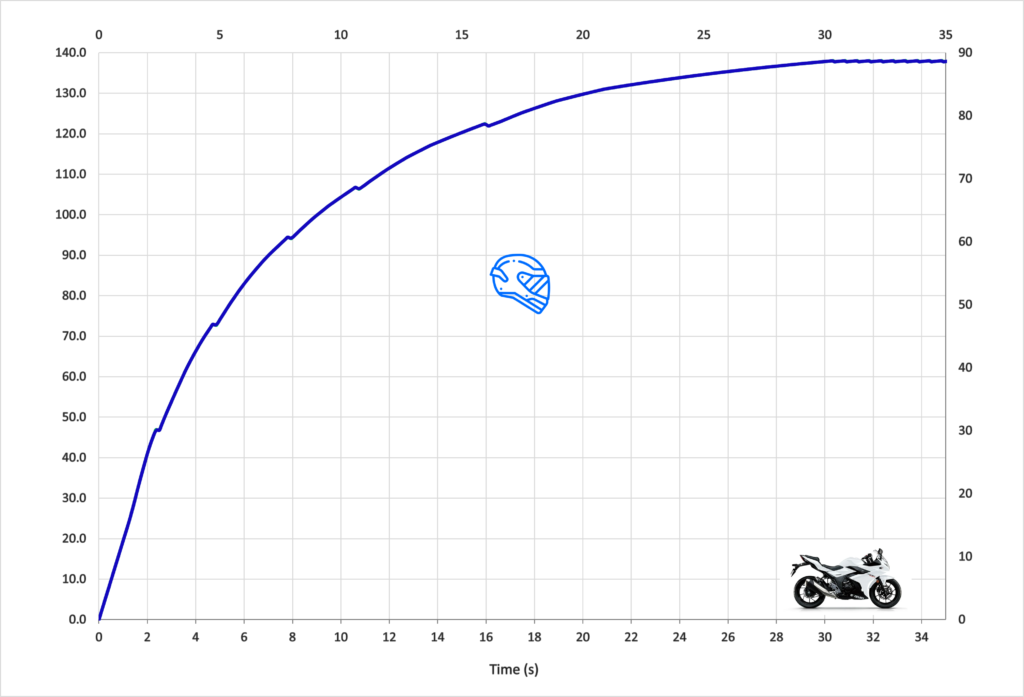 In terms of numbers, you need 3 gear changes to hit the magic 0-60 mph which is achieved in a respectable 8.59 seconds for the GSX250R.

A more relevant and meaningful time for where this bike will live would be the 0-30 mph time, which is 2.67 seconds and is like many other vehicles that will get to 60 mph 3 seconds faster.

The top speed is actually rev limited to 85.5 mph as we are hitting the rev limiter. With slightly longer gearing you might be able to hit a few extra mph.

Changing gears at the right rpm is key to achieving the best times with the ideal shift point being around the 8-8500 rpm point.

While the GSX250R will happily do highway miles if the traffic is moving faster than legal speeds, be prepared to plan your overtake carefully but even then if traffic is above 80 mph you better stay out of the overtaking lanes.

As the motorcycle is only 248 cc and has only 21 hp at the wheels, the performance difference between a heavy and a light rider will be quite large.

To achieve similar acceleration times as we have you’d need favourable conditions and a rider weight 80 kg or under.

If you want a ‘fast’ 250 this is not the bike for you though saying that it is faster to 60 mph than a current entry-level Volkswagen Golf.

If fast is important to you but you are still a learner you’d be better off with a Ninja 250, Ninja 300 or 400 for more straight-line thrills but similar comfort and practicality. 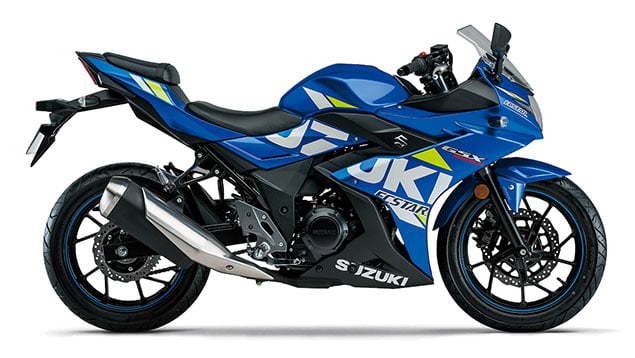