by Fabio Rossi
in Uncategorised 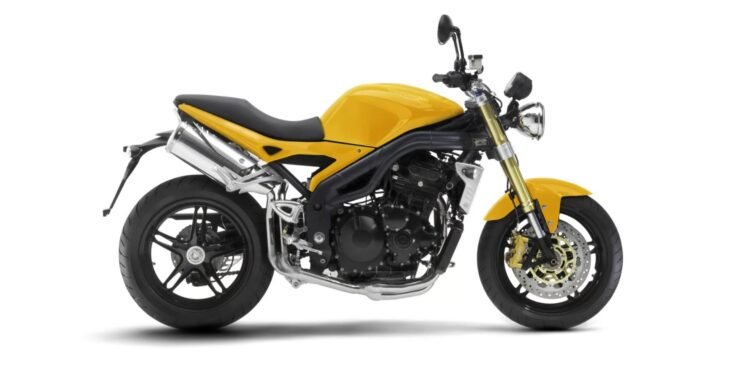 The Triumph Speed Triple Series has been a massive success for Triumph.

The first Speed Triple came about in 1994 and was powered with the 885 cc Triple taken from the old Triumph Daytona 900.

It really started to make an impact when the new Triumph T509  Speed Triple variant arrived in 1997.

That machine was styled on the new 1997 Triumph T595 Daytona and was effectively a naked version of that machine though it did not get the same engine as the Daytona, which had a larger and more powerful 955 cc Inline three-cylinder engine.

Later on, the T509 eventually got the same 955 cc inline-three that powered the Daytona which provided a welcome boost in performance.

Fast forward to 2005 and an all-new Speed Triple was launched with a larger 1050 cc engine that was more powerful.

As a result, It was faster and better handling and powered with an engine that is perfectly suited to road riding.

Triumph ran with the 1050 cc engine providing minor updates for many years the last of which ended up with 140 horsepower before being replaced with a new 1160 cc inline-three with a whopping 177 horsepower. 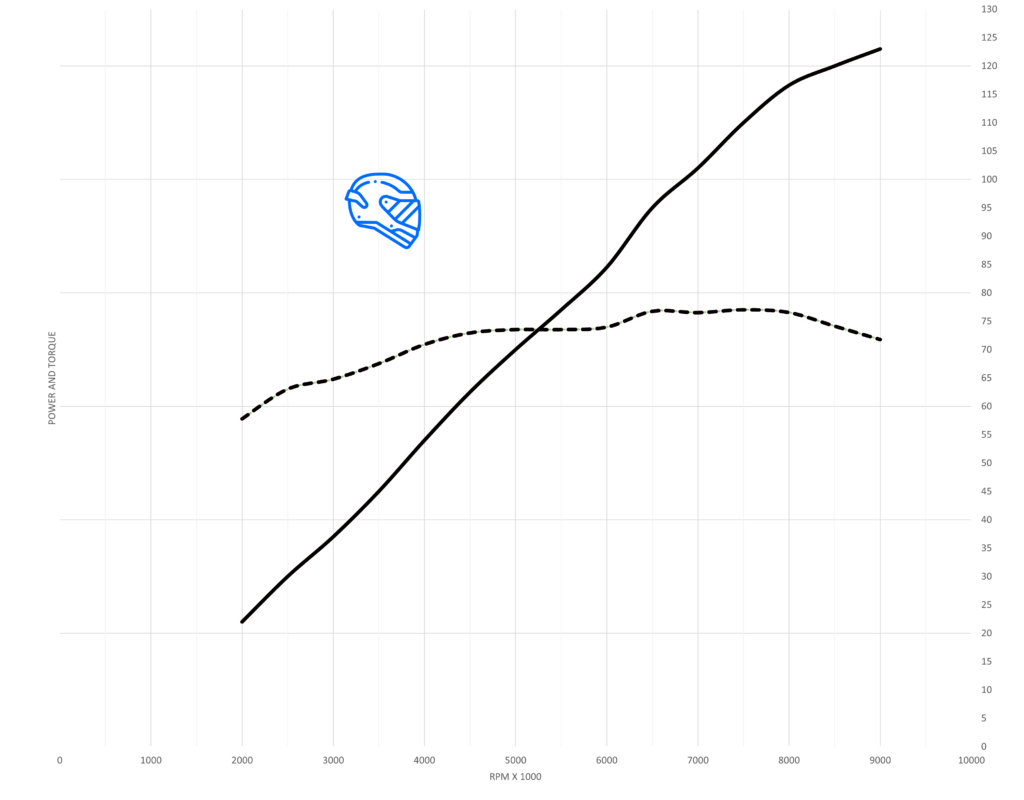 The 855 cc and 955 cc engines that powered previous Triumph Speed Triples are all great engines in their own right though at the time they were not the strongest in the class though they arguably sounded the best.

In the early thousands, the 955 cc  Speed Triple was competing against many other motorcycles both in the class and on the fringes of the class.

Yamaha’s YZF-R1-powered Fazer 1000 and Kawasakis’s new  2004 Z1000, were both competitors to the Speed Triple and both were faster and more powerful.

Triumph introduced an (almost) all-new Speed Triple in 2005.  Many things had been changed but most importantly the Triumph Speed Triple was adorned with a new larger and more powerful engine.

Those numbers even back in 2005 didn’t seem all that impressive though the new Triumph Speed Triple 1050 was the most powerful Speed Triple yet.

On paper though, the engine is still a little down on the Fazer 1000s 143 crank horsepower and also down on the FZ1 that came shortly after.

That would be missing the point as that extra 100 cc really added some much-needed grunt in the mid and bottom end that was lacking a little with the 955 cc Speed Triple against rivals.

At the rear wheels, the Triumph Speed Triple 1050 produces some decent numbers with  124 horsepower delivered at 9000 rpm.

The torque produced at the rear wheel is thumping 76 ft/lb delivered a little higher than claimed at 6400 rpm.

The delivery is fantastic, super smooth, and linear. There is a whopping 65 ft/lb produced right from 2500 rpm, and then from 4000 rpm it produces 72 ft/lb which is only 4 ft/lb down on the peak.

From there on torque is nice and flat with a little surge shortly after 6000 rpm is breached.

Peak torque is held until around 8000 rpm where it drops off mildly as it approaches the rpm limiter a little over 9000 rpm.

There are many Triumphs past and present that seem to have very aggressive rpm limiters. Many Triumph engines look like they would continue to make power if the rpm limiter did not prematurely cut off the fun.

If you look at the Speed Triples power cure as it approaches 9000 rpm, its trajectory is still on the up. If the engine was allowed to rev higher, say to 10,000 rpm and beyond I don’t doubt that we would see an extra 10 horsepower at peak.

This is the case too with the latest Trident 660 where like the 1050 Speed Triple the fun is cut short. 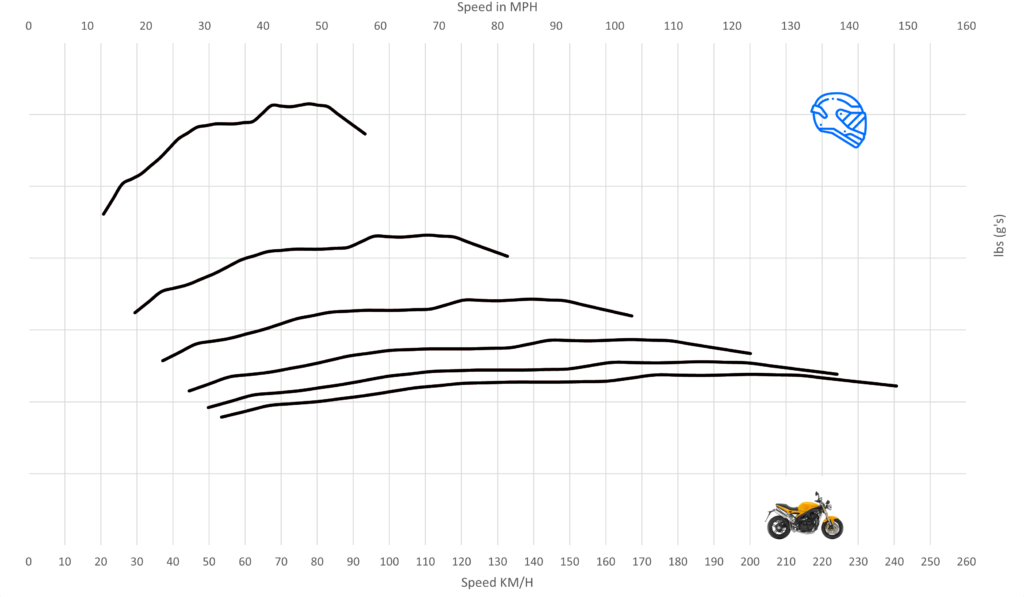 This engine powering the Triumph Speed Triple 1050  is definitely best suited to the road!

That extra capacity has really made a huge difference and sets it aside from many of its rivals right where it matters most.

It is fantastic in town and blasting from corner to corner which is the Speed Triple 1050s natural habitat.

Thanks to the immense in-gear thrust you can afford to be lazy with gear choice and drive the engine from very low rpm yet still have sufficient acceleration.

The Triumph Speed Triple 1050 is geared optimally for its engine output and delivery. The first three gears are geared relatively low with the remaining three gears a little longer.

You would think that this would hurt the Triumph and its in-gear acceleration in the latter gears but it’s not the case.

Thanks to that massive spread of torque through the RPM range, even with longer gearing (last four gears) the Speed Triple 1050 provides more thrust in all gears at any speed measured versus the Fazer 1000.

This is especially the case in the first three gears. The Fazer does get a little closer in the last three gears but is still beaten by the Speed Triple 1050.

In fifth gear at 70 mph highway speeds the Speed Triple is ticking over at only 4500 rpm. while the Fazer 1000 is at 5000 rpm. You do not even need to use top gear for a relaxed and low highway rpm.

But if you are feeling particularly lazy at a highway speed of 70 mph showing around 4100 rpm only, the Speed Triple 1050 will overtake effortlessly.

The main reason for the Triumph Speed Triple 1050s  slightly longer gearing in the latter gears is simply because it doesn’t rev very high.

Lower gearing would really limit the top speed in each gear which already isn’t that high comparatively.

Even with gearing as it is, the Speed Triple 1050 has a theoretical top speed of around 154 mph at the limiter in sixth gear.

If it was geared the same as a Fazer 1000 theoretical top speed in sixth gear would be only around 140 mph. 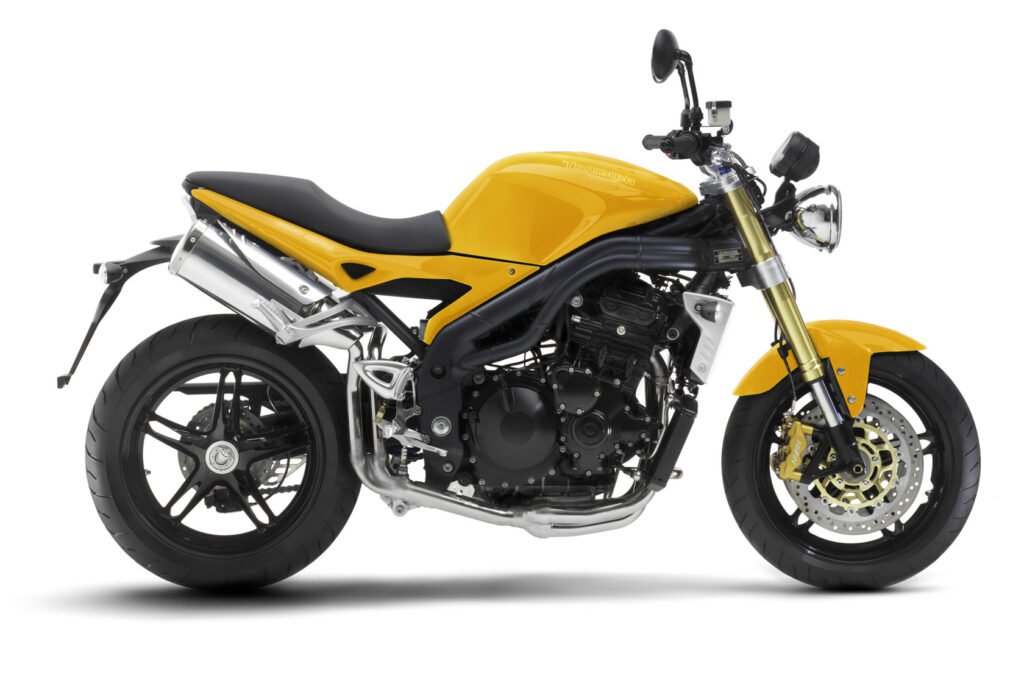 If the Speed Triple 1050 revved higher than it does it could run lower gearing without losing so much in-gear top speed and produce even more thrust and acceleration for that blistering roll-on get-up and go.

Regardless of gearing, Even up against newer 1000 cc Rivals the Speed Triple fairs pretty well in most situations gear for gear.

The Speed Triple 1050 has a decent top end too thanks to that 124 horsepower peak output.

But, when you drive the engine from 6000-9000 rpm the top-end power kick does feel flat and a little underwhelming.

This is made worse by the rev limiter that kicks in a little after 9000rpm which is quite low for a sporty motorcycle.  (The tachometer overreads)

What also makes the top-end power feel underwhelming is the fact that the Triumph Speed Triple has so much midrange and bottom end, it ensures that the top-end feels weaker when objectively it is not.

For example, there are plenty of 1000 cc motorcycles that make similar peak power, but at 6000 rpm they’ll make 15-20 horsepower less than the Triumph Speed Triple 1050.

They will also make similar power at 9000 rpm but will rev on and continue to make/hold onto their power perhaps to 10,000 -11,000 rpm and beyond so they feel faster up top.

Regardless of the above, the Speed Triple 1050 engine was one of the best back in 2005, and even today it can trade blows with many new machines for bottom and midrange grunt. 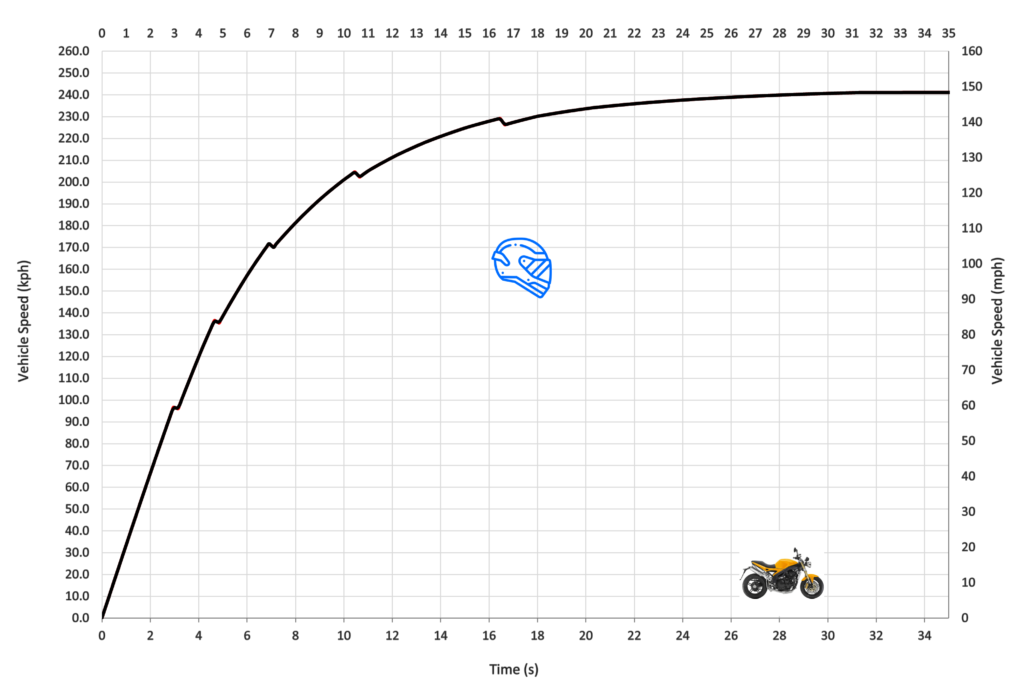 The Speed Triple 1050 is a little faster outright compared to the 955 cc model it replaces thanks to that extra 10 or so peak horsepower.

Just like many naked litrebikes or litre-plus motorcycles past and present you can expect similar straight-line performance under 130 mph as a Supersport 600.

Unlike the Supersport motorcycle, you do not need to work as hard to get close to the potential thanks to the meaty power and torque spread across the entire rpm range.

Even short-shifting the Triumph Speed Triple 1050 between 5000-7000 rpm delivers exceptional acceleration and will get you up to silly speeds quite quickly.

Try that on a 600  and you’ll go nowhere despite outright acceleration being similar to the Speed Triple 1050.

For example, even shifting up in every gear at only 6000 rpm will deliver a quarter mile time of 12 seconds flat with a terminal speed of 116 mph. Very impressive.

But if you really must hit those optimum ETs, as you imagine you’ll have to use all of the RPM and power available.

So that means 9000 rpm shifts, or as close to the rpm limiter as possible.

Launching is not too difficult with the Triumph Speed Triple 1050.

It’s just as likely to spin the rear wheel as it is to the wheelie, especially on a bad concrete surface but it’s manageable.

It works best if you get the clutch dumped pretty quickly rather than lots of rpm and slipping the clutch for a long period of time until the bike gets moving.

You can pretty much dump the clutch anywhere from 4000-6000 rpm. Get it right and then just drive the speed Triple 1050 hard and hold on really tight.

First gear is over very quickly as the Speed Triple 1050 puts a lot of thrust into the ground as it blasts you to 60 mph.

Hope for no unwanted wheelies and wheelspin and take first gear all the way to 9000 rpm, or just before the rpm limiter kicks in and rinse and repeat.

When all is said and done the Triumph Speed Triple 1050 will crack 0-60 mph in only 2.93 seconds. That’s as fast as anything out here.

The Speed Triple 1050s 0-100 km/h sprint is hurt a little due to the necessary gear change. Even then the 0-100 km/h time is still an impressive 3.37 seconds though would be quicker without the gear change.

With enough attempts, the Speed Triple 1050 will dip into the tens for the Quater Mile time with a great time 10.89 seconds and a respectable terminal speed of 126 mph.

With a slightly better 60 ft time which is more than possible, I could see another two-tenths off of that time.

Most decent riders would be flat elevens all day long without trying too hard. It’s a motorcycle that does not bog on launch due to that fat bottom end.

Up against rivals such as the Fazer 1000 the Triumph is evenly matched up to 120 mph. It helps that the Fazer 1000 is a little more powerful and has a dinky fairing.

She still goes very well up to a real 140 mph at which point the lack of fairing and protection from the elements starts to kick in and consume that 124 horsepower.

The Speed Triple 1050 is one of the more exposed naked motorcycles and would really benefit from a dinky screen.

You can pretty much hit the Speed Triple 1050s top speed from a standing start within a km providing the conditions are not bad, such as a  nasty headwind.

At top speed, you are looking at around 8800 rpm, so there is still a few more rpm before the limiter kicks in but it just sat there.

I do not doubt that the Triumph Speed Triple 1050 can hit the limiter in top gear and that theoretical top speed of around 154 mph with better conditions but not today.