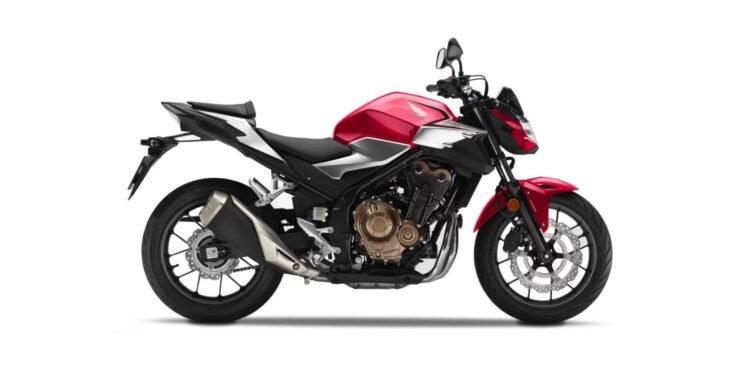 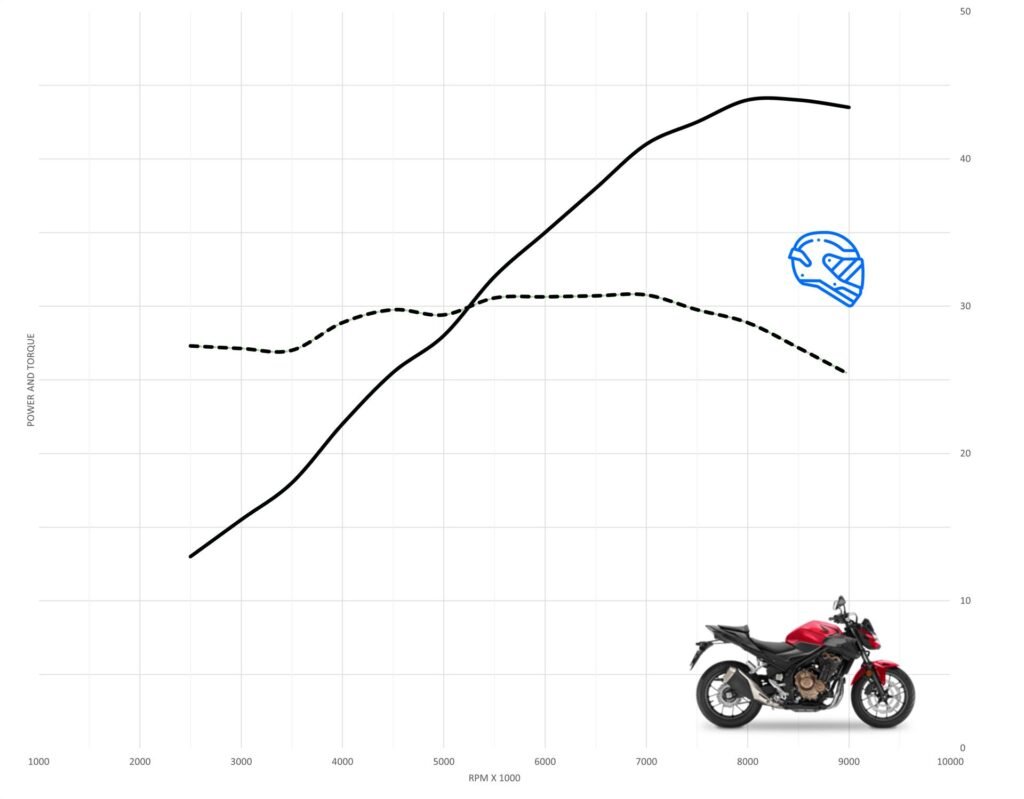 Honda’s CB500F is powered by a single-cylinder parallel two-cylinder engine displacing 471 cc. It is modestly powered and produces 44 horsepower at the rear wheel at just a little over 8000 rpm which is very competitive for the class.

The delivery is uneventful and linear in a typical Honda fashion and is a flexible and easy engine to get the most out of. Unlike some of its rivals, it does not rev very high at around 9500 rpm before the rpm limiter spoils the fun.

Thrashing the engine is not paramount to make good haste as is the good spread of power and torque which means you can short shift at 6-7000 rpm and still make very good progress while your friends are on their Z300’s or MT-03’s will need to be thrashing it. 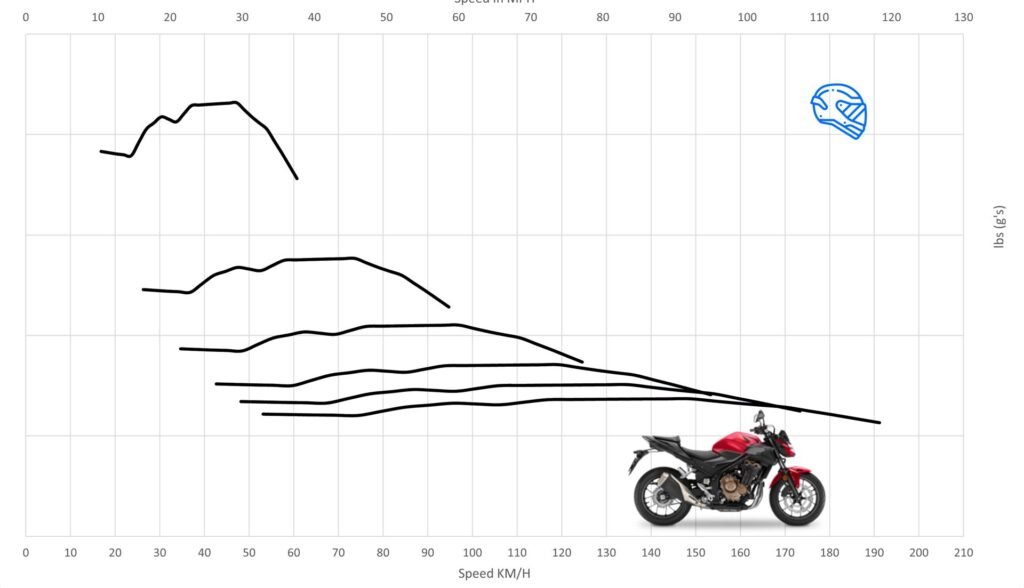 When getting a move on it is easy to hit the limiter in the first two gears if you are not quick, especially if you are more familiar with higher revving motorcycle engines.

The CB500F first gear is exceptionally low and is only useful for getting the bike moving as first only has a top speed of a little over 60 km/h right at the limiter.

Second and third gear are where you will be living mostly if commuting and wanting readily available acceleration to blast from gap to gap or corner to corner.

The first three gears are spaced wide but fourth, fifth and sixth gears are relatively close. Unlike some other motorcycles in the class such as the Z300 and MT-03, the CB500F is a more relaxed engine and requires fewer gear changes, and has a bigger bike feel to the engine courtesy of its displacement.

The CB500F could certainly benefit from lower fourth, fifth, and sixth gears for more performance as the sixth gear is not necessary to hit top speed and is more of a highway gear for lower crusing rpm and good consumption 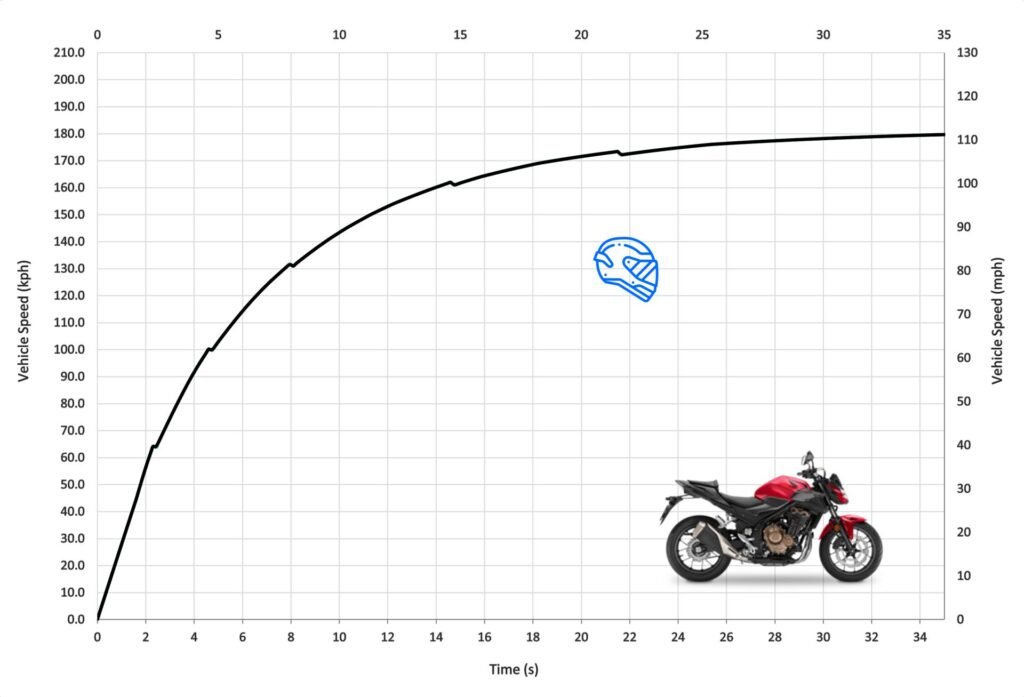 Honda CB500F Acceleration through the gears

Like the CBR500 the CB500F is not the most exciting in class but it does put down decent numbers that make it one of the faster motorcycles in the entry-level learner class.

If you are aggressive enough with a good clutch dump the CB500F can fly off the line courtesy of its very low first gear though you will have to be quick for the change to second as it is very easy to hit the limiter. If you get it exactly right sub 5 seconds 0-60 mph times are very possible.

These times though are for a lightweight rider with a perfect launch. Most competent average weight riders would be around the five  econd mark from 0-60 mph and mid 14s for the quarter mile.

Being a naked bike with only 44 horsepower top speed will never be out of this world but feed the little 472 cc parallel-twin some gears and get yourself in a good tuck and the CB500F will manage a very decent 112 mph and can pretty much do so in fifth but real-world top speed will be more like 100-105 mph for most.