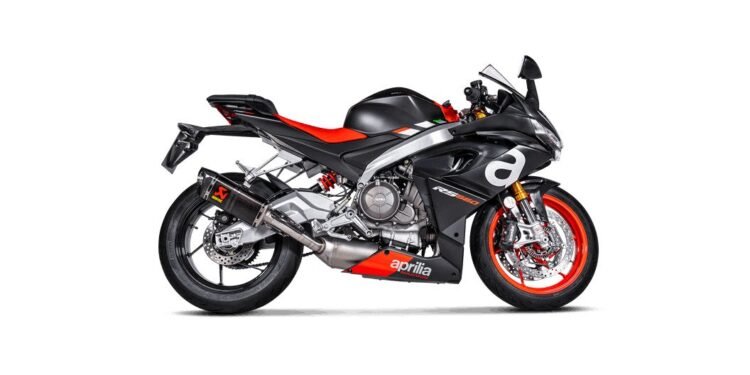 Aprilia is not hugely prolific with introducing new sport motorcycles, rather choosing to revise and perfect existing models such as the brilliant RSV4.

Many of us have hoped for Aprilia to enter the Supersport market but they have resisted doing so for a good while until now.

We could argue that it is because the extremely focused Supersports market has been in some decline for many years.

Manufacturers have been more focused on offering sporty-looking faired and naked motorcycles that are less extreme but offer good real-world performance.

It has been very well received 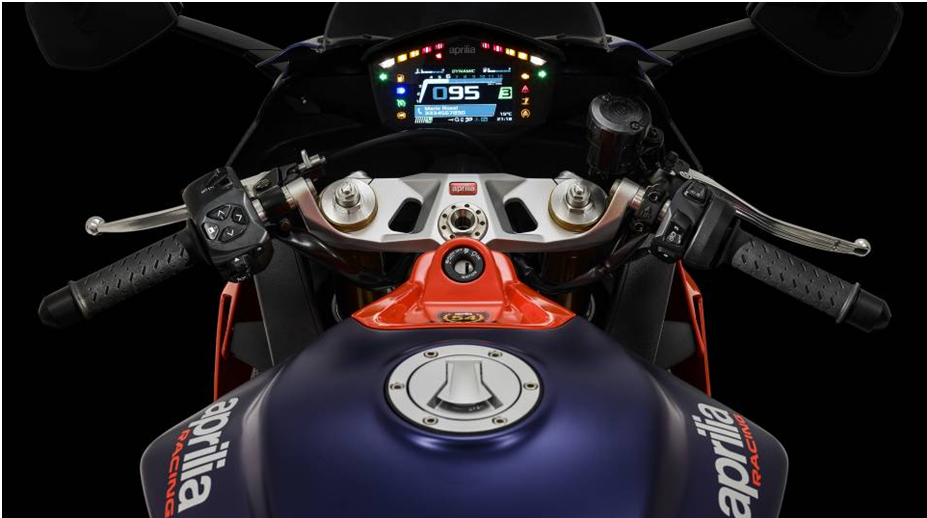 Aprilia’s new RS 660 is probably the sportiest of those except maybe for the R7 but still falls in line with the ethos of a sporty motorcycle that lives comfortably on the road and the track.

Being arguably the sportier of the bunch in the loosely defined class, the Aprilia RS 660  has its work cut out as is also compared to the Ducati Supersport 950, V2, and other Supersport 600s so it has the knives coming in from all angles. 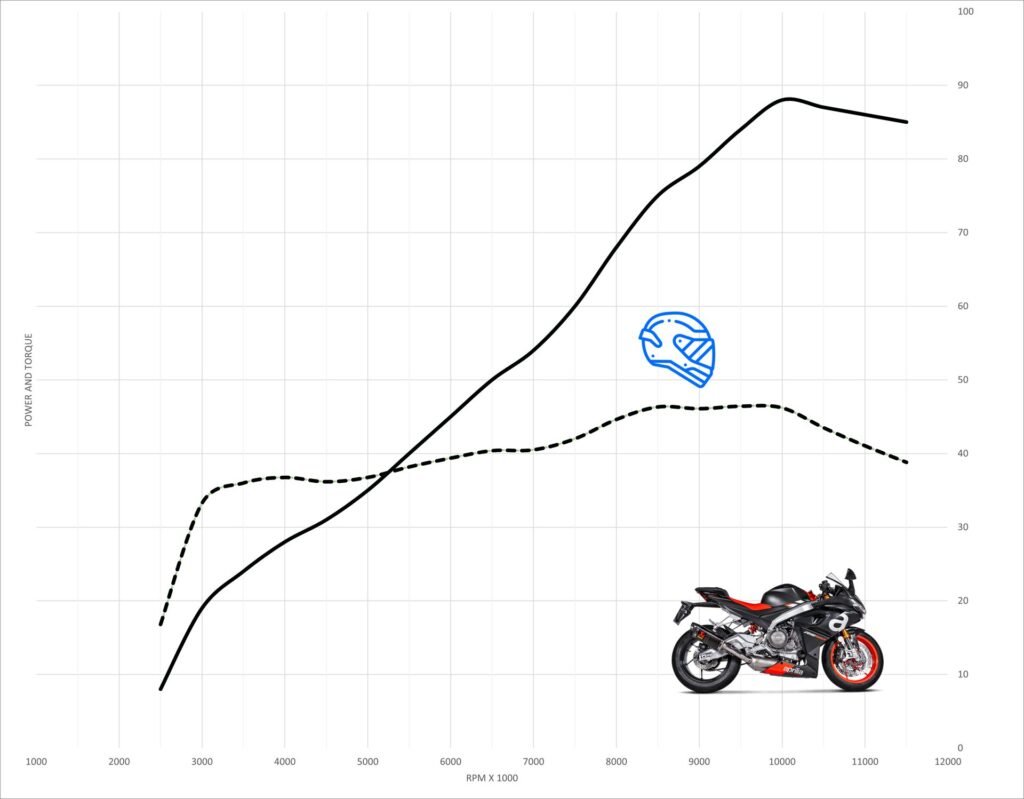 The Kawasaki Ninja 650 even more so.

To achieve such an impressive output what Aprilia has more-or-less done is use their RSV4 as a base, cutting the V4 engine in half to birth a parallel twin.

This extra additional stroke provides the extra capacity and would explain among other things why the Aprilia RS 660 does not rev as high as the V4!

The Aprilia RS 660 still manages approximately half the power of the V4 – albeit it is not exactly half the capacity.

Either way, it is hugely impressive and hits that 100 horsepower sweet sport.

This is very impressive as many engines after producing peak torque will see it fall off slightly as rpm rises.

With only a few 100 miles on the clock, this engine is tight so I would suspect that it would make a few more horsepower once loosening up and would probably make more like 90 plus horsepower at the wheels.

A flash and exhaust could easily see the little RS660 making 100 horsepower.

The engine is impressive and is up there at the top of the class of sub 700 cc motorcycles along with the four-cylinder CBR650R.

The Honda CBR650R is a motorcycle that offers similar performance numbers on the dyno and a very similar engine and straight-line performance.

The RS660 makes particularly good power and torque throughout the rpm range for easy acceleration so works very well on the road.

Below 3000 rpm, surprisingly unlike many larger displacement two-cylinder motorcycles the RS 660 is not ‘chuggy’ and can pull higher gears from as little as 2000 rpm.

The delivery is exciting and rewarding offering a nice surge of acceleration from 7000 to 8000 rpm and is an engine that thrives on revs though without the expense at mid or low rpm.

There are various rider/power modes that offer a softer throttle but for our tests, we always opt for the sportiest or a custom mode with all the rider aids either set to off or their minimum setting.

The engine sounds great and unlike the typical 180 degrees crank parallel two-cylinder engines we often see from competitors.

Courtesy of its 270 degree crank its sound very similar to the RSV4 but just revs a few thousand rpm lower thank to the longer stroke. 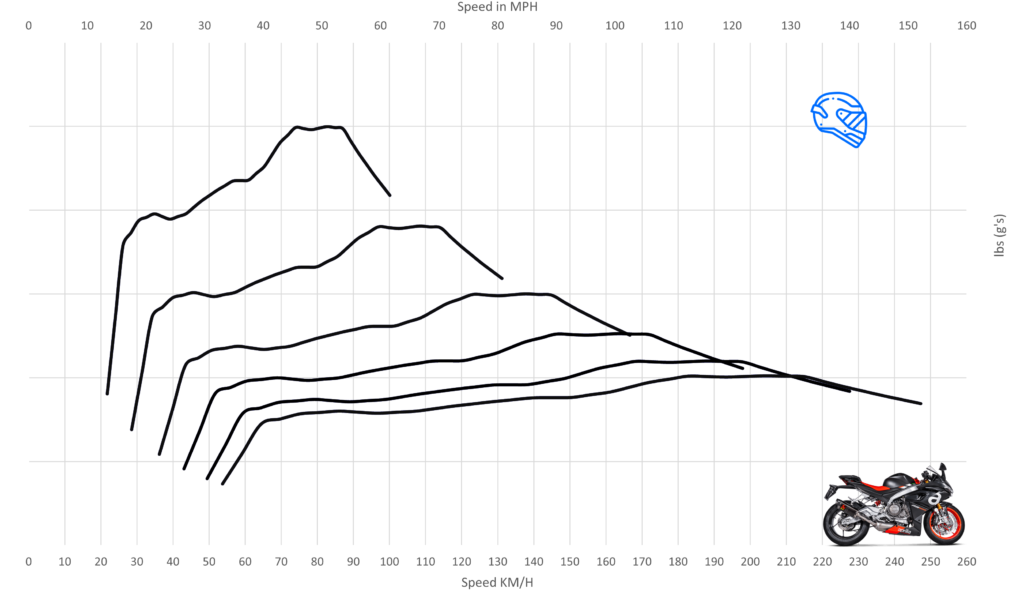 With a claimed 100 horsepower and a class-leading wet weight of 183 kg, the RS 660 will no doubt offer up a great performance and potentially lead its peers. It certainly has the edge on one of its main competitors the CBR650R.

While making similar peak horsepower the lighter weight RS 660 has the beans on the CBR650R and punches a little harder from 7500 to 11500 rpm which gives it the edge in each gear as that rpm threshold is passed.

The RS 660 keeps charging hard and crosses the quarter mile in 11.23 at 124 mph, again putting it firmly 600 cc Supersport territory.

From 110/120 mph onward most Supersport motorcycles will open a gap and pull away but certainly in the first three to four gears the RS 660 can give them a hard time.

This is especially if the Supersport rider is caught napping in the wrong gear, as the Aprilia RS 660 will pick up revs and speed faster, and romp away.

The RS 660 is fully faired and pretty slippery but cramped for taller riders to get in a real efficient tuck. There are other motorcycles that offer up better protection from the elements.

Despite this, the Aprilia RS 660 still manages an impressive top speed of 147 mph which is about right for the kind of power it produces.

If it could hold onto its power closer to the rpm limiter perhaps there is a few more mph to be had. I am sure with an exhaust and flash you’d get the little RS 660 in the 150s.

The RS 660 offers almost Supersport performance in a straight line but is a much more easy-going and flexible engine from lower speed, so is pretty much faster than most Supersports bikes 90% of the time. Great job from Aprilia. 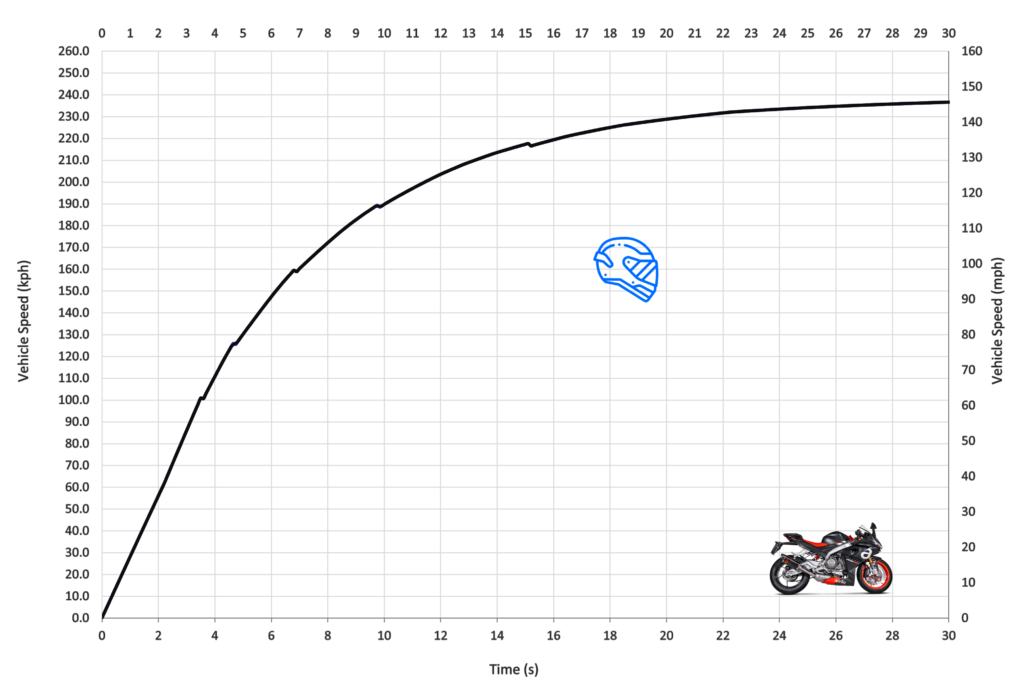