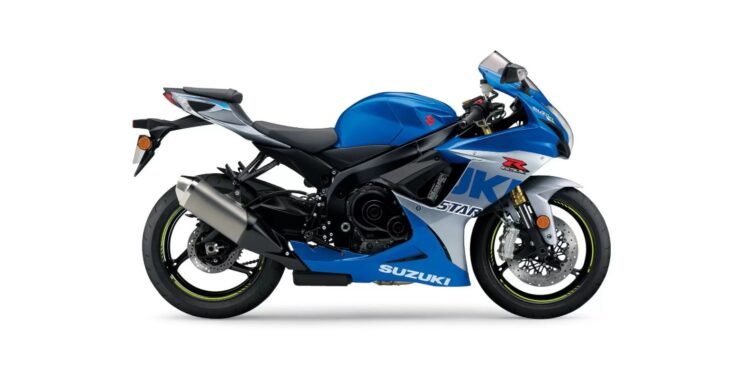 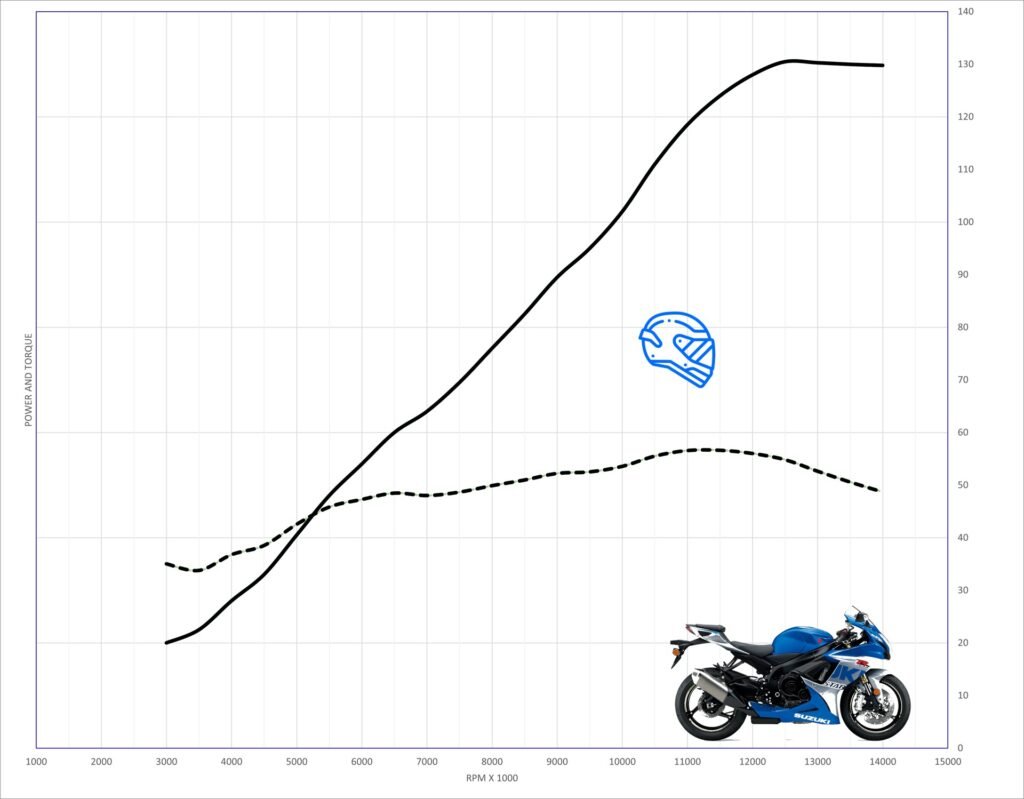 The Suzuki GS-XR750 engine has benefitted from years of upgrades and refinement, and it certainly shows.

With 130 horsepower produced at 12500 rpm, it might not set the world on fire in a crowded world of two hundred plus horsepower motorcycles but that would be missing the point.

The GSX-R750 is as effective as many litrebikes from the early thousands while being much more useable for the average rider courtesy of its extremely smooth and linear power delivery.

With 56 ft/lb of torque and no abrupt peaks or troughs, it is the perfect amount to drive fast and effectively from a corner and without overwhelming rear wheel grip. 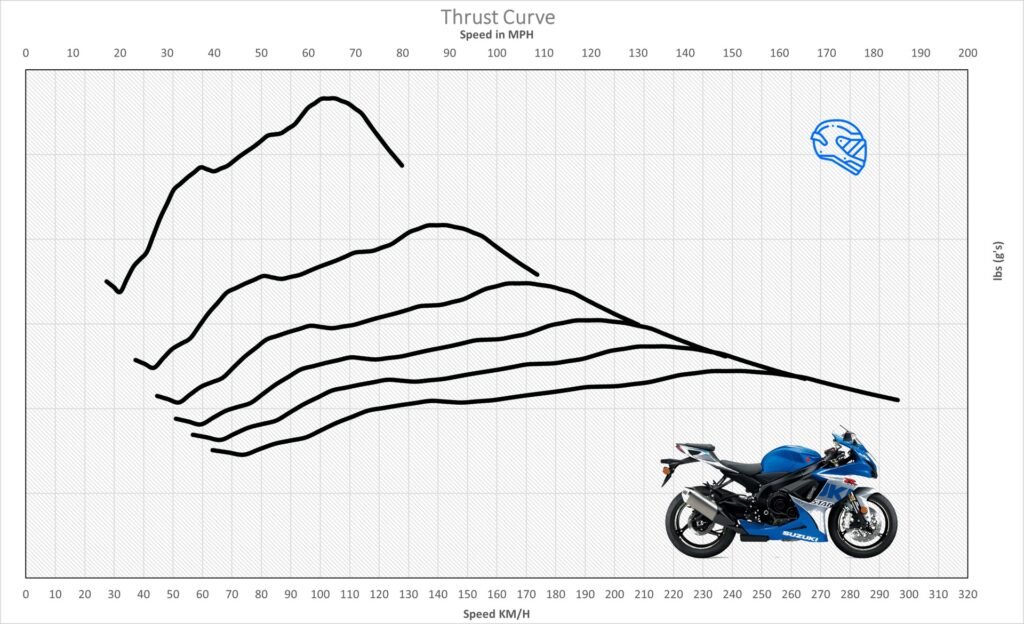 While the latest GSX-R750 comes with TCS it is rarely needed unless your throttle control is truly awful.

The engine is great as it has the demonic thrashy nature of a Supersport 600 but with the straight-line power that can mix it up with many litrebikes as you howl it through the gears changing up at a bonkers 14000rpm.

It’s a brilliant engine as stock but a flash, decat the GSX-R750 and we are talking 145 horsepower at the rear wheel that makes the GSX-R750 a truly rapid and intoxicating motorcycle

The GSX-R750 Acceleration through the gears

The GSX-R750 is amazingly fast and really punches above its weight. It thrives on being trashed and is extremely easy to get the most out of.

With 130 horsepower to play with it will not compete with current litrebikes but will certainly keep them in sight below 130 mph, as with the GSX-R750 you can give it full beans without having to worry about insane wheelies slowing you down.

In first gear is long on the GSX-R750, so the engine rpm has to be kept above 9000 rpm with good clutch slip to avoid bogging down.

First and second gear is quite far apart so acceleration could be improved slightly if they were a bit closer, but any negatives can be minimized if you take the GSX-R750 right before the limiter before changing into second to ensure that as you land in second gear you do not drop out of where the GSX-R750 makes peak thrust.

0-200km/h for the GSX-R750 takes only 8 seconds flat which is only a little behind some of the fastest Supercars such as the McLaren 720S or Ferrari La Ferrari.

If you keep feeding the GSX-R750 gears, you will eventually end up with a top speed of 170 mph in top gear showing around 13000 rpm with more revs to go. With a pipe and tune, this is a 180 mph motorcycle on a good day. 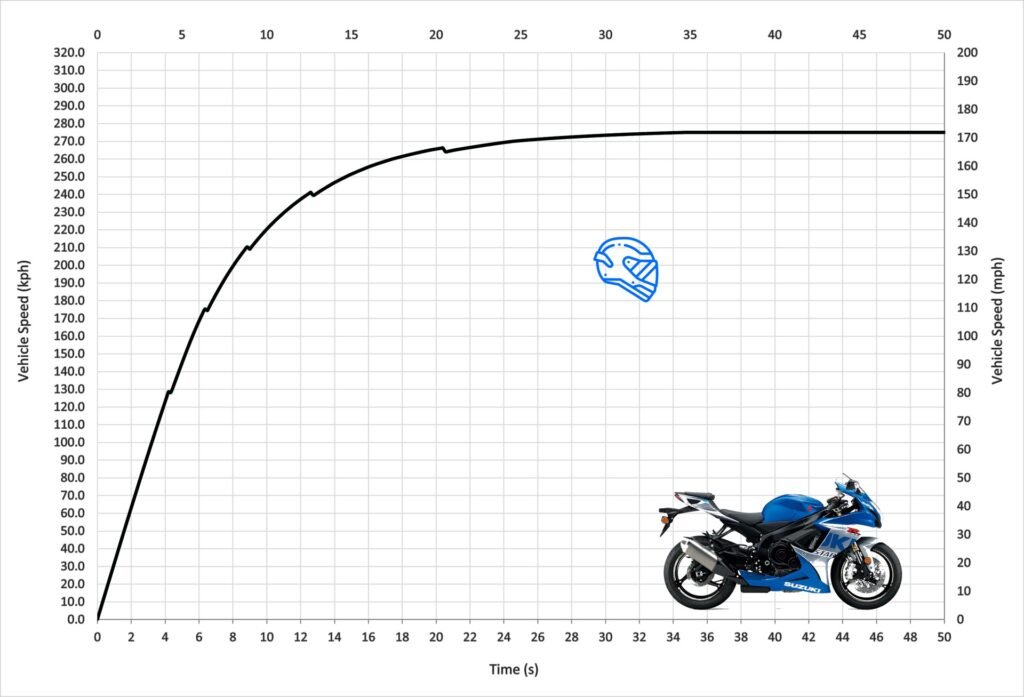