by Fabio Rossi
in Motorcycles, Sports Touring Bikes, Sportsbikes, Versus 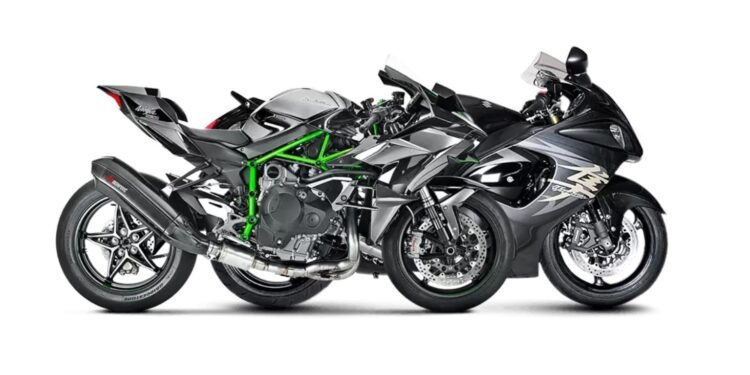 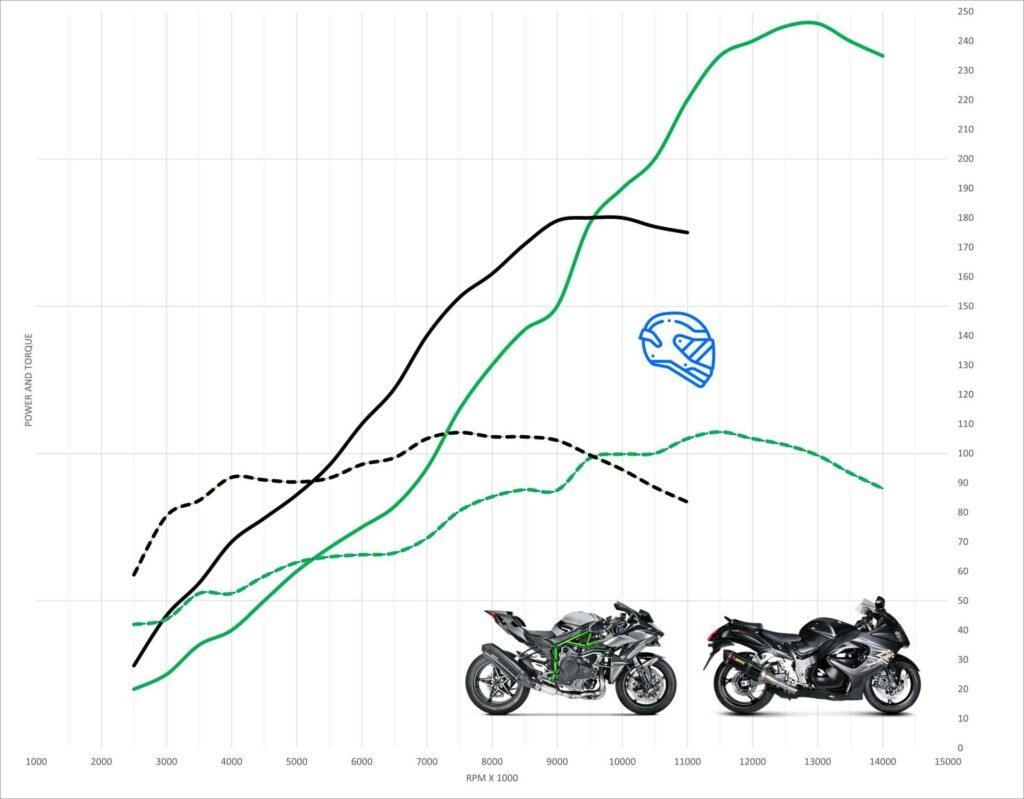 The Suzuki GSX1300R Hayabusa makes 180 horsepower at the rear wheel produced at 9500 rpm.

The Hayabusa dominates below 10000 rpm on the dyno and is a more usable and flexible engine but on the actual road, it is only stronger below approximately 6000 rpm in-gear which you can see in the below thrust acceleration curve. The H2R is much more explosive in the top end and makes the Hayabusa feel flat. 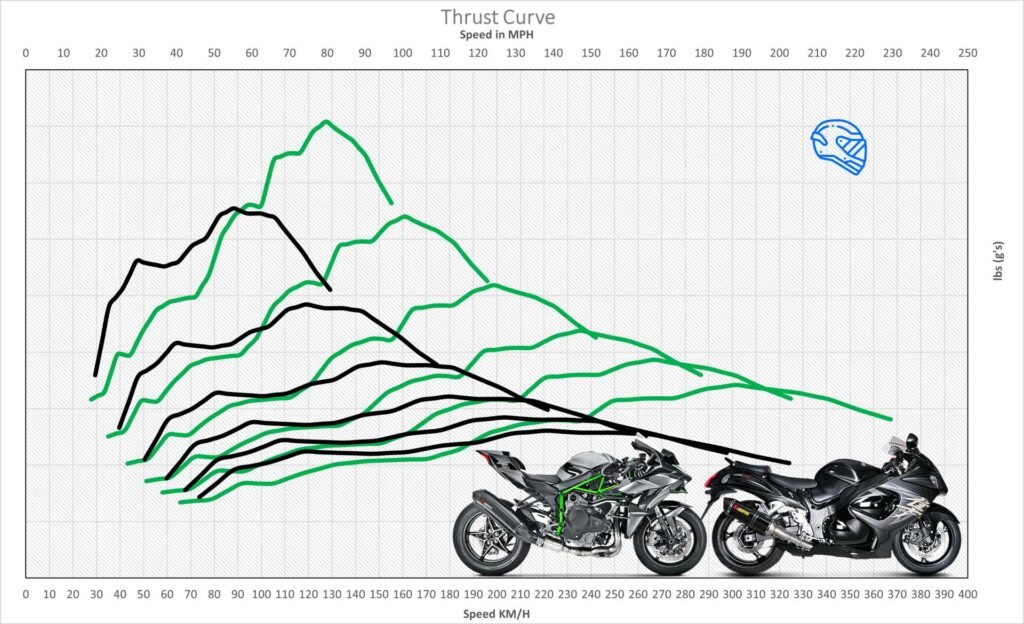 The above graph shows each motorcycle’s torque curve when translated through the gears. It’s the actual acceleration available to the rider in each gear and it is plotted against speed.

Due to producing more power and torque in the lower rpm range, the Hayabusa has more acceleration available in the first half of each gear.

This advantage could be more but the Hayabusa is geared much higher than the H2R so its bottom and midrange torque advantage is not as high as it could be if the Suzuki ran with lower or the same gearing as the H2R.

The H2R on the other hand offers much more thrust and acceleration in the second half of each of its six gears as clearly demonstrated above.

Despite the Hayabusa running longer gear ratios the H2R actually has higher top speeds in each gear, and this is simply due to the H2R being able to rev to 14000 rpm against the Hayabusa 11200 rpm.

Hayabusa vs H2R Acceleration through the gears 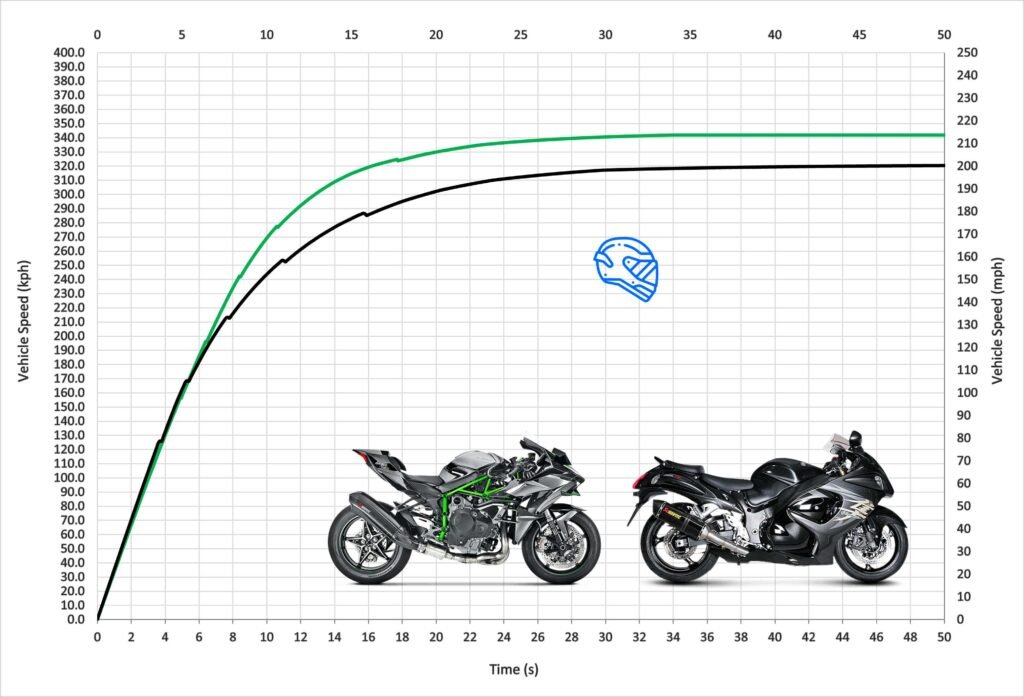 The GSX1300R Hayabusa and Kawasaki H2R are evenly matched from the dig, with the Hayabusa having the advantage. It is only when halfway through third gear and at around 120 mph which is where the H2R is able to translate its extra 60 horsepower much more effectively.

The Quarter Mile time for the Hayabusa is 9.91@150 mph which is only a fraction behind the H2R’s 9.76 seconds though the H2R is hitting a terminal speed of 164 mph and really getting into its stride.