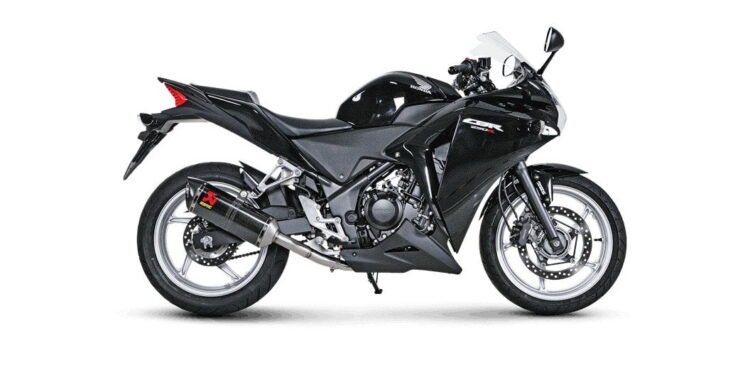 Honda rejoined the entry-level sportbike class back in 2011 with the introduction of its CBR250R.

This was a motorcycle sold in all markets and was aimed at new riders who wanted a sport-looking motorcycle that made a good all-around commuter but was also reasonably priced.

Honda has traditionally been the most conservative of the big motorcycle brands though from time to time they do come out with something bonkers like the Honda NR750 or the most recent Honda CBR1000RR-R.

The Honda CBR250R is very much in-line with the conservative side of the Honda bipolar design team of that era.

It’s powered by a small and compact 249 cc single-cylinder engine that produces a claimed 26 horsepower at a low;y 85000 rpm and a peak claimed torque output of 16.8 ft/lb delivered at 7000 rpm.

It weighs in as one of the lighter models in the class at 168 kg wet. Both numbers combined do not really set the world on fire.

Since 2012 the market has changed somewhat with there being a kind of arms race to offer more powerful entry-level motorcycles.

There are many reasons for this but its mostly down to the ever-evolving learner licensing laws in many markets that have also meant that the ‘entry level’ class of motorcycle is not as clearly defined as it used to be via engine capacity alone.

We now see motorcycles up to a very ‘middleweight’ 660 cc that makes up the ‘entry-level’ motorcycle category – albeit some of the 500 cc plus motorcycles that occupy this class are restricted.

These 500 cc plus restricted models are restricted so that they meet power and/or power-to-weight ratio limits such as A2 or LAMS-restricted motorcycles. 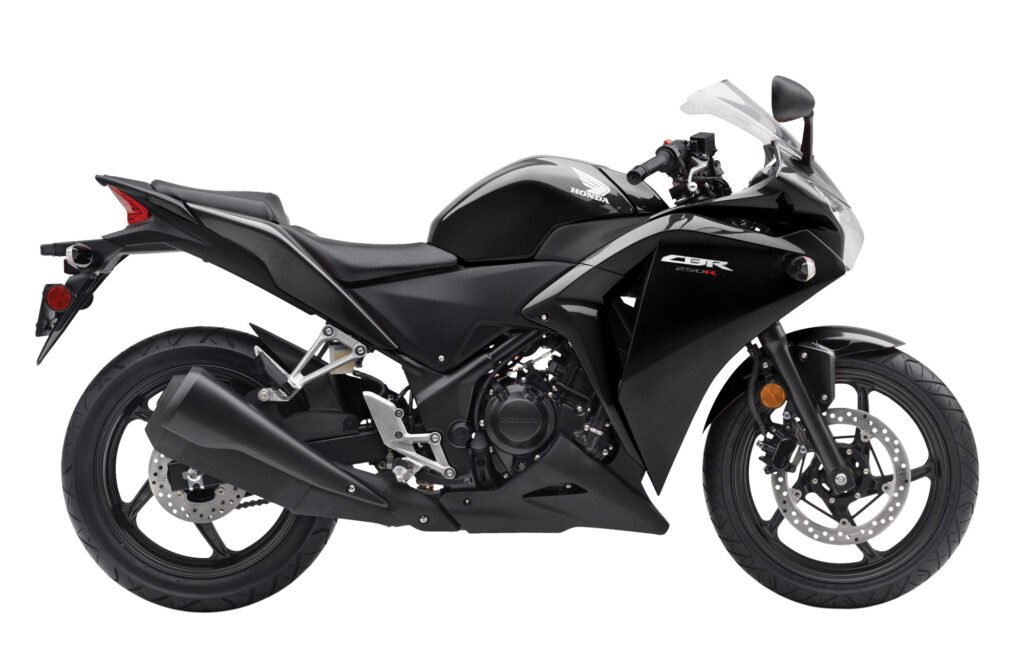 The Honda CBR250Rs engine capacity is only a 250 cc bike and thus it is full power and not restricted in any way.

As a prospective new motorcyclist, you have many great choices of motorcycles to pick from offered up by many brands. As an example, If you like Honda’s you can opt for a CBR150R, CBR250R, CBR250RR,CBR300R,CBR500 and CBR650R. Those are just a few. It’s a minefield for sure!

The CBR250R has been and still is a massively popular motorcycle but as times have changed it has become a less compelling option since the CBR300R arrived as well as the CBR500RR and so on as well as the very many competitors that have options too, that at least from a performance perspective offer much more than the outgoing Honda CBR250R.

With the huge number of alternatives, how does the CBR250R stack up from a performance perspective today? 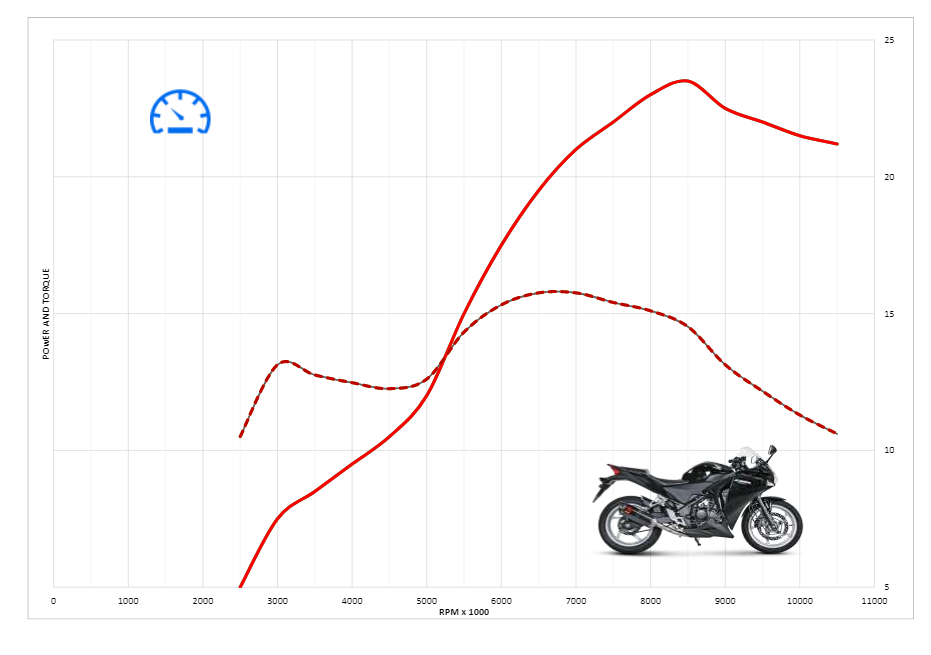 The power delivery is typical of a small capacity average revving single cylinder engine where the most usable part of your performance sits between 5000 and 8000 rpm.

The above does not mean to say that below 5000 rpm there is no usable power, it’s just that when we are talking about a peak of 23 horsepower only.

You’re not going to drive it in 4th gear from 3000rpm and get anywhere fast so using lower gears with rpm above 5000 is the place this bike is happiest.

If you keep the engine above 5000 rpm and below 8000 rpm you make decent progress without causing the engine to feel like it is overworked and under-delivering.

Revving the engine beyond 9500 rpm and to 10,500 will still make the bike move but you can shift a little earlier and not hurt your progress and in fact improve it in the higher gears when going for it..

We, of course, have not tested all the motorcycles in the entry-level class but of those we have tested, it is only the Suzuki GSX250R that has a worse engine performance.

Granted that is the only other 250 we have tested along with the Ninja 250R which quite frankly has a better-performing engine. 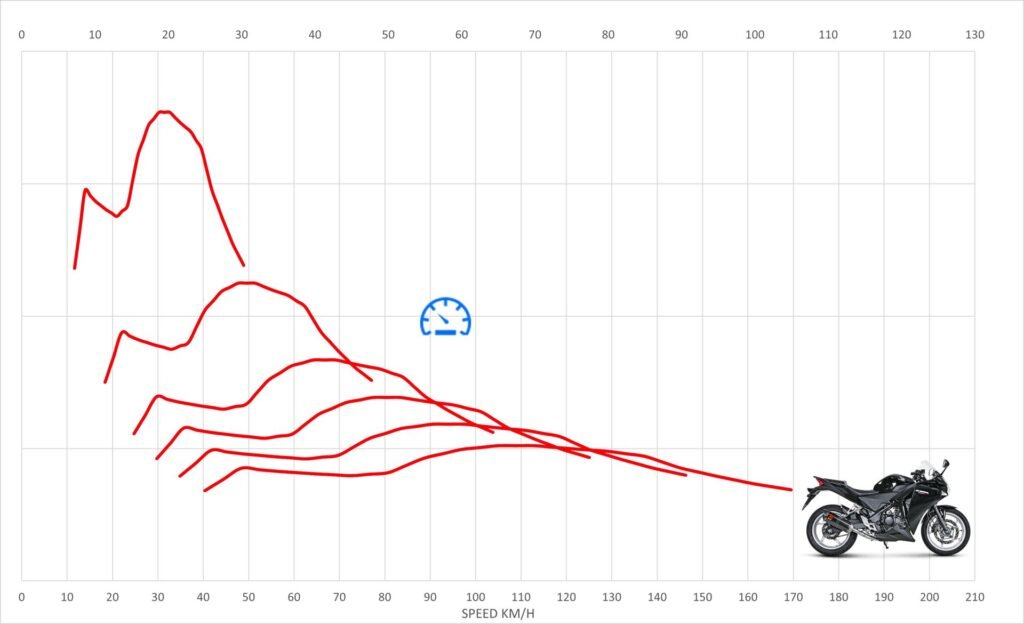 It is not all bad for the Honda CBR250R despite it not being a performance-orientated engine.

As the Honda  CBR250R can still accelerate from 0-60 mph in 7.10 seconds. If in isolation objectively that is quick though it requires 3rd gear and two gear changes to hit 60 mph.

This is pretty much the optimum 0-60mph time. Most resonable sized and weighted people with reasonable enough skills will be doing eight-second runs.

You must not use the clutch when changing gears as you’ll definitely add a few tenths to your time!

Below 70 mph or the first four gears is kind of the best operating range for the Honda CBR250R. You’ll be in those mentioned gears mostly around town and on slower country roads.

Once you get you hook into fifth gear the Honda CBR250RR starts to run out of steam objectively and compared to its rivals but it still gradually accelerates at an acceptable rate. 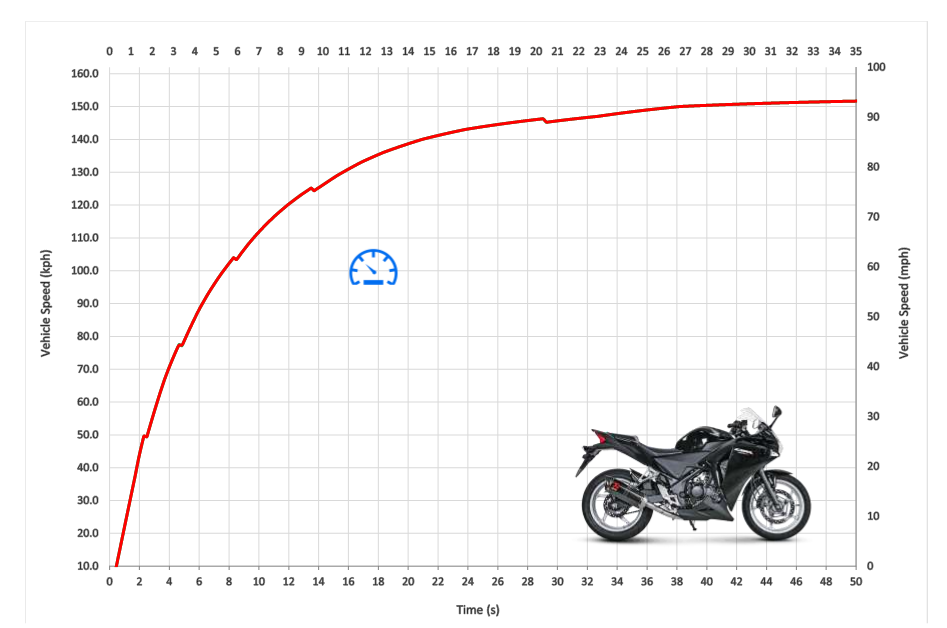 keep feeding the little Honda CBR250R gears ensuring that you are in maximum tuck, and you can expect the quarter mile time for the CBR250R to be achieved in 15.86 seconds @ 81 mph.

It is a decent time for such a low powered small engine capacity motorcycle,.

In terms of elapsed time, anything under 16 seconds is as good as many small-capacity turbocharged entry-level cars can muster.

Though the Honda CBR250R will have a slightly lower terminal speed due to getting off the line a little quicker but accelerating a little slower up top.

Again though,  these are optimum times. Most people will be doing mid-sixteen seconds with a terminal speed of around 75 mph. 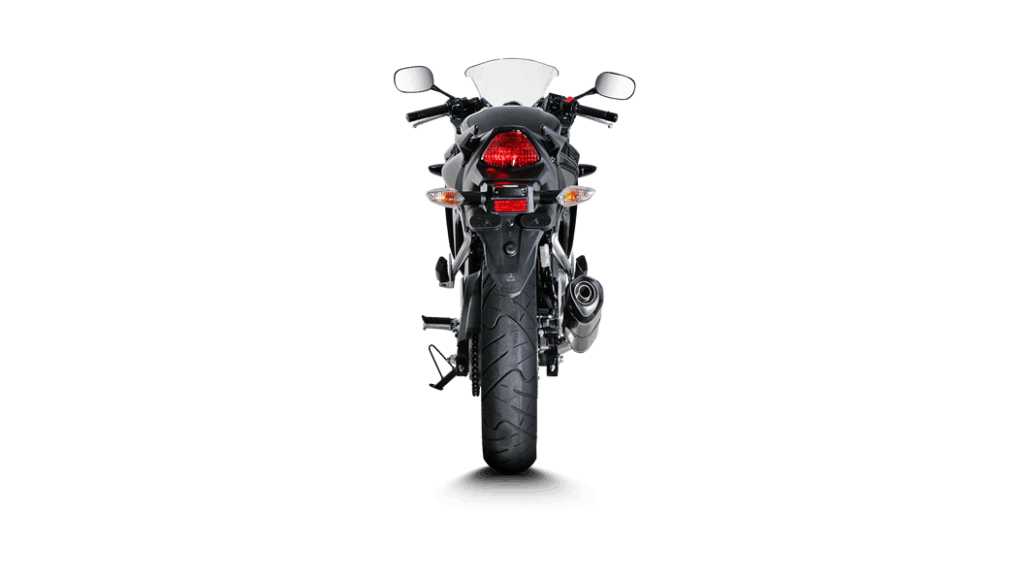 Top speed is very much dependent on how large you are and how windy it is. This is the case for all motorcycles, but the less power a motorcycle has the more the rider’s size and weight will impact the performance numbers.

We managed a top speed of  93 mph on the Honda CBR250R which took an astronomical 97 seconds to get to.

A more realistic top speed for most people will be around 90 moh which the Honda CBR250R can get to in around 25 seconds from a standing start.

If you’re not in a full MotoGP racer tuck expect around 85 mph at best from the Honda CBR250R.

You personally may get more or less top speed, though it is dependent on the formerly mentioned factors.

90 mph is a realistic top speed for the Honda CBR250R for most people unless you have an exceptionally long and straight road.

The Honda CBR250 back in 2011 while still not top of the performance pile was more or less matched with its other playmates in its class.

Now though, as mentioned there are many faster options that fall in the loosely defined class.

If you want the maximum performance the Honda CBR250R is not the best choice as there are far more capable alternatives offered up by Honda themselves and by rival brands.

If you must have a sporty entry-level Honda and want to race your friends on rival bikes, then the CBR300R or CBR500R are better straight-line performance choices than the CBR250R.

Alternatively, the new CBR250RR is a high-performance 250 though this motorcycle is not available in all markets.