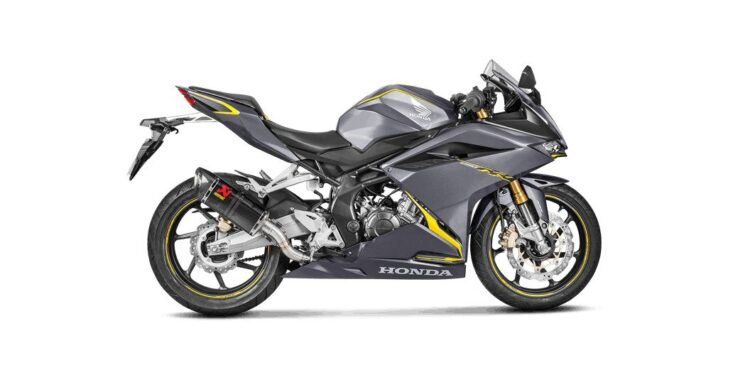 Below, we take a look at the Honda CBR250RR  0-60 mph time, quarter mile time,  in-gear and outright acceleration through the gears and its top speed. 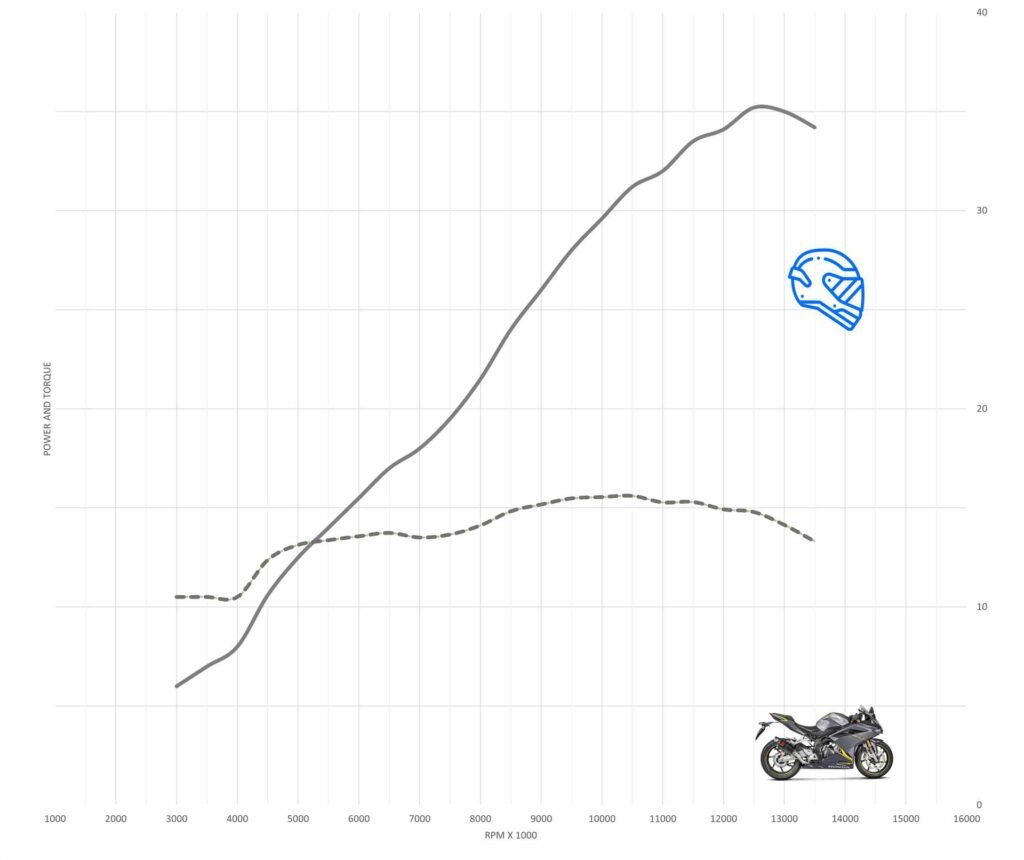 took a long time coming but we finally got the CBR250 that was expected. Ok, maybe the new 2017 CBR250RR is not quite the four-cylinder screamer of yesteryear but it’s a significant upgrade to the outgoing CBR250R and even CBR300R.

Honda has been competing for many years in the entry-level learner market with motorcycles powered by single-cylinder engines, while rivals had more powerful twin-cylinder engines.

Despite this the CBR250R and 300R were popular and sold very well for Honda but were not a the top in terms of performance.

The new CBR250RR may be down a few cc to the CBR300R but thanks to its parallel-twin cylinder higher revving engine, it makes more power.

The engine sits somewhere in between the Ninja 250 and 300, delivering similar bottom and midrange power as the Ninja 250 but making comparable peak power to the Ninja 300 at the top.

Effective torque is spread nicely across a wide rpm range where it pulls good starting from around 8500 rpm.  Even below that if you keep the engine above 4500 rpm there is decent (for a 250) drive.

But really the CBR250RR works best above 9000 rpm which provides a nice little spark of willing acceleration and an almost MotoGP like drone as it screams close to 14000 rpm. 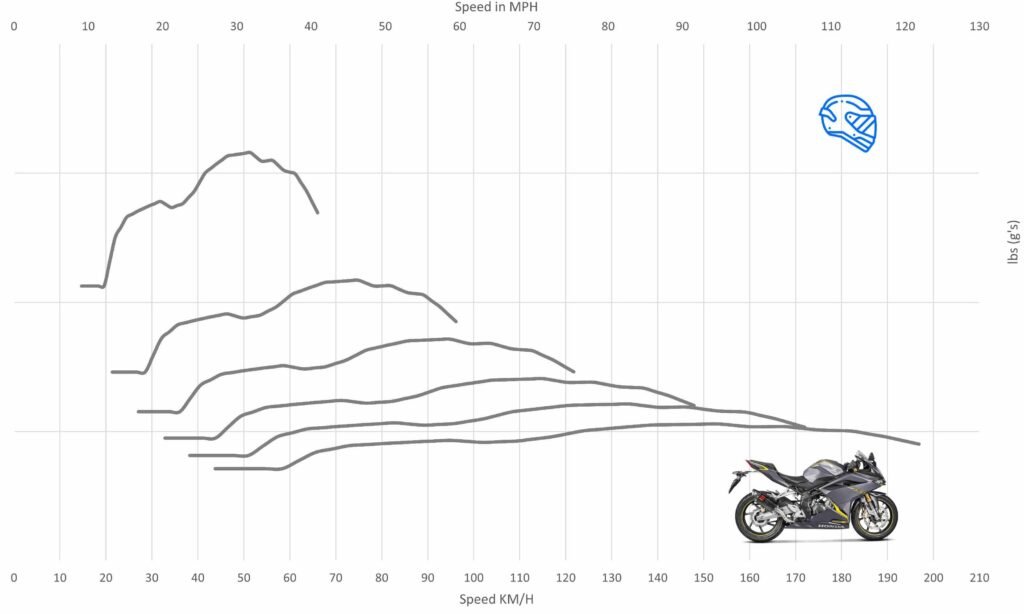 Of course, being a 250 there is no getting away from the fact that you must rev it hard to move and really it should be kept above 6000 rpm in the first three gears and above 9000 rpm in the remaining three if you must get a move-on in a hurry!

You do not have the luxury of running in higher gears at lower speeds like on more powerful larger capacity motorcycles.

Think of a Kawasaki Ninja 250 but with much more at the top starting from around 8000 rpm and right up to 13000 rpm plus and that will give you a picture.

Like most sub 300 cc motorcycles at highway speeds, you do have to plan your overtakes and also ensure that you are in the correct gear.

From around 60-70 mph you’ll need fourth or fifth for the best effect and with your revs above 9000 rpm regardless of your gear. 70 mph in sixth gear is around 8300 rpm and just out of the area of peak thrust as per the chart above.

In-gear performance is up there in the 250 class with the CBR250RR biting on the heals of larger capacity motorcycles in terms of its ‘go’. 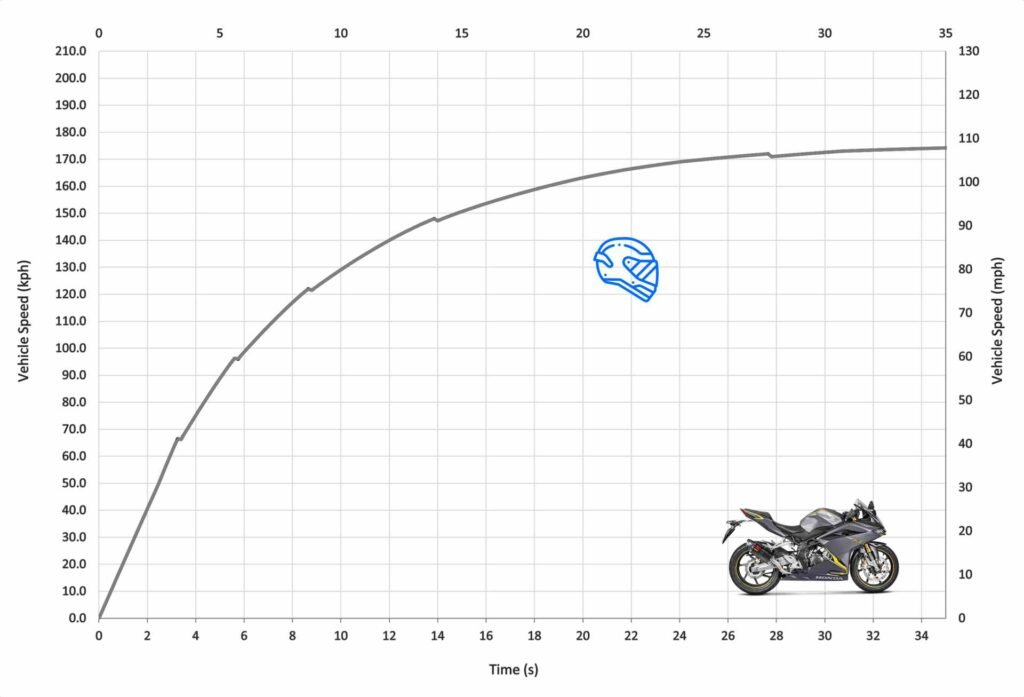 Honda CBR250RR Acceleration though the gears

The new CBR250RR goes really well and is one of the fastest 250s of recent times and probably only bettered by the crazy four-cylinder Kawasaki ZX-25R introduced in 2020.

With that said the CBR250RR punches above its weight and outright is as accelerative as a Ninja 300.

Just like its rival the CBR250RR requires heaps of rpm and lots of clutch slip to get it off the line optimally where it will hit 0-60 mph in only 5.80 seconds which is pretty wild for a 250 cc entry-level sports bike.

The CBR250RR can’t quite dip under six seconds from 0-100 km/h as requires a gear change just before but still does a great time of 6.13 seconds.

Not long after the quarter mile, the CBR250RR will hit its 0-100 mph time in 19 seconds which is very impressive.

Like many smaller capacity lower power motorcycles getting optimum times is not easy, with launches and gear changes having to be perfect.

The above times are on the closer side to the optimum. Most of you will be doing 0-60 mph times of 7 seconds and quarter mile times in the mid-fifteens but the above shows what this little CBR250RR missile is capable of.

For best elapsed times and speed, the CBR250RR works best if you take each gear right up to the redline and just below 13500 rpm in fourth  gear and fifth gear before changing up.

It will get to 100 mph pretty easily but that last 10 mph will only come if you have favourable conditions as just like all lower-power motorcycles headwinds really diminish their top speed potential.