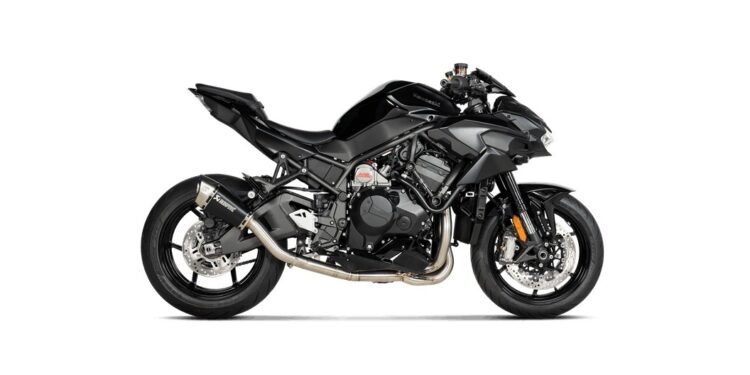 Currently the Kawasaki Z H2is one of the most powerful ‘Super Naked’ motorcycles on the market. Below we have top speed and acceleration data through the gears accompanied with Dyno Curve and Thrust Curve graphs. 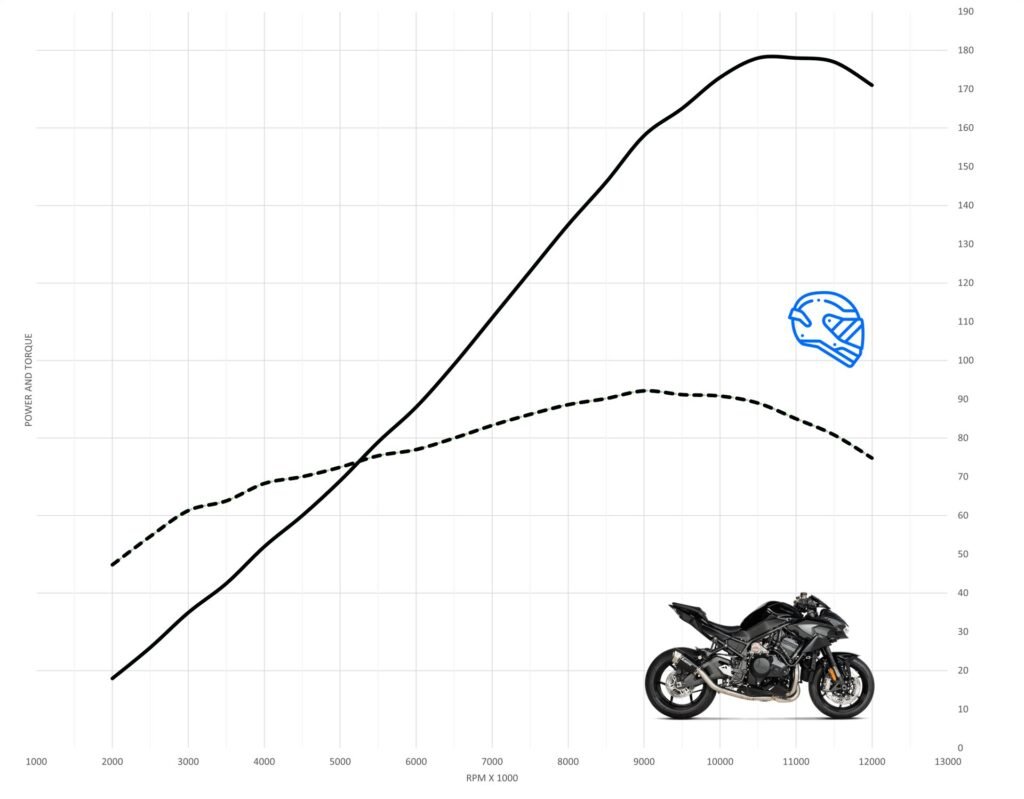 These kinds of numbers are totally bonkers for a naked motorcycle.

The engine is probably one of the silkiest big-bore engines on the market as it drives exceptionally smooth from tick over even in higher gears.

The delivery as you ask for power is probably unrivalled in its linearity and is almost Honda-like with very little if no peaks or troughs.

The Honda comparison ends right there though as the more you ask of the engine the more it builds up intensity unlike any other motorcycle other than Kawasaki’s own H2 and H2 SX. The Z H2 loves to be revved hard and sounds amazing as you thrash it through the gears. 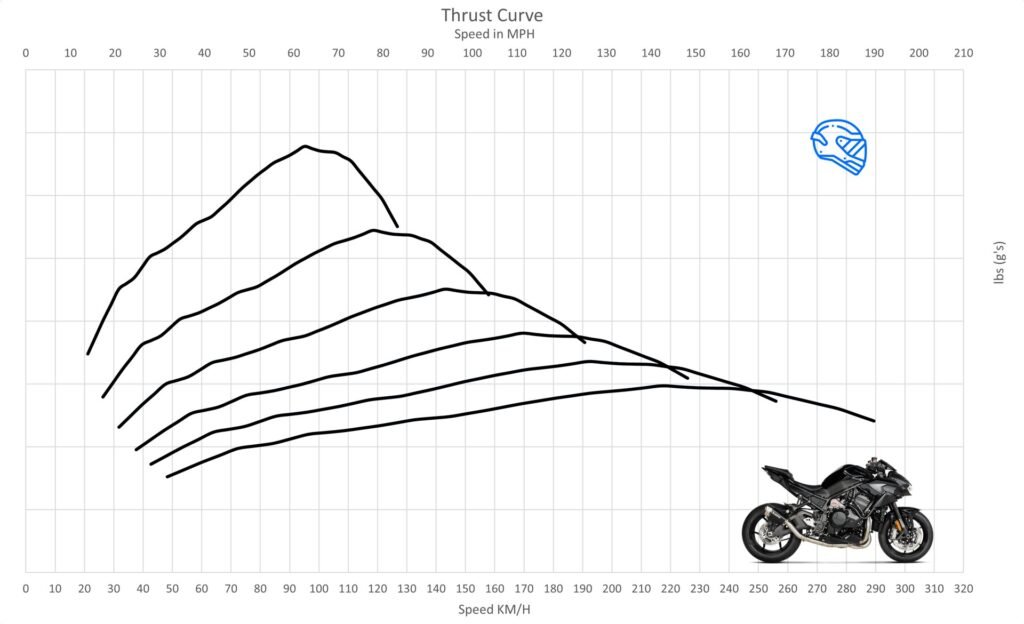 Due to having a 998 cc displacement and rocking a Supercharger, the Kawasaki Z H2 is one of the most responsive engines available.

For example, the Z H2 offers more acceleration in any gear at any speed below 140 mph than a Gen two Hayabusa.

Either way on the Z H2 you will never be wanting more acceleration, and it also really does not matter what gear you are in just open throttle and the Z H2 will respond instantly and fire you down the road. It has almost too much acceleration available to it on the road but that won’t stop many from looking for more power as they tune the Z H2. 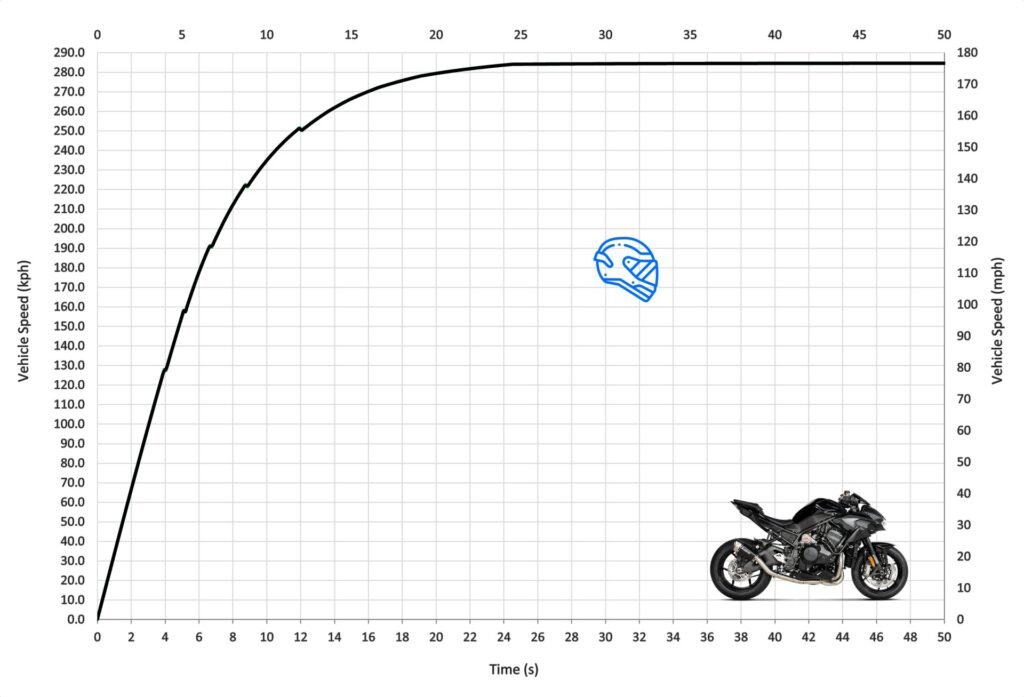 The Z H2 delivers some great acceleration times as to be expected from making close to 180 horsepower at the rear wheels. 0-60 mph is limited by wheelies and could be much better if the Z H2 was lowered or strapped.

Like many big powerful bikes, 0-60 mph or 0-100km/h times are pointless measurements. It is beyond that speed that paints a more accurate picture.

The Z H2 could probably break into the 9s on the quarter mile if all stars aligned though manages a 10.13 with a terminal speed of 146 mph.

If you have the balls to hold on for long enough and your neck can withstand the wind drag the Kawasaki Z H2 will hit a real 176.8 mph top speed though would probably not want to go more than 150 mph.