Ducati’s Monster 1200S is one of many Ducati Monster’s past and present and is a naked motorcycle that competes in the Super Naked class alongside other motorcycles such as the Kawasaki Z H2 and KTM 1290 Super Duke R. 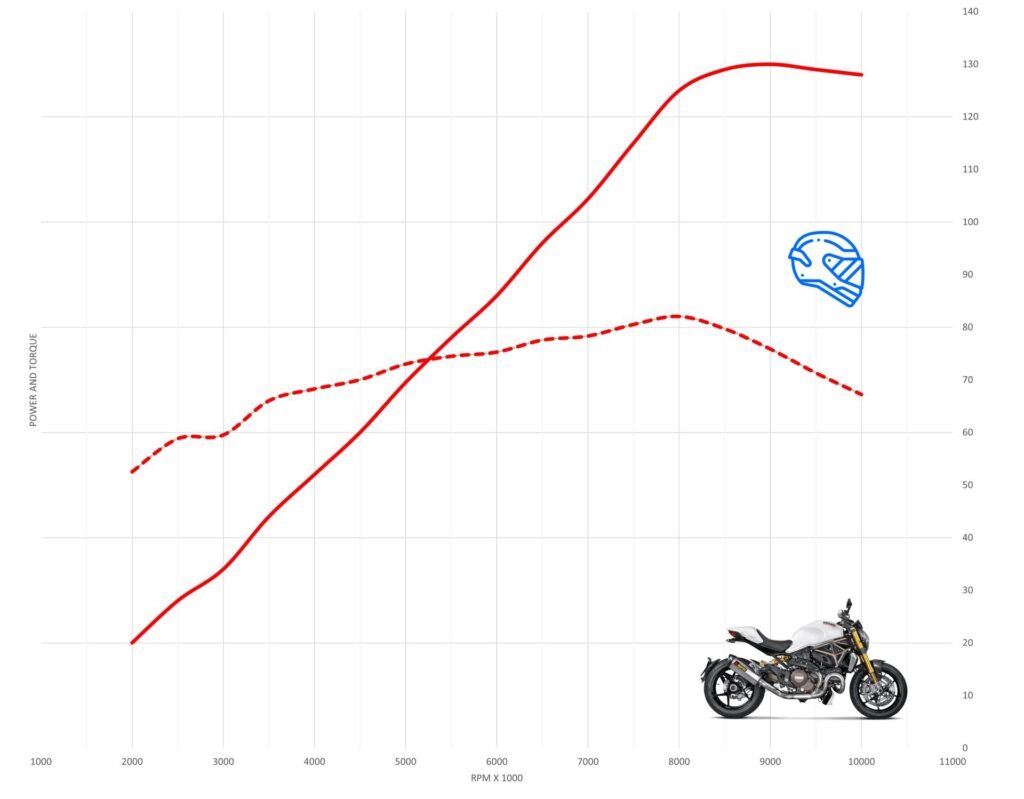 On the dyno and at the rear wheel we have a solid 130 horsepower produced at 9000 rpm. Torque is impressive as expected from such a large engine at 82 ft/lb at 8000 rpm.

At 4000 rpm the Monster 1200S produces 70 ft/lb, and as the rpm rises you are greeted with torque and power that keeps linearly building up to its peak.

The power and torque delivery are excellent with a very linear flat curve that gradually builds from tick over all the way to the rev limiter at 10300 rpm. There is a slight flat spot between 2500 and 3000 rpm but is barely noticeable on the road. There is no powerband as such with the Ducati Monster 1200S, as it just drives and accelerates hard everywhere regardless of the rpm or the gear that you are in which ensures that overtaking is effortless at all times and by any standards.

The available power and torque make for a very competent engine that really shines on the road.

The instant punch is very useable and hugely satisfying and will pretty much keep almost any other motorcycle in check. Only the fastest motorcycles if tapping into their top-end power will have the edge.

Should you really want to move you should take the first three gears all the way to just before the rpm limiter while changing up the remaining gears at around 9500 rpm and your acceleration numbers should be excellent. 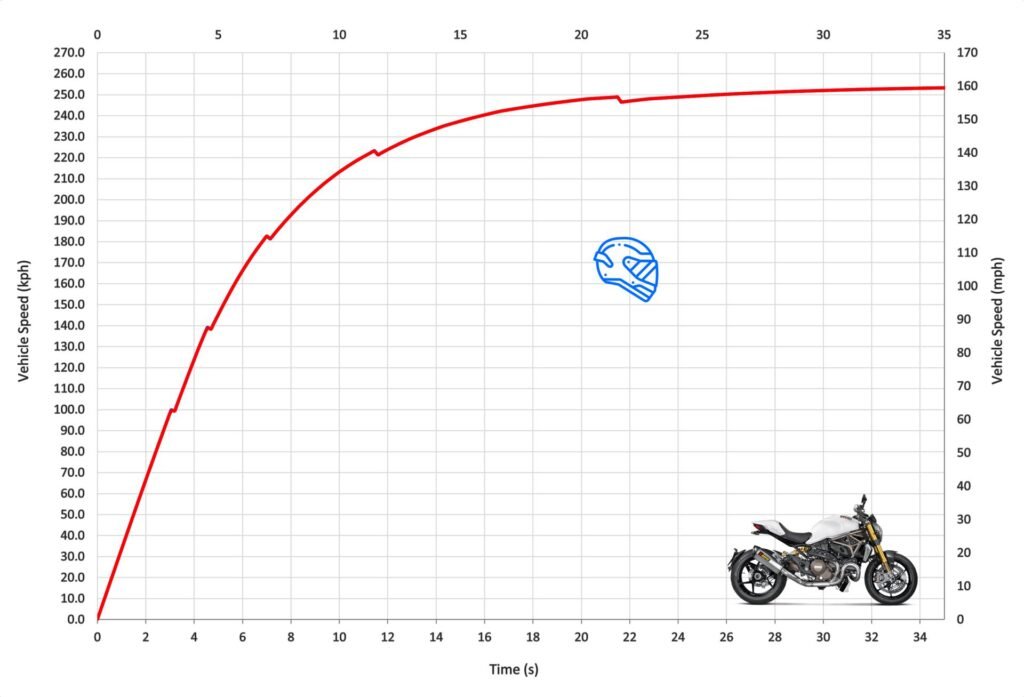 To hit these speeds, you have to take the Monster right to its’ redline otherwise a gear change would add a few tenths to the times.

The Ducati Monster can accelerate from 0-100 mph pretty much as fast as most 1000 cc Superbikes at only 5.73 seconds if you can control the wheelies.

From there on the Monster 1200 S settles and goes on to smash the 0-200 km/h time in only 8.62 seconds which is an astonishing time for a non-Superbike.

Equally impressive is the Ducati Monster 1200’s quarter-mile time of 10.57 @ 135 mph which pretty much matches Suzuki’s GSX-R750 albeit with the GSX-R pipping the 1200 Monster by 3 mph in terminal speed.

Impressive the monster still charges hard from 130 mph and records a 0-150 mph time of 16.40 seconds though you really must lay flat on the tank otherwise you’ll add 3-4 seconds extra as the wind tries to tear you off the bike.

If you have the balls to hold on long enough the Ducati Monster 1200S is good for 158 mph with a few rpm to go, though realistically for most riders and with a normal tuck we would be talking 145-150 mph, but it is very unpleasant at those speeds.

The Monster 1200 offers ‘Superbike’ acceleration of yesteryear and as much if not more in-gear acceleration than many bikes.