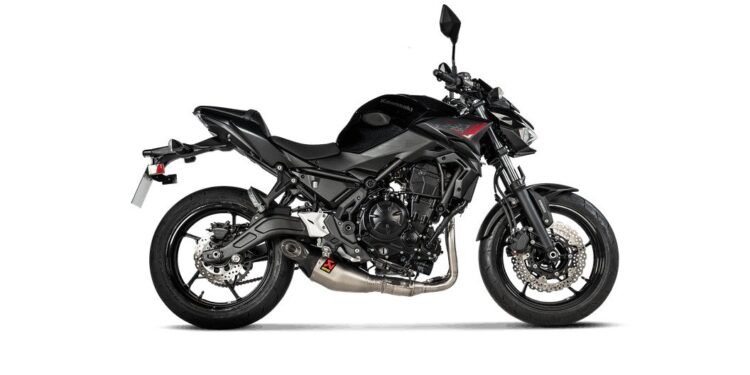 Below, we take a look at Kawasaki’s Z650 in-gear and outright acceleration through the gears, along with its top speed. 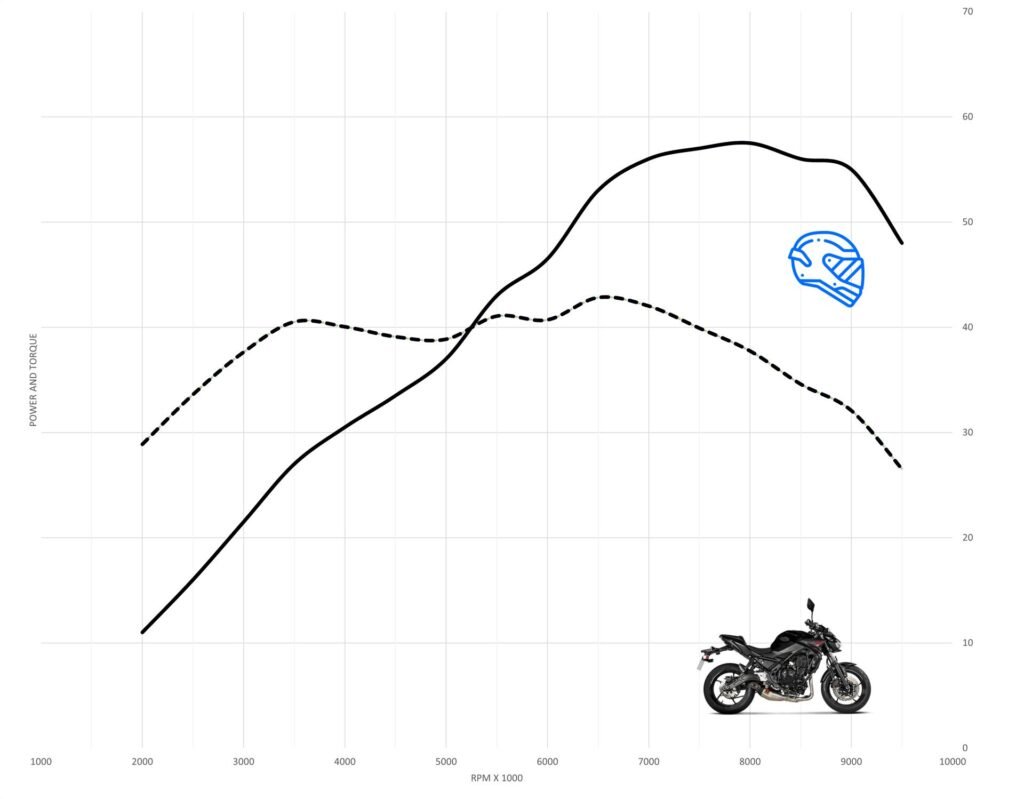 It may not make the most power in class, but the engine is nonetheless a strong engine with a particular emphasis on a strong bottom and midrange.

There is good torque right off tick over where it picks up strongly from 3000 rpm. From this point, torque does tail off a little into what we could call a mild flat-spot until the engine recovers again at 5000 rpm.

This is not noticeable on the road as there is still ample available torque which is made best use of Kawasaki’s good choice of low gearing for the Z650. 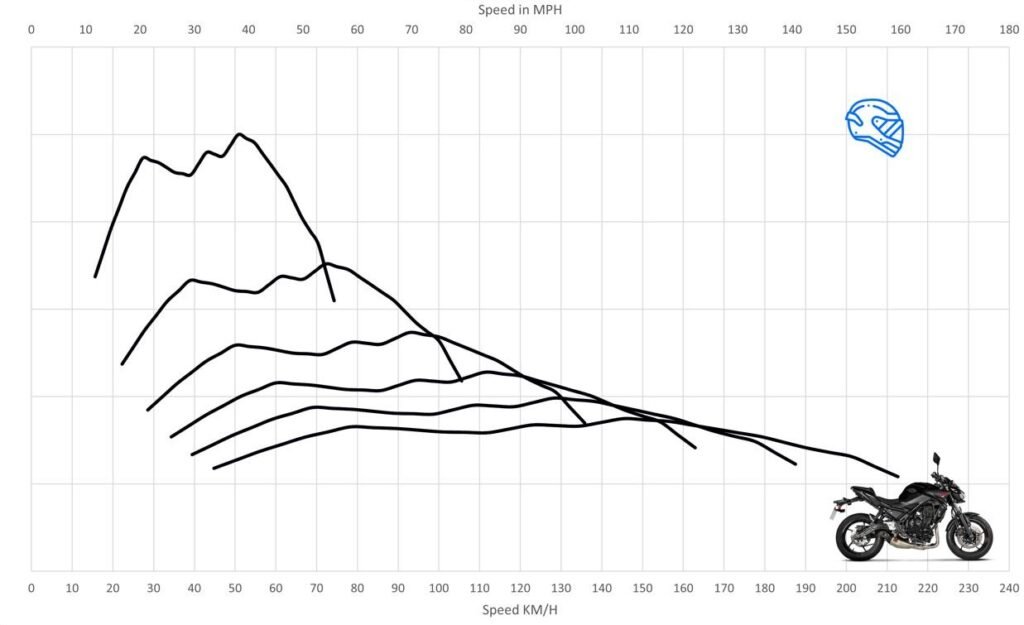 While the Z650 is not high revving, especially if compared to the four-cylinder rivals such as the CB650R, the engine’s useability starts from lower in the rpm range from 3000 rpm.

It is not an engine that you should thrash to the rpm limiter to get the best out of it, nor do you need to as good progress can be made between 3000-7000rpm.

If you must hear the parallel two-cylinder scream, 8000-8500 rpm shifts are the sweet spot as winding her right out to 9000 rpm plus are overkill and won’t get you to where you are going any faster.

This is evident in the thrust curve as you can see the thrust lines overlapping which is a sure-fire suggestion that you should change up a gear before, otherwise you’ll lose outright acceleration.

The character and performance of the engine are very similar to the MT-07 but the Z650 just offers a little bit less. 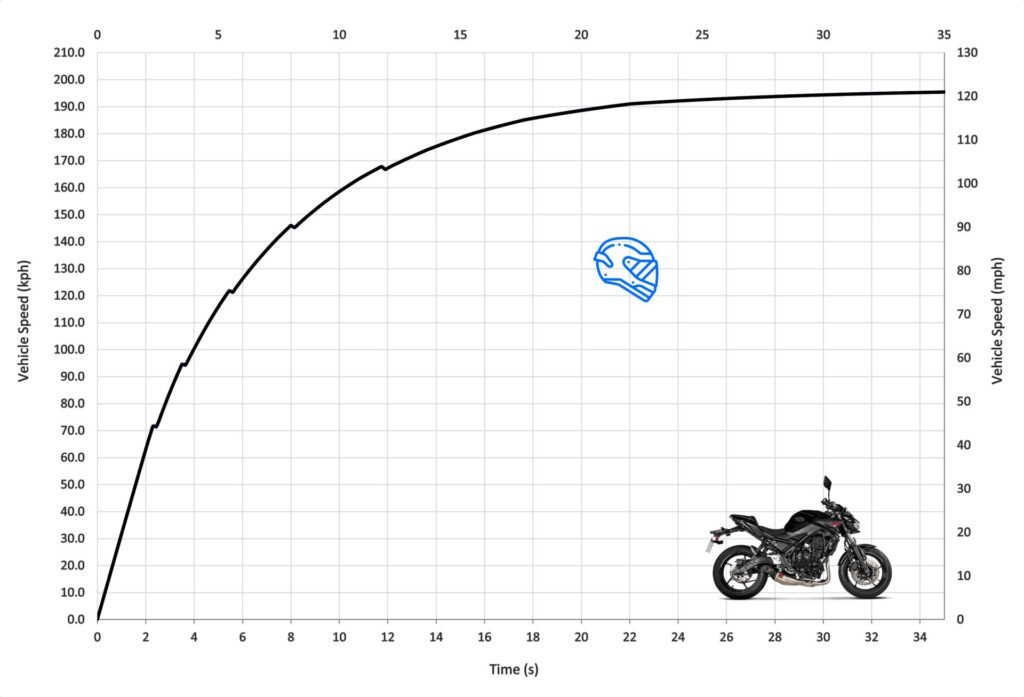 Kawasaki Z650 Acceleration through the gears

Talking of acceleration, the Kawasaki Z650 moves well and can give many sportscars run for their money off the line with a 0-60 mph time for the Z650 arriving in a very impressive 3.78 seconds and achieved in second gear.

The sprint to 100 mph from zero is very impressive too at only 10.40 seconds but it does fall behind some of its faster rivals such as the MT-07 which is a motorcycle that is both more powerful and lighter.

The same can be said about the sprint to the quarter mile though the Kawasaki still puts out very respectable numbers at 12.45 seconds with a terminal speed of 105 mph.

The Z650 is a naked motorcycle so top speed will always be impacted by lack of faring but despite this, you can expect 122 mph if you are hugely committed but the real-world top speed for most riders of the Z650 would be around 115 mph.