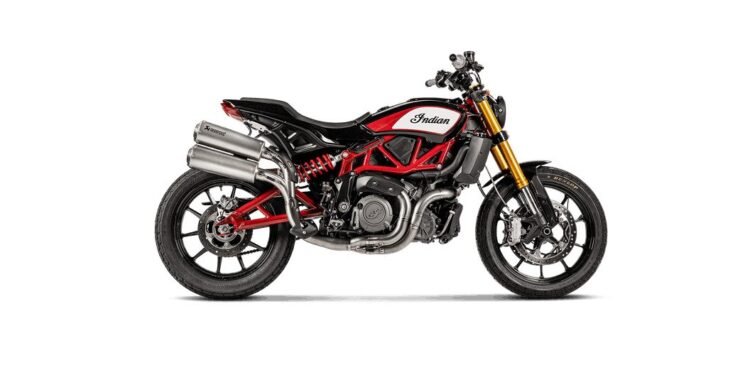 Below, we take a look at Indians FTR1200’s in-gear and outright acceleration through the gears, along with its top speed. 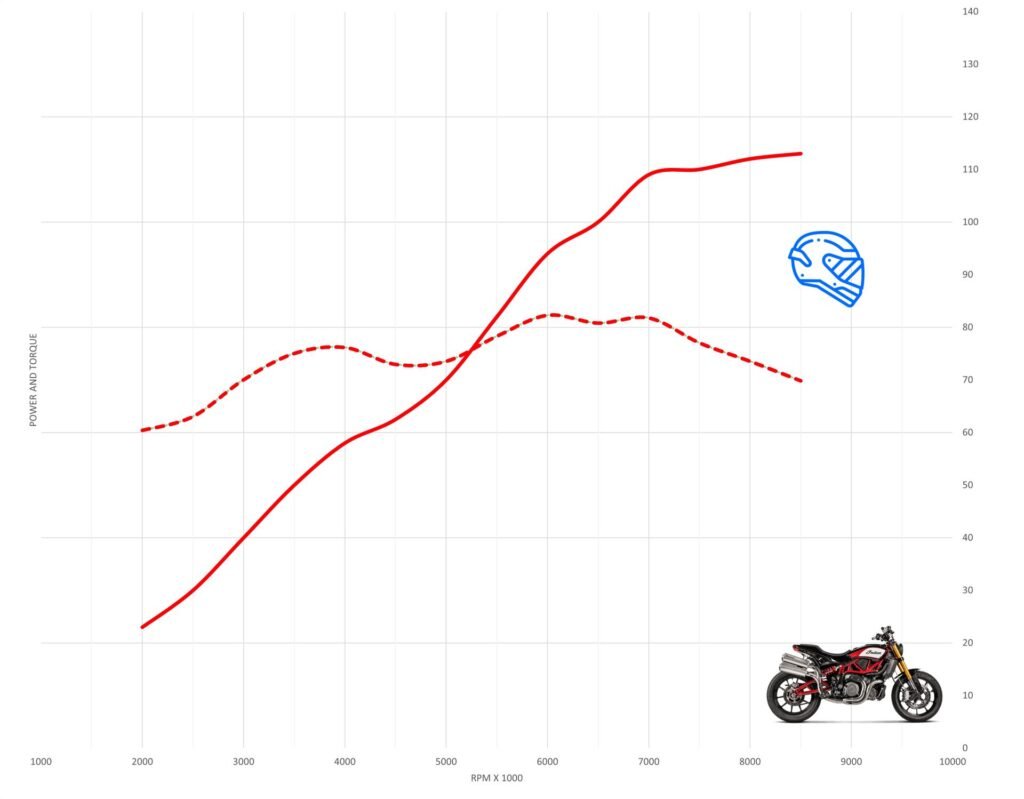 It is not the highest revving engine, but it is not easy to get two very large 600 cc pistons to spin hard so 8000 plus rpm is very impressive.

Power and torque is spread nicely though there is a dip in the midrange, though it is is not really felt on the road as the drive is still instant. 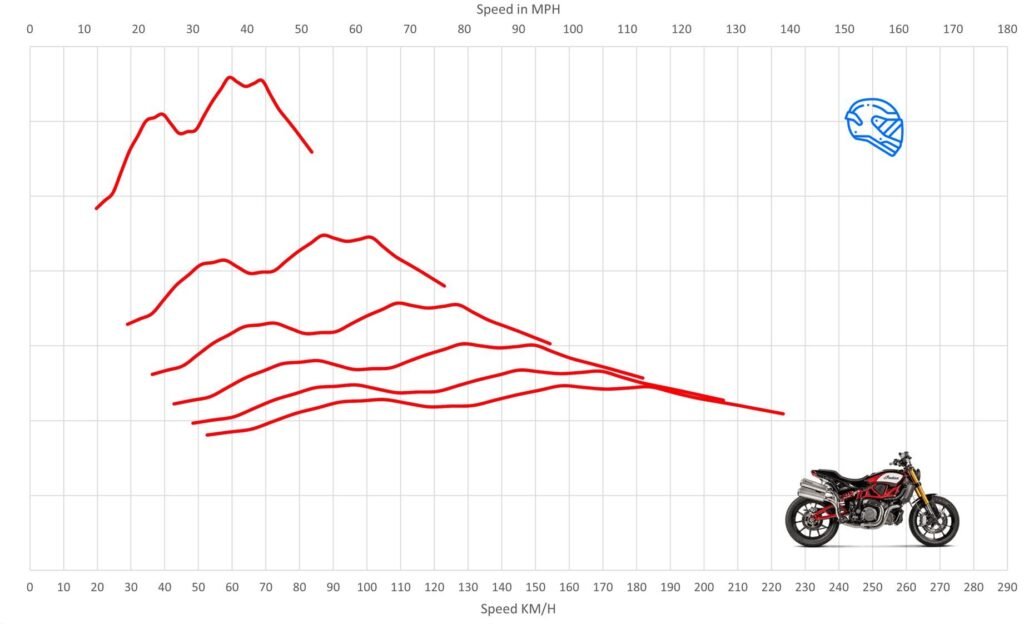 It picks up hard at 5000 rpm which encourages you to thrash it.  I did say the 112 horsepower was disappointing but that is only on paper, and only if you are comparing to other motorcycles that the FTR competes against.

What’s on paper does not always tell the whole story and this is certainly the case with the FTR as the engine feels a whole lot stronger than the numbers would suggest.

A big part of this would be the great spread of power and torque and especially that bulge off of the bottom end that makes the engine feel really potent.

Then we must take into consideration the choice of gearing which is perfect for the road and blasting from corner to corner. The engine really does trade blows with the Monster 1200 and only loses out right at the top. 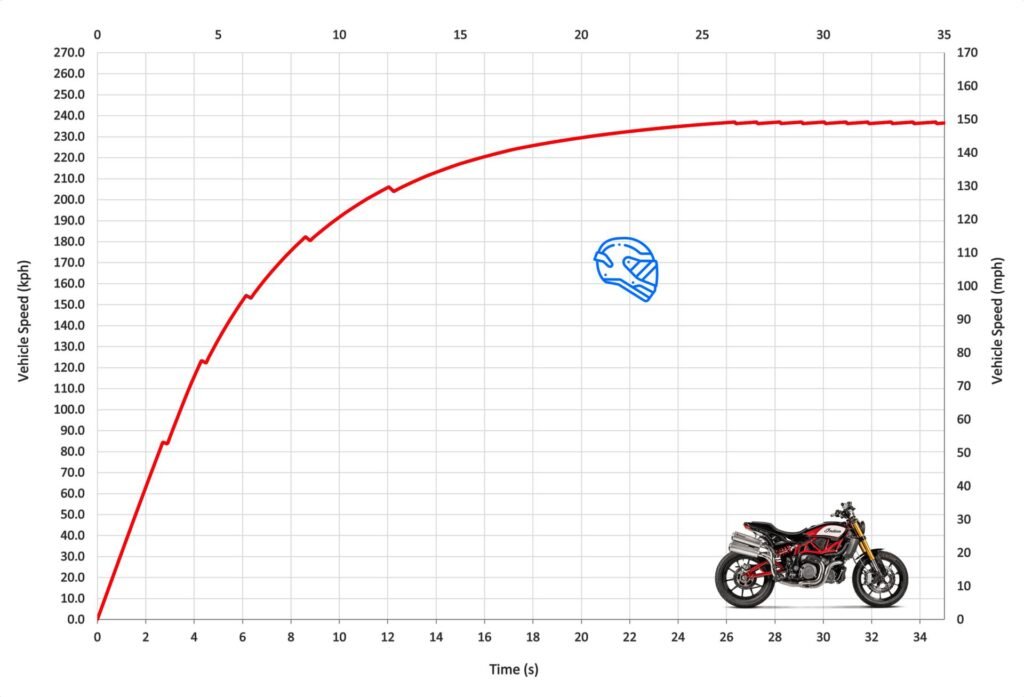 Indian FTR 1200 Acceleration through the gears

The FTR 1200 S is a drag bike for the road. It goes very hard considering its hefty weight and on-paper numbers.

Equally, the FTR 1200 tyres are not the best suited for launches as they would easily break traction if it were not for the TCS kicking in.

0-100mph time of 6.82 seconds is a fantastic time and achieved in a flurry of gear changes as the FTR 1200 revs up so fast. It can be easy to bounce it off the limiter if you are not on point with your changes.

The FTR1200 is not as large as you’d assume a 1200 cc motorcycle to be, so getting into a racer tuck is not easy even if you are not very tall.

So your personal top speed may vary greatly depending on your size. Also to add, in some markets the FT1200’s top speed is nerfed but with those restrictions removed you can expect 147.3 mph kissing the rev limiter in top gear.