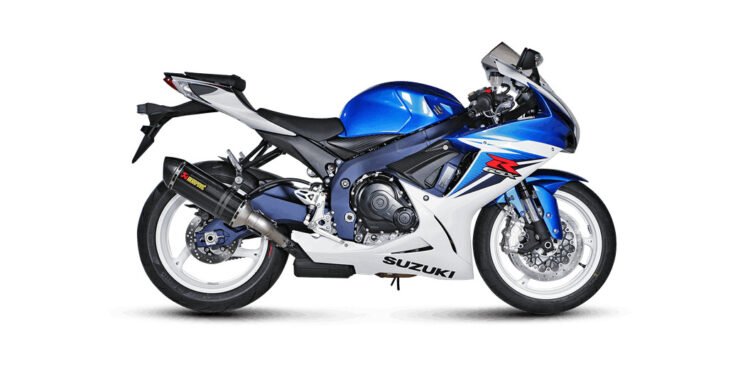 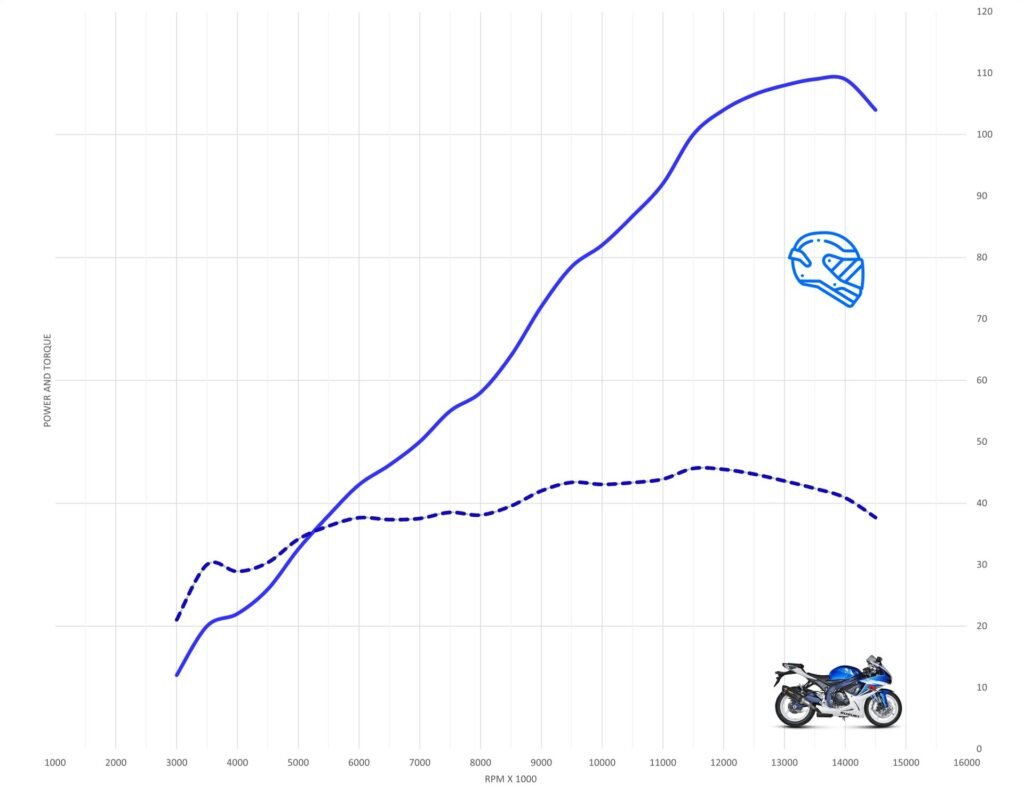 It has remained largely the same for many years but has had incremental changes to its engine, chassis, and styling though you’d have to look very close to establish that it’s not the larger GSX-R750 as both machines share many components.

Powered by a 599 cc high revving four-cylinder engine producing a claimed 124 horsepower at 13500 rpm is pretty competitive and is up there with the best in class.

Amazingly, the GSX-R600 produces ballpark the same crank power as a late 90s SRAD GSX-R750, a motorcycle that was no slouch in its day.

At the rear wheel, if we take into consideration transmission losses of around 10%, we see a healthy 110 horsepower at a nudge under 14000 rpm.

The torque at the rear wheel is not earth-shattering at 46 ft/lb, though is one of the more flexible engines of the 600 cc Supersport class.

The spread of power and torque is very good for a 600 cc Supersport with decent pulling power from a little over 5000 rpm.

Its low-end grunt provides’ far from earth-shattering acceleration but is enough to get you out of trouble in normal riding situations and allows you to run in a gear higher than some rivals.

Like all 600 cc Supersports bikes, their engines are supposed to scream so it is almost not fair to judge them at such low rpm as they are designed to howl. 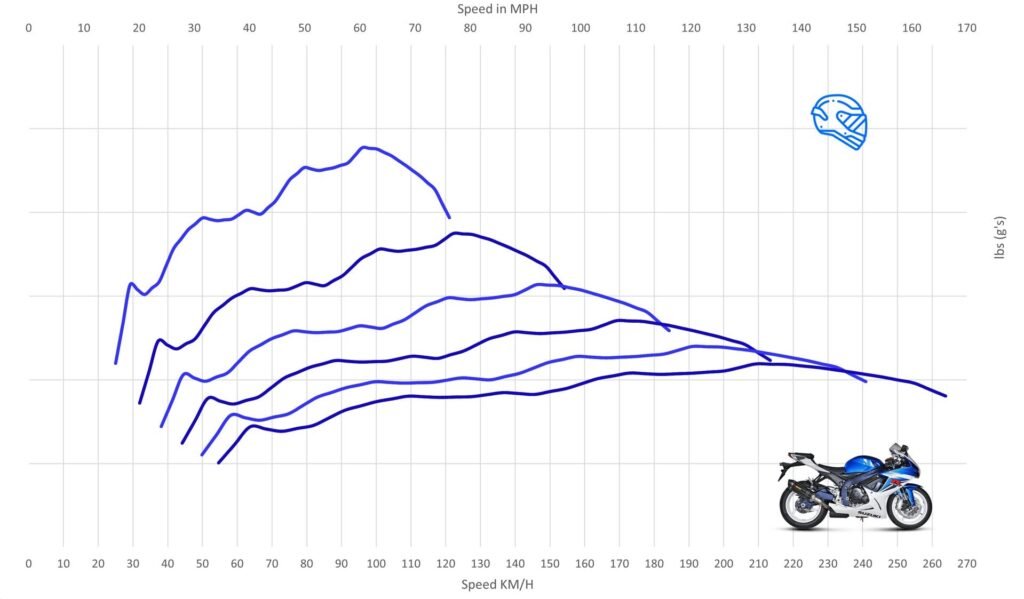 Like all 600 cc Supersports motorcycles the GSX-R600 really wants you to open her up and tap into that howling top-end power, which is where she comes alive from as little as 8000 rpm.

From there on the GSX-R600 provides very good acceleration with a nice usable powerband that is 7000 rpm wide. Keep the GSX-R600 there and it really flies and will keep a few larger engine motorcycles honest and on their toes.

As mentioned, the GSX-R600 is flexible for a 600 and is not so gear dependent as some rivals.

There is a similar in-gear drive at lower rpm as some older 600 cc Supersport motorcycles before they became very peaky as they chased big power from their small displacements.

While kicking her down a gear at motorway speeds would yield much better results for a swift overtake it’s not imperative like on an R6, which is a bike that really takes time to spool up if you find yourself in any gear below 8000 rpm.

The GSX-R600’s engine is definitely one of the better engines for the road and is only really behind the 636 Kawasaki though is down on cc so is to be expected.

Of course, the Daytona 675 offers better bottom and midrange too but yes like the 636 it’s a cheat. 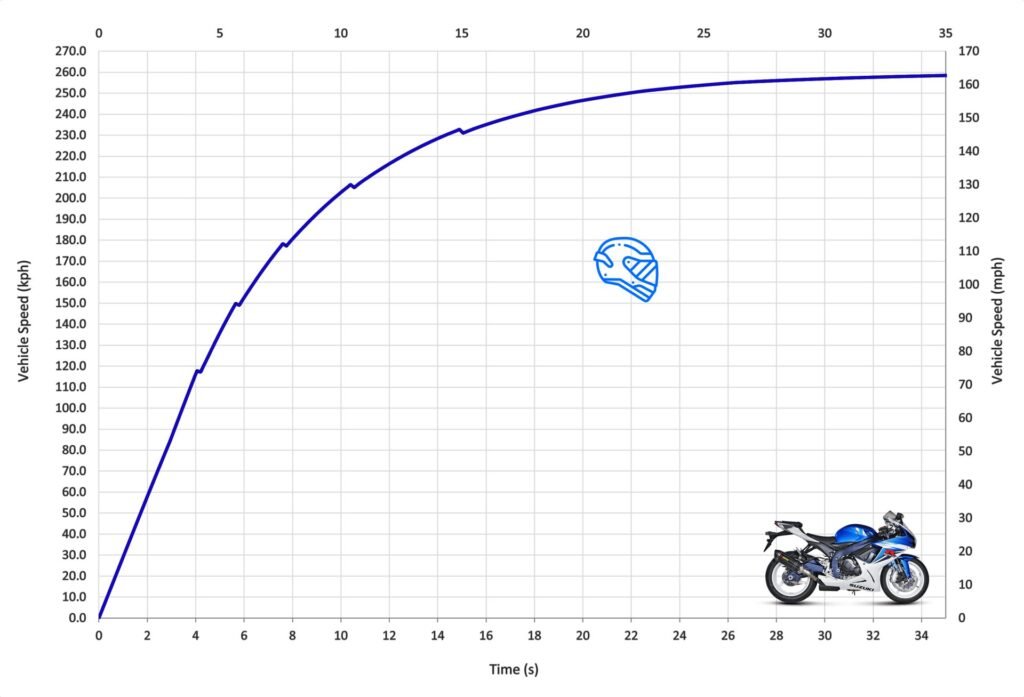 The GSX-R600 is a quick bike and one of the faster of the 600s past and present.

While all 600s are very closely matched in acceleration, the GSX-R600 being larger in dimensions does help as it is easier for larger people to get good cover from the elements which helps with higher speed acceleration and consistency, and also if the conditions are not favourable.

Rivals such as R6 and perhaps with the exception of the latest are very small as are the CBR600RR and Daytona 675.

Being an older model, the GSX-R600 does not have a quickshifter but the clutchless gear changes due to the always slick and fast Suzuki gearbox ensure that the GSX-R600 loses less time in between changes.

The clutch is also good too and makes launching very easy. It will effortlessly wheelie too but not too hard to keep down as the throttle response is very smooth and accurate.

With more time the 3.34 seconds 0-60 mph time could easily come down a little if more aggressive with the clutch but it’s easier to bog so a slightly softer launch with more slip is more consistent.

The GSX-R600 also scores a great 0-100 mph in only 6.47 seconds though does slightly trail some of its rivals. 0-200 km/h impressive is achieved before the quarter mile with a time of 9.70 seconds making the GSX-R600 Supercar quick.

Talking of the quarter mile, the GSX-R600 can actually dip into the high tens but today we see an 11.03 seconds time with a terminal speed of 130 mph.

If the stars aligned, I’d say the GSX-R600 is good for a 10.80 if the 60ft time could come down a little from more aggressive clutch work on launch.

The GSX-R600 still charges hard from there on with a 0-150 mph of 17.95 seconds though does trail the R6 and 636 which are class leaders. I think that this time could be improved upon too.

Once the GSX-R600 hits a real 150 mph acceleration really tapers off and you must really take advantage of the GSX-R’s roomier cockpit effectively to keep your body parts out of the wind.

Perfect conditions would allow for as much as 165 mph on the healthiest of bikes.