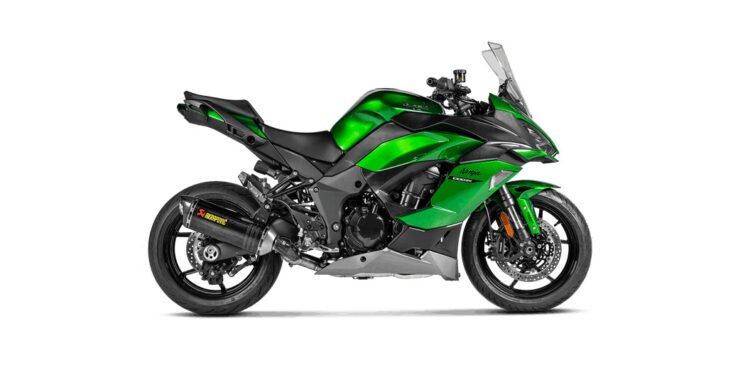 Below, we take a look at the Kawasaki Ninja 1000SX’s in-gear and outright acceleration through the gears, along with its top speed. 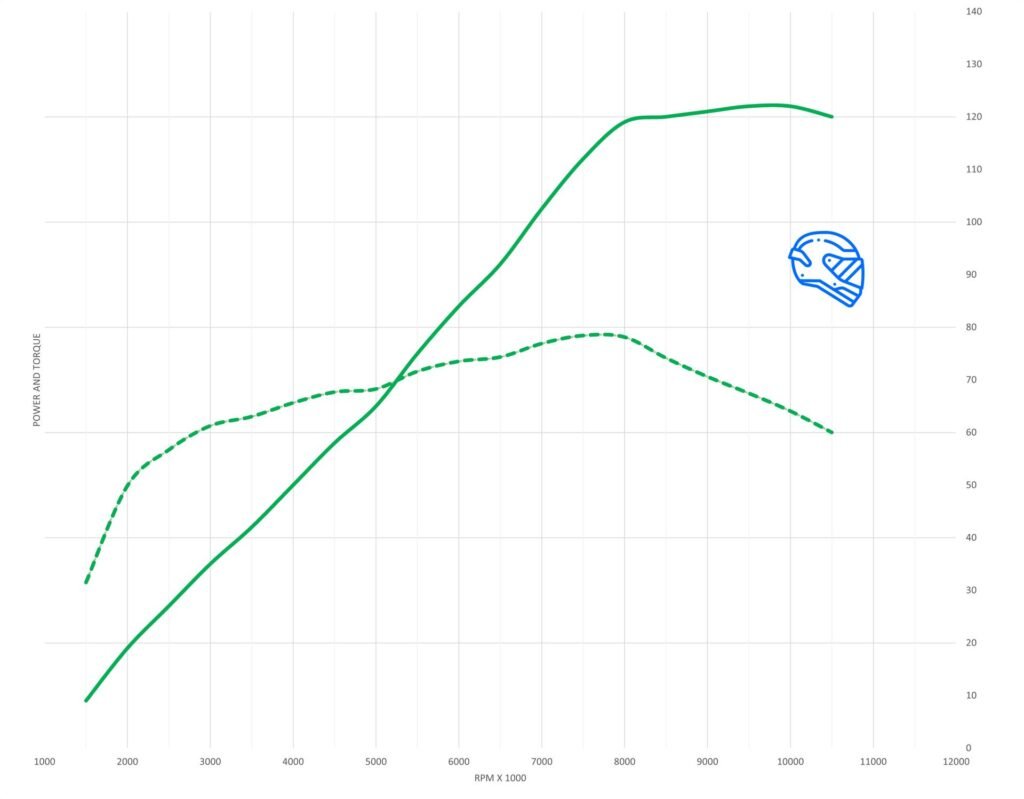 The power curves presented by many recent large-dicplacement four-cylinder Kawasaki’s are very similar in character and are very linear but have a steep upward torque curve that progressively builds making for a very willing and responsive engine character that is exciting.

Equally, Kawasaki has built-in great flexibility with the Ninja 1000SX being capable of driving effortlessly from as little as 1500 rpm in higher gears very smoothly and with no complaints or judder.

You can see the similarity in curves between the Z900 and the Z H2 so naturally, these engines have a similar character, with the Ninja 1000SX sitting in between though offers performance closer to the Z900 than the ZH2. 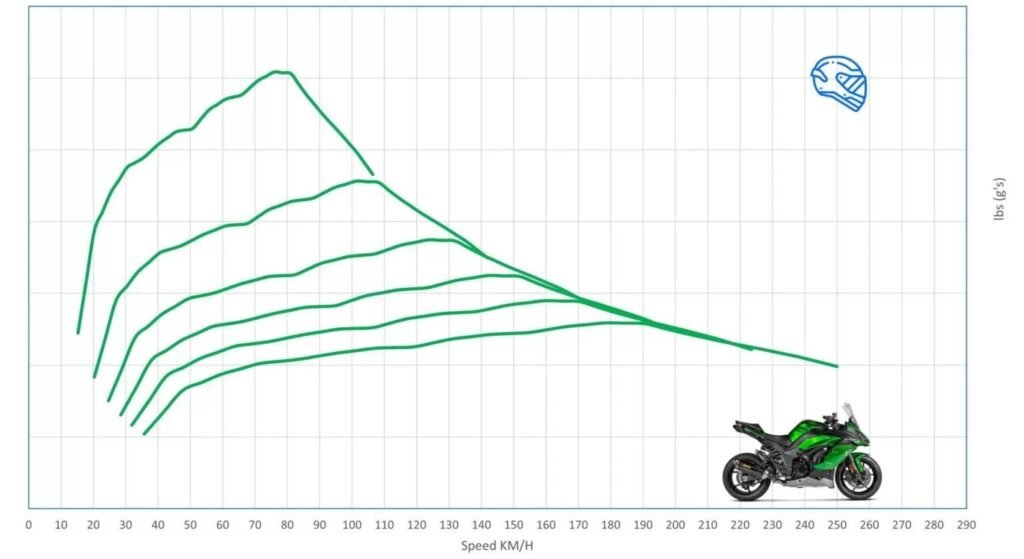 In fact, in the four gears, the Ninja 1000SX despite making more power and torque has almost exactly the same in-gear thrust as the Z900 but beats the smaller capacity engine sibling in fourth and fifth. Both have very similar gearing with the Z900 only getting close due to its lighter weight.

Against the ZH2 it is close with the Z having the edge in the lower gears but being remarkably close to around 8000 rpm in the remaining three gears which is a testament to Kawasaki’s clever gearing choice for the Ninja 1000SX as it really does get the most from the engine.

For roll-on and real-world situations, the Ninja 1000SX is a formidable machine offering instant and useable punch right where you need it. It’s the kind of performance that would surprise a napping Superbike rider on the latest 200 horsepower machine. 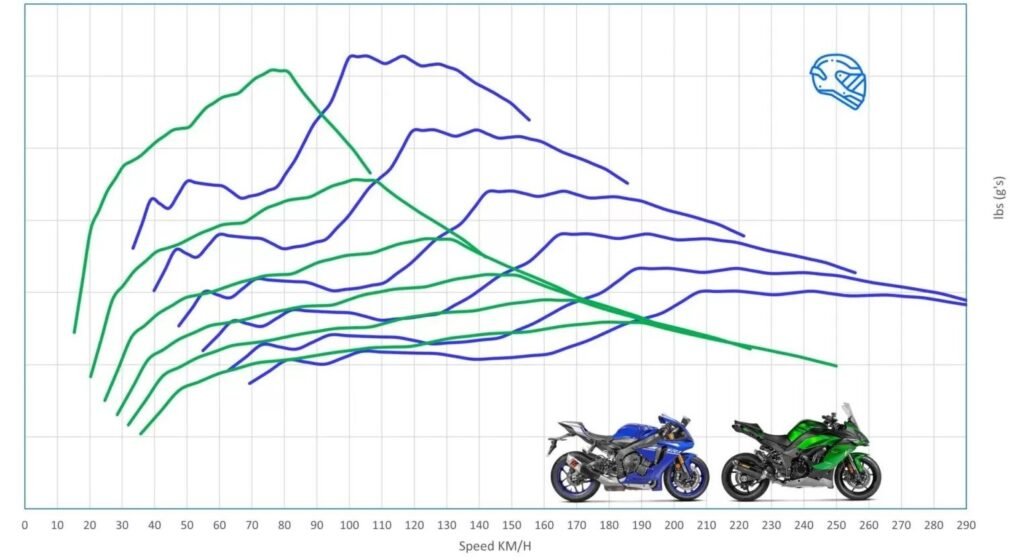 While this is not a comparison piece, to help you visualise the exceptional in-gear performance of the Ninja 1000SX’s, I have overlaid it with the thrust curve of the 2015 Yamaha R1.

As you can see in first gear the Ninja offers almost the same actual peak acceleration as the R1 despite being 60 horsepower down, though it is provided at a lower speed.

Gear for gear the Ninja 1000SX dominates the R1 with the R1 only waking up in the second half of its power curve, which in all gears is around the 8000 to 8500 rpm mark.

So, if both motorcycles are in the same gear, if the R1 is below 8000 rpm the Ninja will clear off.

Obviously, this is short-lived as once the R1 can use all its rpm range it will catch and pass the Ninja effortlessly though that would be missing the point.

On a twisty slow mountain road with a switchback, the R1 would have to be in first gear to have a chance while the Ninja 1000 SX could use first, second and third and punch from one corner to the next much easier and faster. 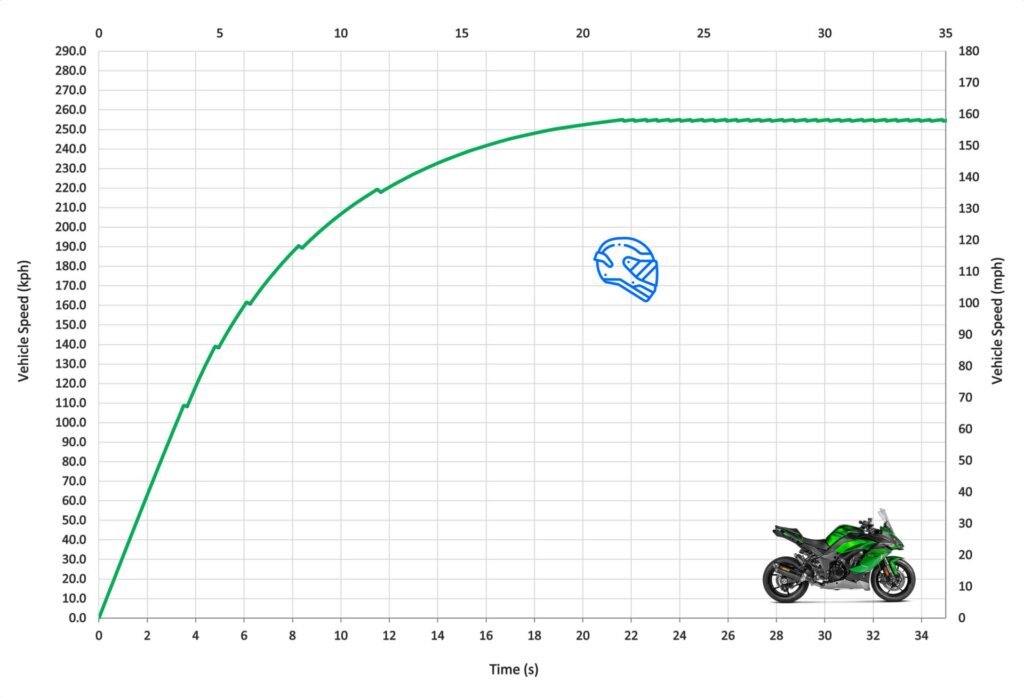 In terms of outright acceleration, the Ninja 1000SX would obviously be trounced by the R1 but off the line, the Ninja 1000SX is easier to launch and would be consistently faster from 0-60 mph all other things being equal.

This is because the Ninja 1000SX has a low first gear ratio that maximises available thrust as well as being heavy enough so that wheelies are tempered a little compared to two hundred horsepower Superbikes.

The sprint from 0-100 mph is also very fast at 6.10 seconds flat, making this sports tourer quicker than a McLaren F1. Not bad.

It does not stop there and is also quicker to the QM too at 10.81 seconds and a 132 mph terminal speed.

The Z1000 is a late 90s superbike quick, which may not sound too impressive but consider that this motorcycle is a torturing motorcycle. And it would brutalise most superbikes from that era and after in terms of roll-on grunt.

Kawasaki Ninja 1000SX’s have a restricted top speed of around 150 mph but if removed you’re looking at 159 mph at the rev limiter.

With the kind of power, the Ninja 1000SX makes, with longer gearing and a pipe and tune 170 mph is a very realistic prospect which is not bad for a sport touring motorcycle meant to chug miles and not play with the crotch rockets but it can.