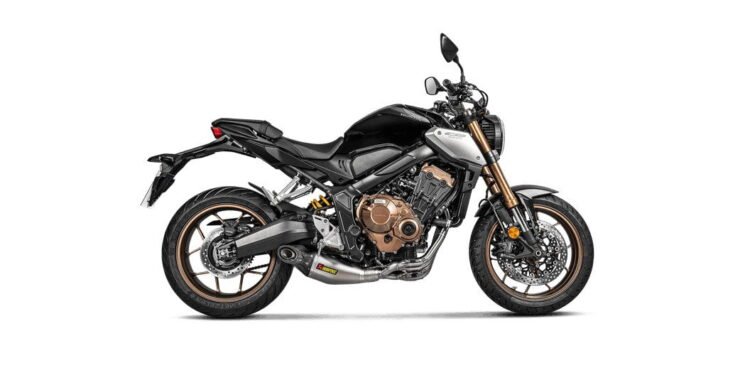 Honda’s CB650R is the replacement of the CB650F and is a naked version of CBR650R that replaced the CBR650F. Both were introduced in 2019 and are on sale today and compete with many other very capable motorcycles.

Powered by the same revised 649 cc inline four-cylinder engine as the sporty faired version and producing a claimed 94 horsepower at 11500 rpm.

Aimed at new and experienced riders who want an attractive-looking motorcycle that is comfortable and practical while providing big bike straight-line performance.

Honda had great success in the late 90s and all the way through the thousands with the Honda CB600F Hornet. The hornet is a naked motorcycle powered by the bulletproof Honda CBR600F engine.

In its slightly detuned format, the Honda Hornet made a claimed 96 horsepower at 12000 rpm.  It was a quick bike that thrived on revs and could reach 140 plus mph on a good day and in the right hands.

The CB650R we could argue is a modern version of the phenomenally successful Hornet that sold in the bucket load in all markets and even had a dedicated race series in the UK.

While both bikes look different, they are both attractive and funky looking and I’d say that the new CB650R is a worthy successor to the Hornet. It makes more-or-less the same power but benefits from more torque courtesy of the extra 50 cc and slightly lower state of tune. 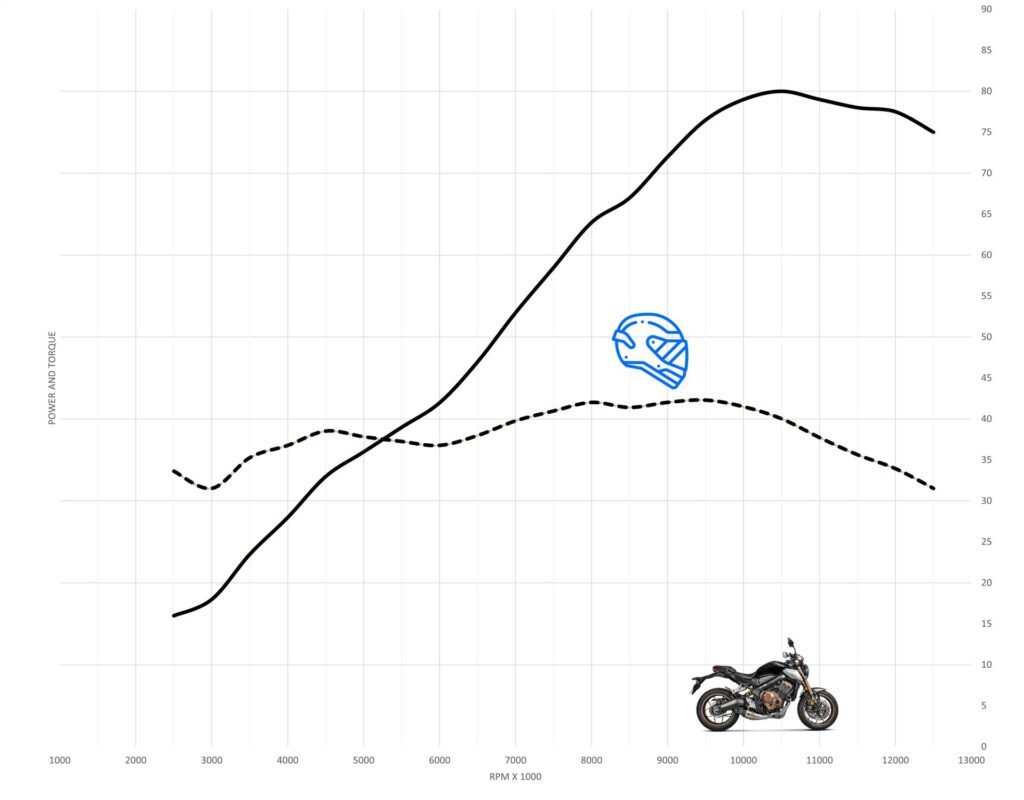 Our CB650R on the test also made a little bit less power and torque throughout the entire rpm range. I’m pretty sure that Honda has not changed the engine in any way, so I’d put the lower numbers down to the factors on the day or slight differences between bikes.

It is a little down on power compared to the Hornet which often makes around 5-7 horsepower more at peak.  It is not an amount that you’d notice much in isolation but perhaps could back-to-back. But this minor top-end deficit is made up between 3000 and 8000 rpm where the CB650R is stronger.

The engine of CB650R is also stronger than one of its main rivals the MT-07 but only in the top end as the MT-07 out grunts the CB650R in the bottom and mid ranges.

Either way, the engine is particularly good and exceptionally smooth in the typical Honda fashion we have become used to and is exciting like many high rpm fours that love to be revved out to their limiters. 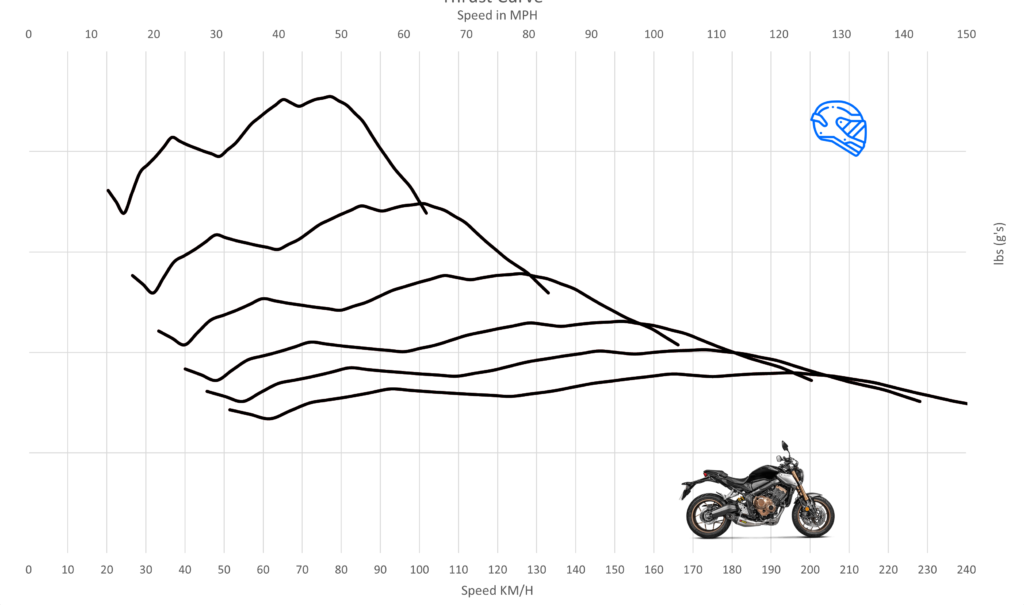 Like the CBR650R there is a welcome kick as the turbine-like thrust spools up at 6000 rpm as it drives you forward with good urgency through 12000 rpm.

It is no litrebike kick but is enough to get your blood flowing and to put a smile on your face.  The smoothness of the engine as well as good flexibility means that you can even chug around in fifth or even sixth in town and it will not complain too much and will still pick up relatively well.

Being a racy four-cylinder though naturally, it likes to be around the 5-600 rpm mark where it will respond well to throttle if you need to get a move on.

With the same engine and power and broadly the same weight the straight-line performance of the CB650R is very similar to the more aerodynamic and fully faired CBR650R version.

Just like the CBR650R, you should turn the TCS off as the CB650R in warm and dry conditions will not spin the rear at least to a point that the rider notices or to the point where performance is hindered.

It just does not have the power to do so but it seems that an aggressive dump/slip of the clutch has the TCS light on and the engine bogging down as if it has run out of fuel.

When the TCS is off, thanks to the Honda’s nice and light clutch that has a good feel, it is pretty easy to get the CB650R off of the line consistently where we managed a 0-60 mph time in only 3.39 seconds which is only 0.09 slower than the CBR650R. 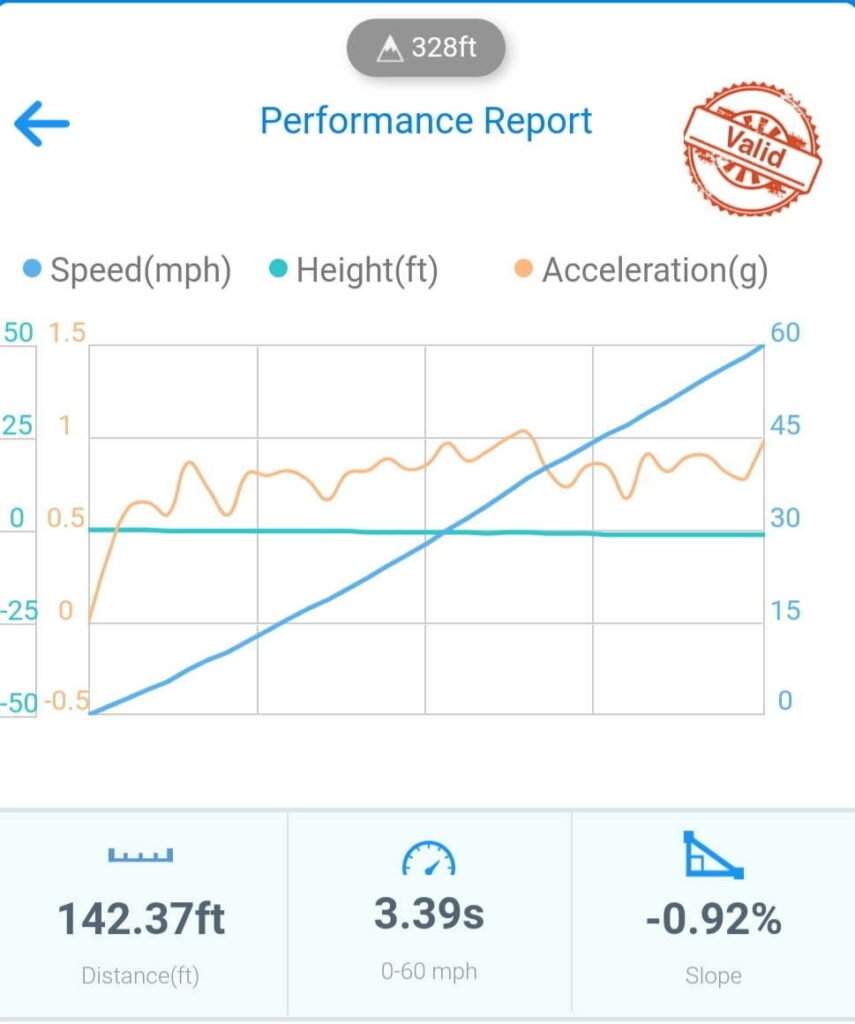 60 mph from zero is achieved in first gear like most 600 cc plus motorcycles. For the Euro, Canadian, and Aus folk the 0-100 km/h time for the CB650R is managed in 3.55 seconds. Brilliant times for a naked entry-level motorcycle.

I have heard that Honda claims a 0-200 km/h time of 14 seconds for the CB650R but we managed 15.11 seconds, which is still a great time though is beaten out by the CBR650R which manages it in a very competitive 12.5 seconds.

The CB650R is impressive over the quarter mile managing 11.80 seconds with a terminal speed of 115 mph and just beats one of its main rivals the rowdy MT-07 by a fraction of a second. Anything that gets in the 11s is a seriously quick machine!

From 80 mph above the fact that the CB650R is naked does start to eat into its 80 horsepower and is why the CBR650R has better ET’s the faster we go.   You can mitigate if you are small and really get as low as you can, but nothing beats a good fairing and screen.

While the CBR650R does have faring and screen it does not offer the best protection as the screen is low but it is still more aerodynamically efficient than the CB650R.

After many runs, we managed 137 mph flat in top gear with the rpm just under 11000 rpm. I would say that the CB650R has a little more to go so your results may vary but being a naked motorcycle you are very much at the mercy of the condition on the day.

130 mph /210km/h is a realistic top speed for most as you will run out of road as you chase that last few mph.

It’s nearly as fast as the CBR650R but a better comparison would be against the MT-07.

We already compared the CBR650R with the MT-07 as we did not have access to the CB at the time.

Of the very many entry-level sport or naked bikes the CB650R is up there with the fastest.

From the traffic lights, you can smoke all but the fastest of cars while also keeping up with your friends. It’s only on highways or big, long straight roads that its 80 horsepower and the fact that it is naked means that bigger bikes and faster cars will be able to gap you.

But the CB650R has the Ninja 650 and MT-07 just about beat for pure straight-line performance and will easily duff up the smaller capacity Ninja 400 or CB500R or CBR500R. 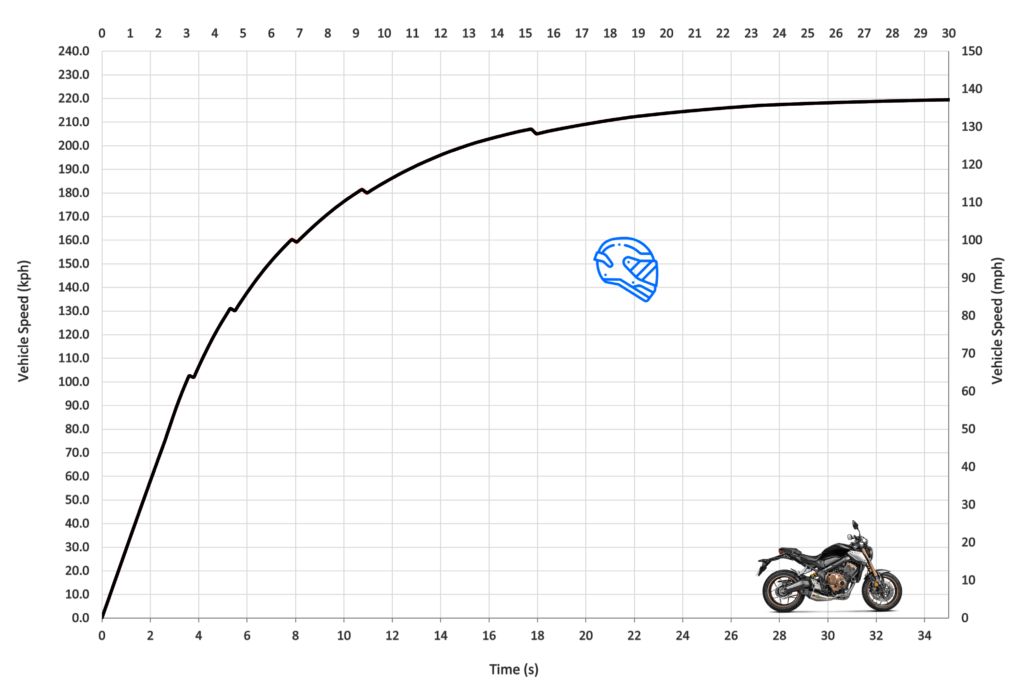