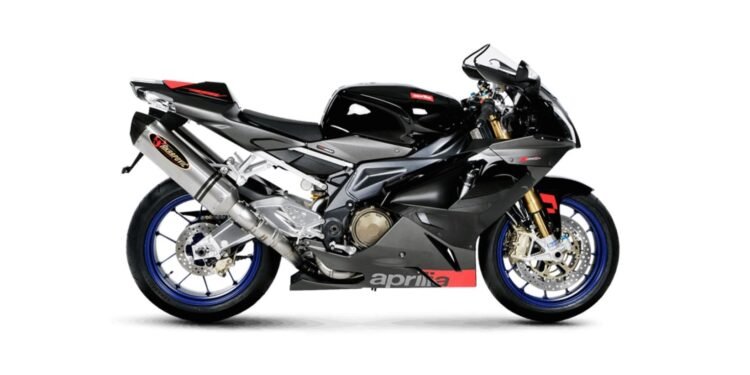 A look at the Aprilia RSV 1000’s engine performance, top speed and acceleration. 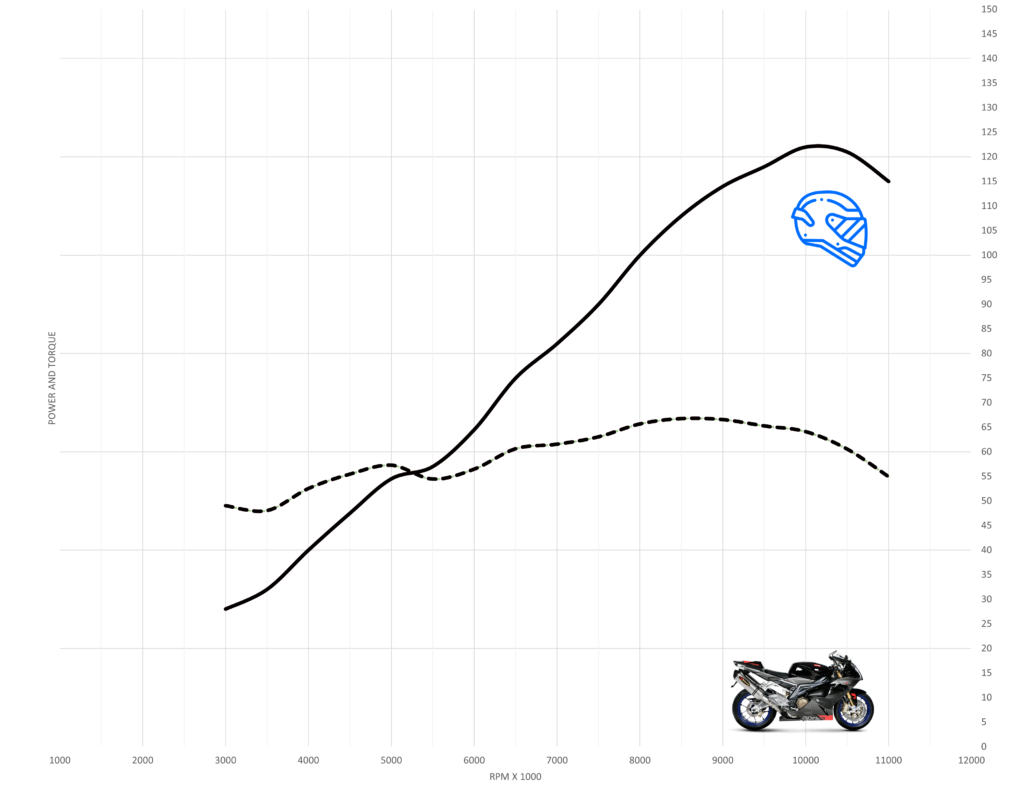 It is actually a real ‘V-twin’ unlike many competitors that are L-twins but are often mistaken or mislabelled as V-twins courtesy of the angle that their cylinders are opposed which is at 90 degrees that form something looking more like an L shape rather than a V.

It produces a claimed 143 bhp as opposed to 128 horsepower of the original, which is a healthy gain of 12 horsepower.

Suzuki’s (at the time) discontinued TL1000R was another competitor as well as the TL1000S which was the street version but still very much a Superbike.

Despite the claimed numbers the Aprilia RSV 1000 had to worry more about its 1000 cc equivalents than it did the new Ducati 1098 as the on-paper advantage the RSV had did not quite have the real word edge that one would assume over its 1000 cc rivals.

There was nothing wrong with the RSV 1000’s 123 horsepower peak figure at the wheels, though it often matched or only had the edge on rivals at peak by a few horsepower.

On the dyno, they made similar peak numbers with the RSV maybe having a 3-4 horsepower advantage at peak despite the extra 20 claimed horsepower.

Some of that extra claimed horsepower may have come from the RSV’s ram system though typically at high enough speeds this might equate to around 5 or so horsepower.

The engine also is not as torquey as rivals peaking at around 66 ft/lb at the wheels which is some way off the claimed 78 ft/lb at the crank.

Rivals were putting out mid-70s at peak as well as producing more power and torque across the entire rpm range compared to the RSV.

As a result, the engine character is not what we would expect from a 1000 cc twin of this era, with it being an engine that really needs to be at the northeastern side of the tachometer to get the best out of it. 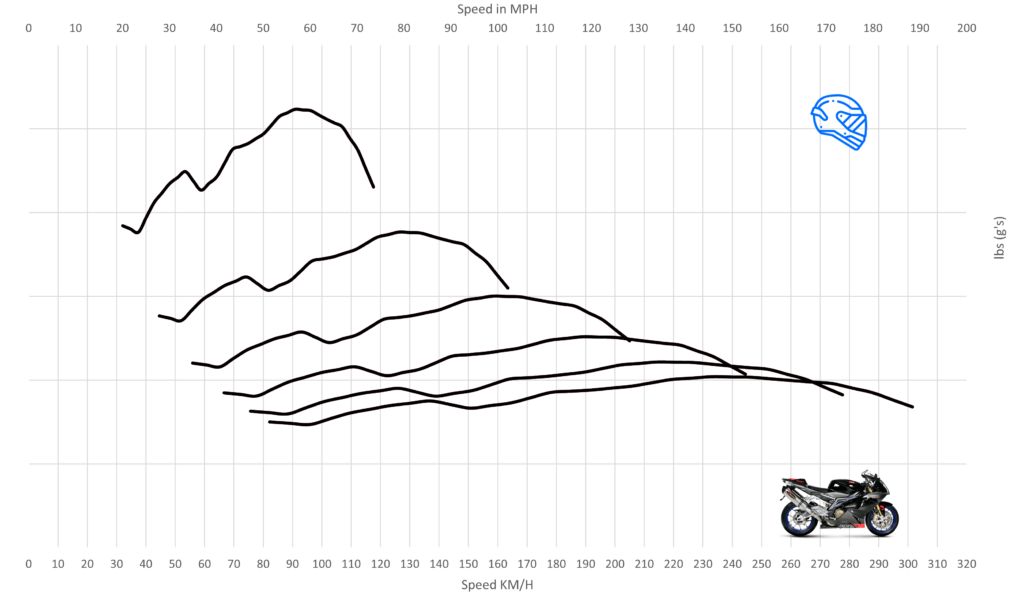 This need to thrash the engine is further exasperated by the longer than necessary gearing not best suited to the engine output which does make the engine feel a little lifeless anywhere below 6500 rpm.

The RSV would need to make similar power and torque throughout the rpm range as rivals and it might pull with equal urgency from the bottom and midrange. Also, the gears are quite widely spaced apart too.

Even when you get the engine spinning between 8000 and 11,000rpm which is where it works best, the provided acceleration from the seat is not as explosive as you’d like or might expect. Though its speed is deceptive.

When taking it easy there is of course enough low and midrange torque to not necessarily need to change down a gear.

The engine just does not pick up and go as well as its rivals of the time and feels rather flat through the midrange and then does not charge as hard from 6000-7000 rpm as many rivals do. 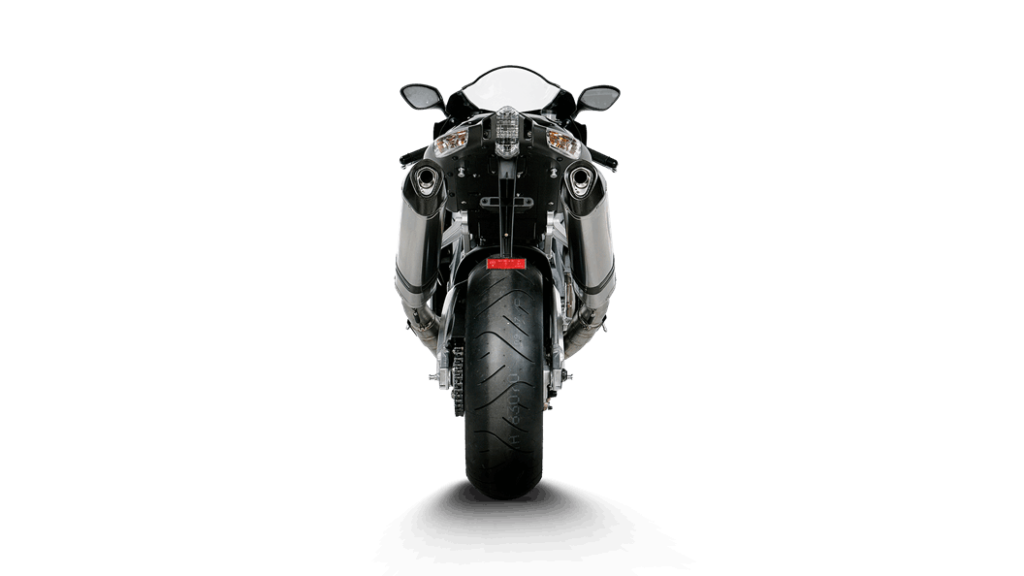 It’s not all bad, as right up in the last part of each gear, and generally above 9500 rpm, the RSV pulls harder than rivals such as the TL1000R and Honda SP2.

This makes sense as the RSV1 000 is one of the higher revving twins of the time and holds onto its power a little longer. So top end pull is on point.

This engine as stock is more suited for a fast racetrack with sweeping corners where you exit with the tacho right up high in the rpm, which is where this engine feels most effective.

The slow-stop start stuff on the street brings out the worst of what it has to offer.

To be fair to the Aprilia, the RSV is a very focused Superbike designed for the track and with very little road bias as some of the Japanese bikes of the time catered for.

Also, much of these criticisms can be easily remedied with a cheap sprocket change to lower overall gearing and increase the thrust at the rear wheels.

It’s something that I would do if I owned one of these, then of course pipe and tune it to get the best out of it.

These engines respond very well to modifications and become a totally different beast. 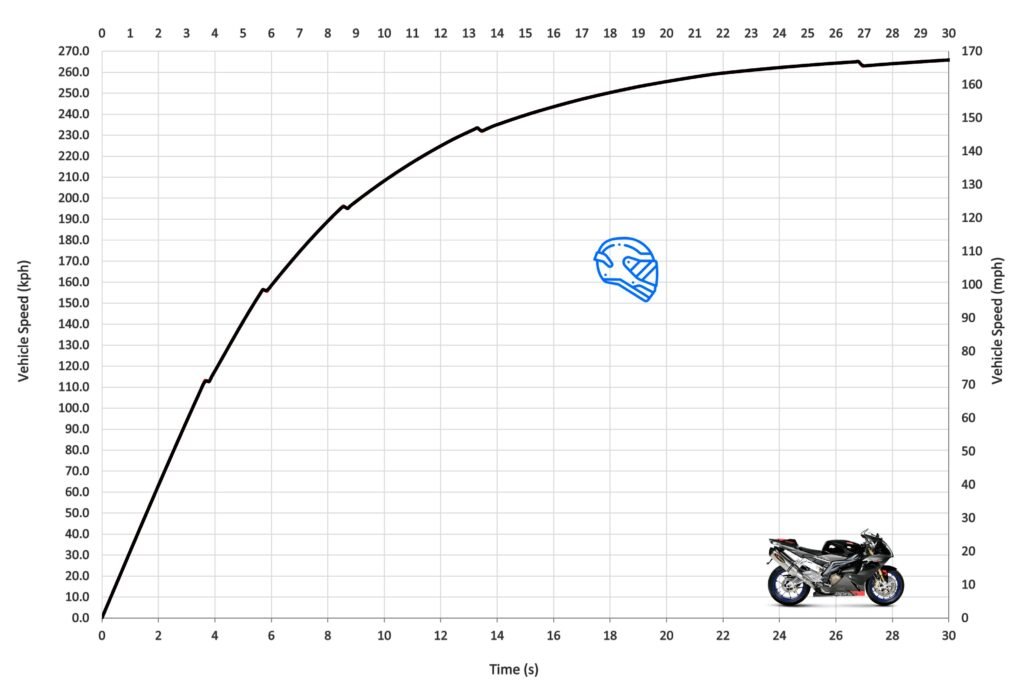 Despite the negativity to the RSV 1000’s engine, it delivers when it comes to outright acceleration through the gears and is faster than many of its 1000 cc twin cylinder rivals but is eclipsed by the Ducati 1098.

Thanks to the longer gearing and the more linear power delivery it’s not hard to launch the RSV1000 effectively.

The willingness to wheelie is kept in check when launching hard despite having to aggressively slip the clutch at around 7000 to 8000 rpm to ensure the most optimum launch.

The RSV1000 will do almost 75 mph in first gear if you rev her right out, and for best straight-line ETs you should be changing up between 10,500 and 11,000 rpm and no short shifting in first is advised.

The ET to 100 mph potentially could be quicker as in second gear right at the limiter is a fraction off 100 mph but very hard to time without hitting the limiter so for the sake of consistency a gear change is required at slightly below 100 mph which hurts the time a little.

Quarter mile times are consistent as launching is not too hard, and once into second gear the RSV1000 is very settled as the (not so punchy) 120 horsepower and long gearing ensure that you can pin the throttle flat without worrying about wheelies or wheel spin.

This RSV will dip under  11 seconds all day long with a competent rider though 10.60 seconds @ 133 mph is about the best most will see.

The RSV’s quarter-mile time is pretty much in-line with its rivals though due to the big protective faring and good aerodynamics the Aprilia RSV1000 is stronger from 130 mph onward than all but the Ducati 1098.

That impressive top end of the RSV1000 means that it has the edge when it comes to top speed recording an impressive 168 mph.

There is probably a bit more in it too as there have been a few RSV1000s that have cracked 170 plus mph without much trouble.

Take your pick of gears, as like many 1000 cc twins they’ll often achieve their respective top speeds in either fifth or sixth gear.

The same is true for the RSV1000 as in sixth its theoretical top speed is close to 190 mph but as stock does not have the power to pull it.

Fifth gear will take the RSV 1000 to a theoretical top speed of around 170 mph.

With a full system and tune, it would not surprise me if the RSV1000 nudged on a real 180 mph in the right conditions thanks to its good protection from the elements and slippery fairing.