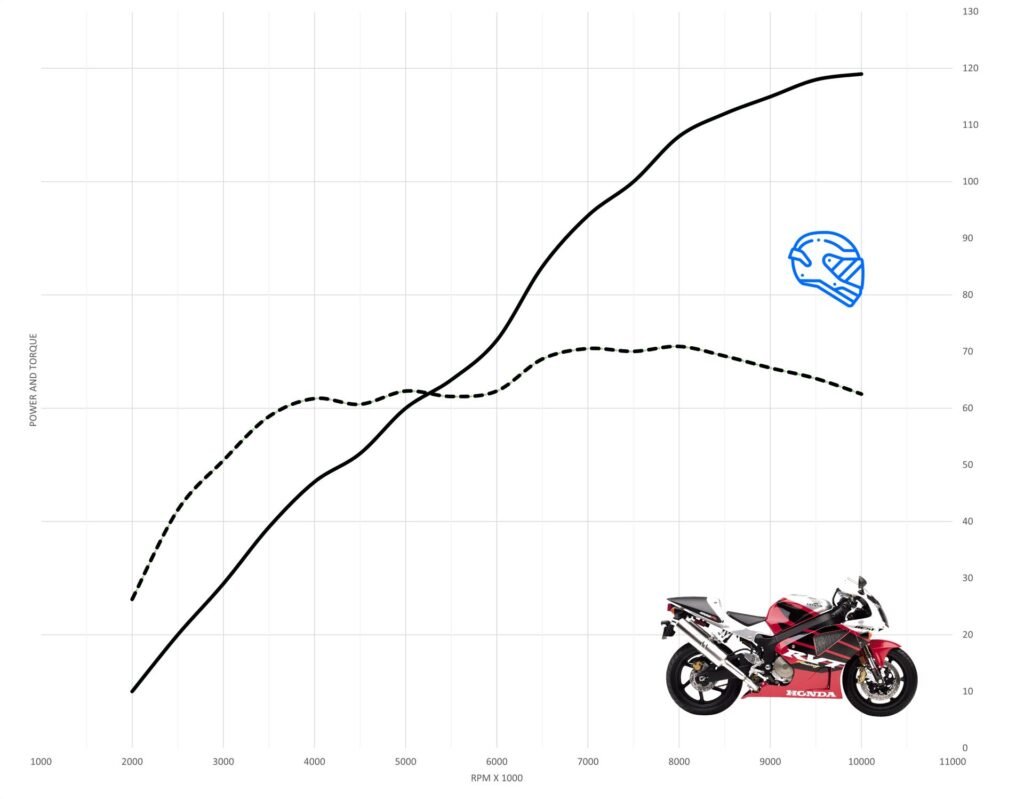 On the road, the engine feels linear and flat though like many 1000 cc Superbike Twins the engine does pick up nicely from 6000 rpm, though this surge on the road does not feel quite as pronounced as looks on the dyno.

The SP1 (RC51) for its day was a very powerful and fast motorcycle and was one of the faster of the 1000 cc twins but still did not hold a candle to the fours such as the R1. 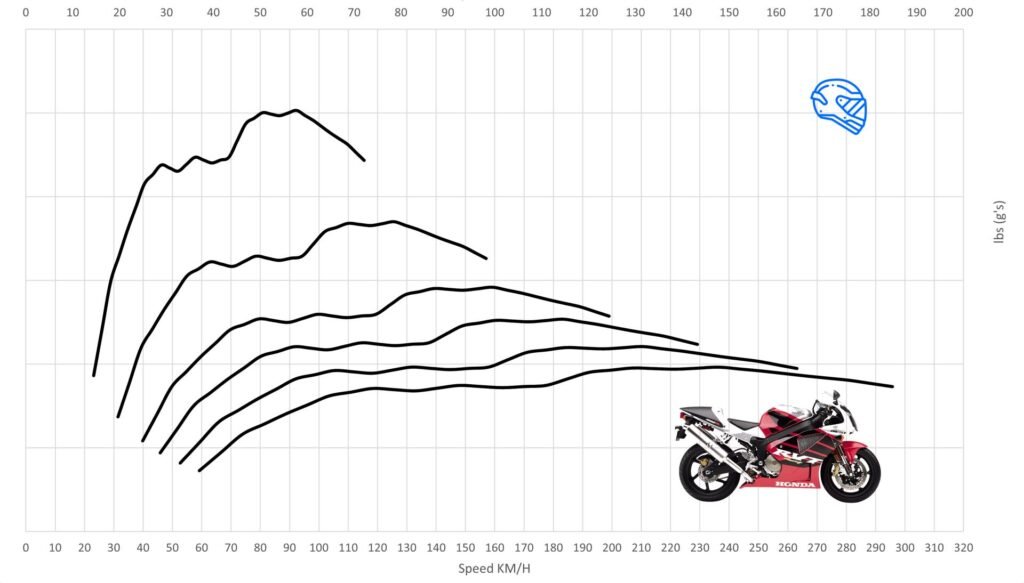 The first and second gears are spaced quite wide with a 30 mph speed difference between the two with the remaining gears spaced quite close comparatively. This is typical of many homologated Superbikes.

Like many 1000 cc L2 top gear was a little longer than it needed to be with an almost 190 mph top end if hitting the rpm limiter which is a speed the SP1 had no chance of getting to with its 120 horsepower engine, though it taking into consideration its ram air, this, of course, would have added a few horsepower right at the top and at silly speeds.

The Honda SP1 (RC51) is responsive in all gears though really needs fourth gear for good acceleration from highway speeds while four-cylinder motorcycles of the same era will pull just as hard in top due to running lower gearing and having similar torque in the midrange.

This is typical of 1000 cc L2’s as they run longer fourth, fifth, and sixth gears comparatively.

The Honda VTR1000 SP1 (RC51) is no slouch and was considered amazingly fast for its day.

By today’s standards, it still moves well and can match or beat many motorcycles from the 0-60 mph sprint.

That’s because 120 horsepower with an extra 20 kilograms over newer rivals is easier to get the most of if we are comparing to 190 horsepower and 20 kilograms lighter Superbikes of today. Sometimes less is more.

The 0-100 mph for the SP1 (RC51) is an impressive 6 seconds flat making it faster than pretty much all 600 cc Supersport bikes from a dig.

You die-hard L-Twin guys, might not be too chuffed to know that the SP1 offers 600 cc performance all the way to flat-out as the 0-150 mph time suggests with the SP1 (RC51) managing the sprint in 16 seconds flat which makes it 600 cc fast, and slower than a modern sub 1000 cc L2 Superbike such as the Panigale V2.

The top speed of the Honda VTR1000 SP1 (RC51) is 166 mph and can almost be achieved in fifth right at the limiter or sixth gear but the revs will not move much once hooking sixth.

In top gear, there is more rpm to go so a full exhaust and custom tune would have the SP1 (RC51) pulling a real 170 mph plus.