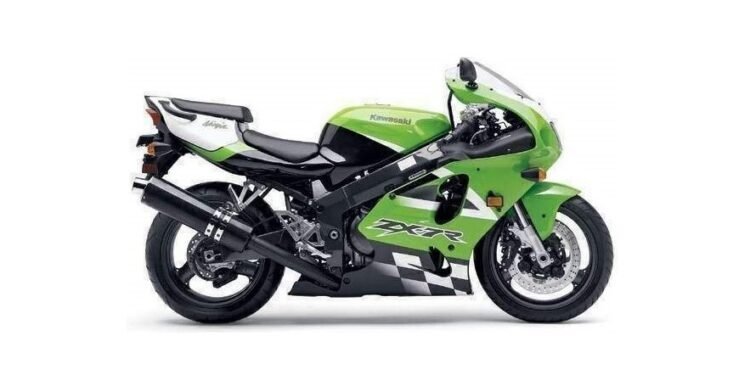 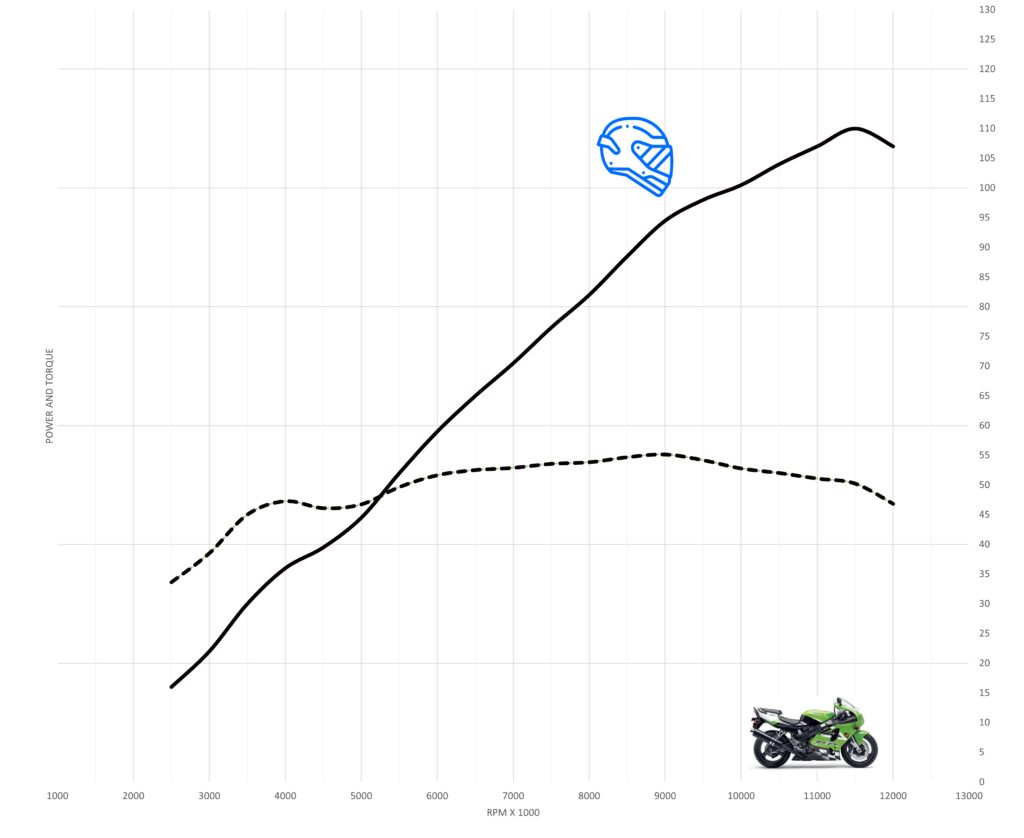 Kawasaki’s ZX-7R replaced the stunning ZXR750 back in 1996 and was Kawasaki’s flagship Superbike at the time though not the fastest. It ran alongside the ZX-6R and ZX-9R and made up the ‘Ninja’ series of motorcycles at the time.

The 1000 cc class as we know it today was yet to be firmly established.

Instead, on the road, we had a mix of engine capacities competing with 750 cc Superbikes such as the ZX-7R, GSX-R750, YZF-750 etc competing alongside 900 cc motorcycles such as the CBR900RR and ZX-9R.

Among them were also 1000 cc twins too with the latter only being eligible for WSBK of the motorcycles displacing more than 750 cc.

Even back in the late 90s and within the 750 class the ZX-7R was seen as heavy and underpowered, especially so against the Blade and Kawasaki’s own ZX-9R, while Suzuki’s legendary SRAD GSX-R750 could trade blows with those larger capacity motorcycles in a straight line.

The GSX-R750’s engine was a step up from the ZX-7R and made 10-15 horsepower more at peak. The Ninja 750 had the edge at lower and mid-rpm but the Suzuki dominated up top.

The 600s of the time were a little less powerful though as fast as a ZX-7R due to them carrying considerably less weight.

The Kawasaki ZX-7R is powered by a 749 cc Inline four-cylinder engine producing a claimed 122 horsepower at 11,700 rpm and 58 ft/lb at 9500 rpm and weighed around 227 kg wet which was one of the heaviest bikes in the class by a country mile.

Power at the rear wheel equates to 110 horsepower and 55 ft/lb. The power delivery is flat an uneventful but surprisingly flexible and not what you might expect from an extremely focused Superbike of this calibre. 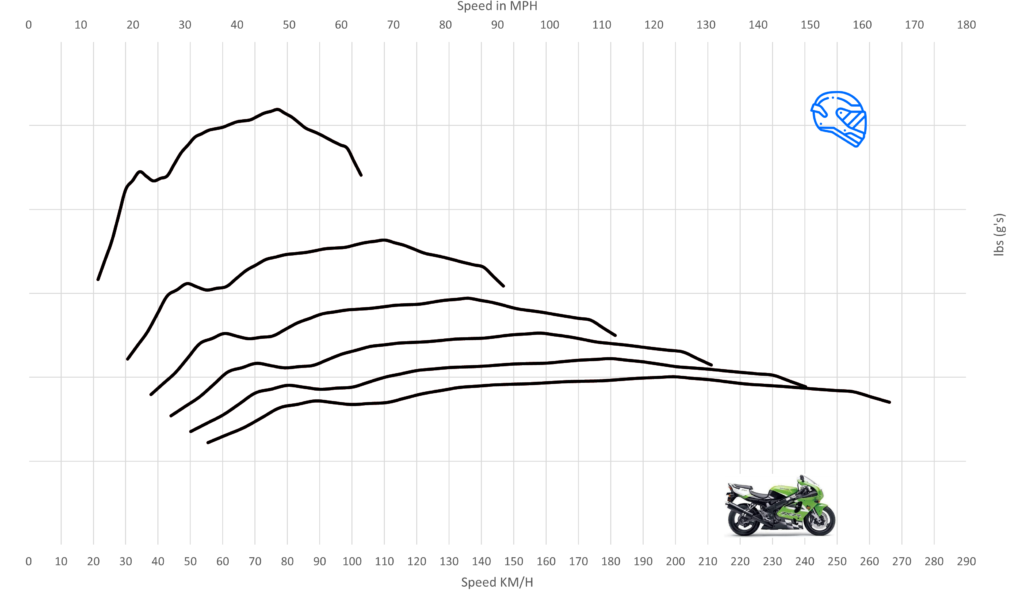 The Kawasaki ZX-7R pulls nicely from as little as 3000 rpm but the tachometer is most at home between 5000 and 9000 rpm in the first four gears.

Here you’ll find that there is great drive available and is where the ZX-7R is most at home, but the drive could be better.

Ironically the ZX-7R engine works better suited on the road than on the track which is the habitat it was designed for.

On the road, the available power is easy to access and without the need to constantly chase gears quite as much as rivals of the time.

On the track where rpm is typically in the last third of the tachometer, so It’s from 9000 rpm where one expects that inline four-cylinder rush as experienced on many other race-orientated machines, but it never arrives.

Instead feeling a little breathless up top.

The ZX-7R engine does not feel like a Superbike engine at all and never did but does sound like one with its very nice evocative and addictive induction noise.

This was one of the major critiques of the engine at the time and as things have moved on in the last 20 or so years, today the engine feels even more underwhelming against new stuff. But that’s not really fair.

It is not all bad as most of the time and in real-world situations, the engine is good, especially so in isolation, and does well to propel the Kawasaki’s vast boat-like weight.

The very linear delivery combined with decent bottom and midrange ensure that the soft top-end feels even softer than it is though.

Up against any 600 of the last 20 years, you can’t be lazy with the gearbox and be thinking that the extra 150 cc has you covered, as those little 600s make similar power but must propel 30-40 kg less.

This extra weight really does make a difference.

Gear for gear engine performance, for the most part, is not too dissimilar to that of a ZX-636 but the smaller sibling pulls a little harder for the last two-thirds of each gear from second gear to sixth, though does need more rpm due to having lower gearing.

Gearing is about right so Kawasaki did a good job but the gap between first and second is a little wider. First could have been a little longer without sacrificing town work. 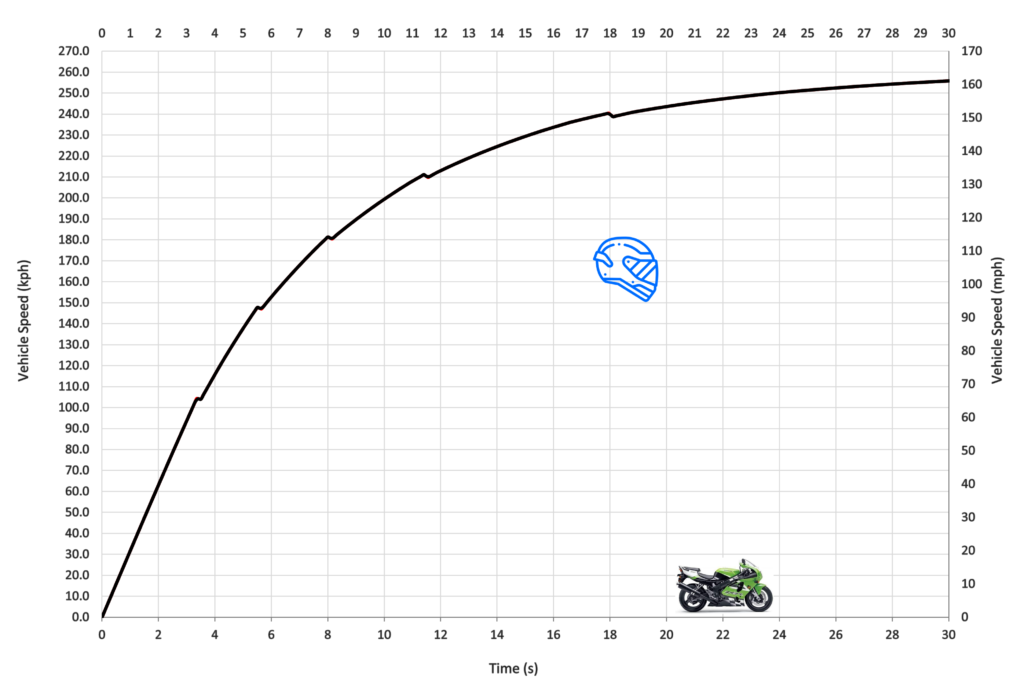 The ZX-7R was never a benchmark setter and was one of the slower motorcycles in its class and is more comparable to 600s in outright acceleration.

Against newer machines and even non-Superbikes of today, the ZX-7R’s performance is average at best. Even machines such as Aprilia RS 660 are not far off.

Being long, low, and heavy comparatively, the ZX-7R is not particularly hard to launch. You have almost zero concern for wheelies only unless you are overly aggressive with the clutch.

Power wheelies in first gear are almost impossible unless you roll off and back on hard at around 8000 rpm in first. Only then it may lift.

What all of this means is that the Kawasaki ZX-7R is actually very quick off the line, despite its girth and conservative power figure of 110 horsepower.

he power it has can be put to the ground quite efficiently and without wheelies or wheel spinning adding to the challenge of effectively launching. TC and wheelie control are not required.

Both of which are achieved in first gear. This time to sixty mph makes the ZX-7R as quick as almost anything out there despite being heavy and underpowered.

Thanks to the good time to sixty, this helps the ZX-7R arrive at the ton in under seven seconds with the sprint from 0-100 mph at only 6.52 seconds.

The ZX-7R is typically an eleven-second bike though sub 11 is possible for the quarter-mile sprint with our best of 11.01. The terminal speed as it crosses the line at a respectable 128 mph which is in line with many 600s.

For the best ETs you must change up the clunky gears pretty much dead on 12,000 rpm as the ZX-7R does not have a wide spread of power at the top and could be seen as a little peaky if really chasing those ETs.

For some comparison, it’s from 130 mph where many modern 600s would start to edge away, despite the Kawasaki’s good aerodynamics and roomy cockpit allowing for some good protection from the elements.

After around 30 seconds from launch, if conditions are not unfavourable the old Kawasaki ZX-7R will hit a very respectable 162 mph top speed.

There is probably a little more in it with a long enough stretch of road so your results may vary.

In straight line and engine performance terms, you can think of the ZX-7R as a more flexible and less frantic 600 cc Supersport that is much less exciting.

It will provide comparable performances without having to thrash it as much as you would typically with a 600.