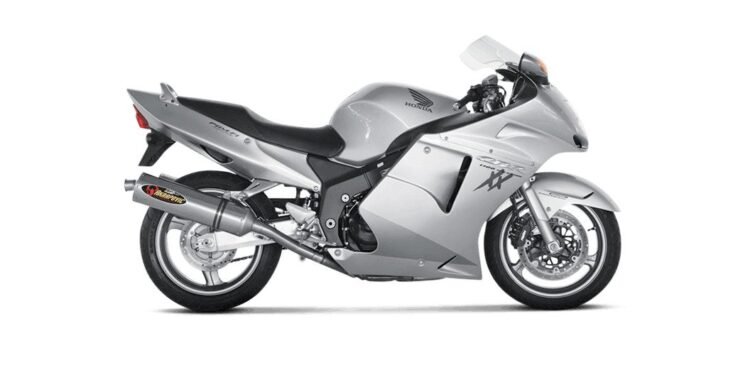 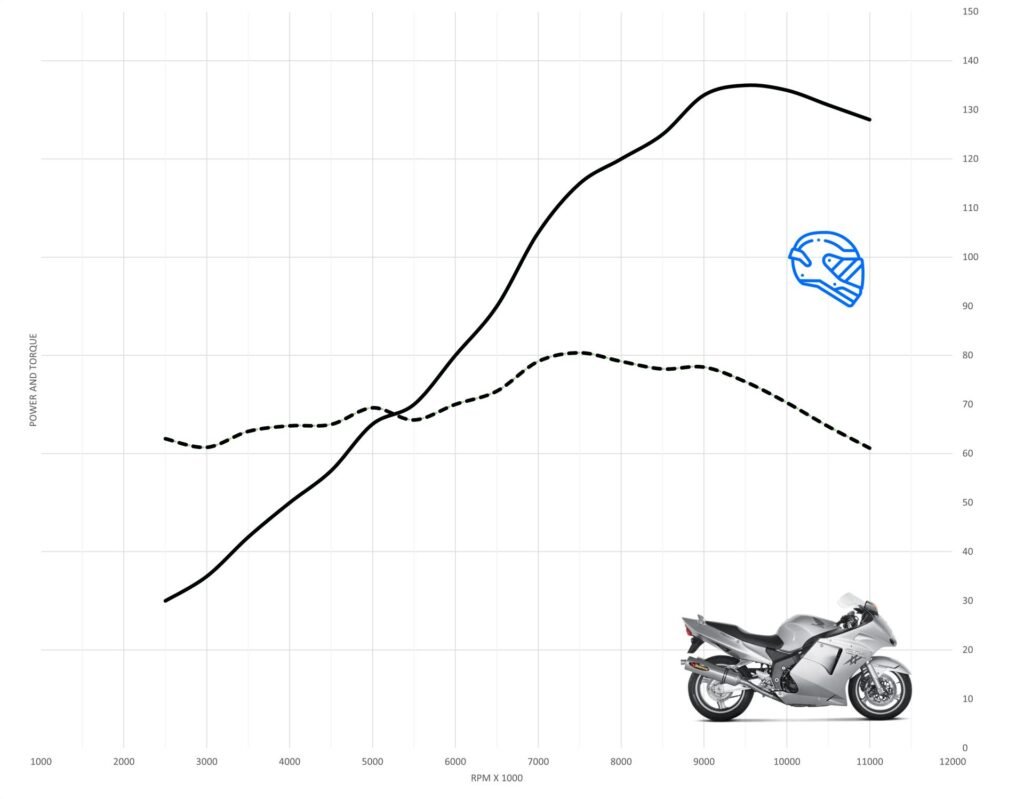 Honda’s CBR1100XX Super Blackbird was one of the most powerful motorcycles back when it was released in 1996. Honda claimed 164 horsepower at the crank though the Honda was not so impressive at the rear wheel making 136 horsepower.

I say disappointing, as typically motorcycles lose around 10% of their claimed power as it is transferred from the crank to the rear wheel, and is lost via transmission losses. So many expected a nudge under 150 horsepower at the wheels.

Even if the Blackbird made a little less than expected, the power it made was more-than-enough to propel the Super Blackbird to become arguably the fastest production motorcycle in the world at the time.

Kawasaki ZZR1100 owners may disagree but whatever side you find yourself on the Honda undoubtedly is an incredibly fast motorcycle.

The Blackbird is powered by an 1137 cc inline four-cylinder engine and made 136 horsepower at around 9500 rpm.

Peak torque was an exceptionally strong 80 ft/lb at 7500 rpm which makes for a very robust and strong engine that has an effortless and wicked turn of speed. 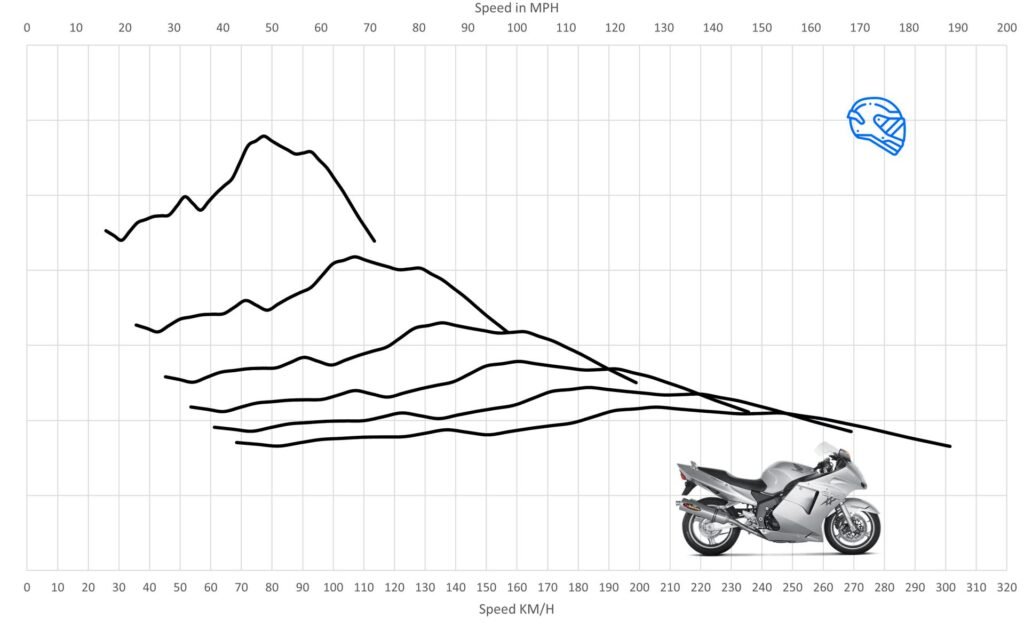 The extremely smooth and turbine-like engine can pull top gear from barely over tick-over with zero complaints and would then drive ballistically hard without the need to change up. It accelerates really fast regardless of the gear you are in.

The engine has two characters, one below 6000 rpm and one above.

Below the CBR1100XX offers plenty of grunt for easy overtaking but if you need more it will certainly deliver the goods as it picks up strongly from 6000 rpm and accelerates like a missile right up to 11000 rpm.

In terms of twist-and-go, the Blackbird may be bettered by the likes of the ZX-12R, 14R, and all generations of the Hayabusa.

The Blackbird even plays second fiddle to Honda’s very own VFR1200 but regardless the Blackbird still delivers amazing engine response irrespective of what gear you are in or rpm you are at. 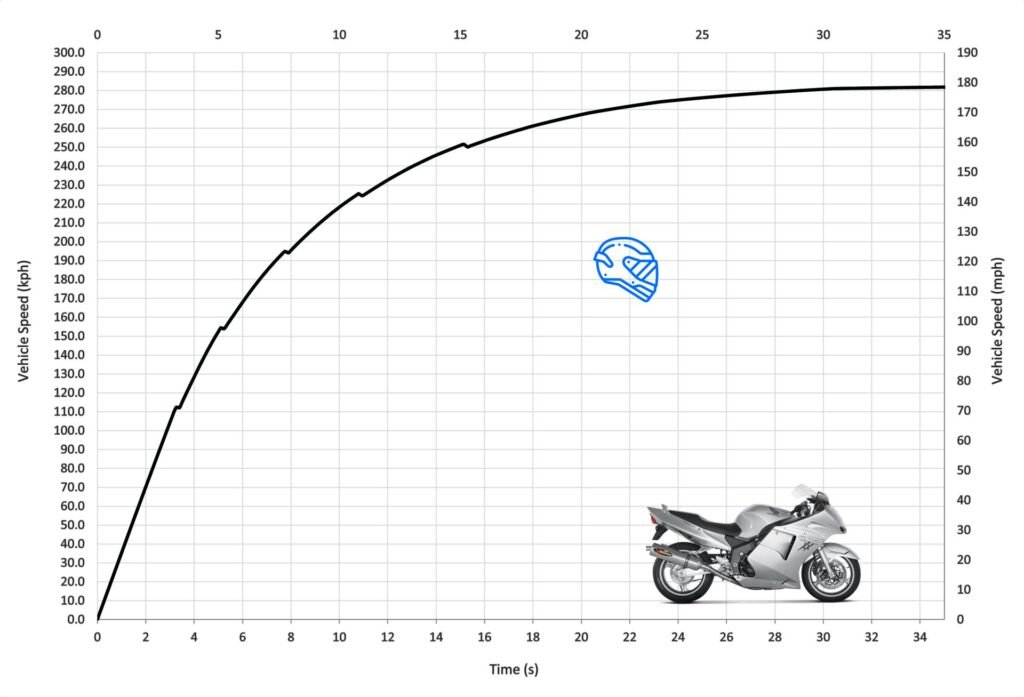 Super Blackbird Acceleration from a rest

Back in 1996, it was a battle between the ZZR1100 and the Blackbird for the fastest accelerating and highest top speed for a motorcycle.

Both motorcycles are remarkably similar, but the Blackbird likely has the edge.

Today the Blackbird would get edged from 0-150 mph by a Panigale V2 but that does not mean that it is slow, just that everything else has gotten faster in the last 20 years or so.

Still, though, the Blackbird shines at the very least from a dig.

Due to its long wheelbase and extra girth, it is an absolute weapon from a stop. Sub three seconds zero to sixty times are effortless; with not much effort the Blackbird will accelerate from 0-60 mph in only 2.77 seconds and 0-100 km/h in 2.83 seconds.

The sprint from 0-100 mph is equally impressive at only 5.62 seconds making it just as fast as any modern Superbike. 0-200 km/h which is an extremely popular benchmark in the car world is ticked off at only 8.35 seconds.

The Blackbird is not bad at the strip either and manages 10.38 seconds with a terminal speed of 137 mph. It would not take much to get one in the high 9s.

The Dragy 60-130 mph time is pretty straightforward with no wheelies affecting the potential time, with the Blackbird pulling off a respectable 6.36 seconds.

With a long enough stretch the CBR1100XX Super Blackbird will hit a genuine 178 mph which does not sound that great by today’s standards but at the time was 10-15 mph faster than the Superbikes of the day.